This app tells you if your job listing is sexist 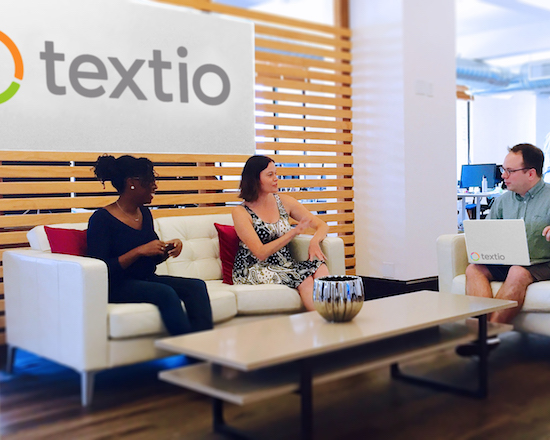 As many progressive pundits were predicting a presidential landslide for Hillary Clinton, Kieran Snyder, cofounder of Seattle-based startup Textio, was seeing a very different picture emerge.

Snyder's company uses machine learning to figure out the effectiveness of words in communicating to specific audiences. Textio revealed that Trump’s frequent use of phrases like “beautiful family” and “wonderful team,” and references to his “(beautiful) pregnant daughter” in campaign speeches would appeal to white women voters. Snyder saw these patterns emerge as early as March.

At last count, 53 percent of white women reported voting for Trump. You know the rest of the story.

But Textio is not in the business of predicting elections — at least not yet. Instead, it helps employers figure out which words in a job posting attract the best candidates, including how to draw in a more diverse pool of applicants.

It's potentially a big deal for the tech industry, which has struggled to shake its well-earned reputation for being overwhelmingly male and white.

Textio’s focus on job ads and outcomes started when Snyder, a linguist, began analyzing how gendered business language can be. After a blog post she wrote on biased words in performance reviews went viral, Snyder was approached by HR leaders to help solve one of the biggest challenges in technology today: recruiting.

“Many HR and diversity leaders we spoke to were spending so much money trying to hire smarter, but had no quantitative way of measuring what worked to do that,” she says.

Using machine learning, she was able to determine that job listings with words like “genius,” “rockstar” and “overachiever” are much less likely to get women to apply than those with phrases like “highly determined” and “learn new things.”

Today, companies like Microsoft, CVS and Johnson & Johnson use Textio, which scores job ads on how effectively they will attract qualified applicants, and their likelihood of appealing to female candidates.

“On average, hiring teams with a 90+ Textio Score recruit a talent pool that is 24 percent more qualified with 12 percent more diversity — and they do it 17 percent faster,” according to the company's website. Progress is measured from baseline analysis, and tracking quarter-over-quarter improvements in hiring, a spokesperson for the company tells me.

The company just released the Textio Index, a public database analyzing job listings for nearly 60,000 companies globally. “If you’ve had more than 20 job postings in English over the last year, you’re in the index,” Snyder tells me. Any company can look up where it stands against peers on effectiveness and equality in its postings.

The startup also published the Textio 50, a ranking of companies with more than 500 listings in the last year, which Textio’s algorithm predicted would do better at “attracting qualified and diverse candidates,” she says. Local companies on the top 50 list were Weyerhauser and REI.

Where companies fall on the index may provide some insight into bias within company cultures too. Tech monoliths like Microsoft and Amazon, which have both struggled to create inclusive work cultures, didn’t figure even in the top 1,000.

Snyder believes the index will end up being a powerful tool for job applicants too. “Job seekers today often want to know what the company culture is like before applying for a job. The index gives them quick insight into it,” she tells me.

Textio’s use of artificial intelligence and machine learning as a way to bust bias may seem counterintuitive. A Microsoft researcher called A.I. a “sea of dudes” soon after Microsoft developed a chatbot that turned out to be racist and sexist.

Having more women and people of color developing the technology and being part of the data collection is key. “What makes your product good or fair comes down to the data set. So if you’re Google and you’re making face recognition technology that is only recognizing white people … it's not the fault of the algorithms, it's the fault of the training data and who is developing it,” Snyder tells me. Investors seem to agree: Textio has raised $9.5 million since 2015.

Snyder says that while her company has focused on parsing information around gender, where there’s the most data available, the company is starting to look into the correlation between text and other types of biases including race and ethnicity. That’s sorely needed in industries like tech, where less than 5 percent of the workforce is made up of African-American and Hispanic employees.

Snyder is hoping data can resolve some of these challenges, which are often blamed on “pipeline issues” rather than workplace culture or bias in hiring. “Our MO is quantitative, that’s very hard to find in HR,” she tells me.

Speaking of job listings, Crosscut just put out an ad seeking a new managing editor, I told Snyder. A quick run through Textio’s algorithm scored the listing as “mediocre.” This score relates to how fast the role will fill and the percentage of applicants who are likely to be qualified. Bias contributes to some of the score – especially the word “managing,” which Textio considers masculine. Considering “managing editor” is the industry-recognized term, that could be a journalism problem. (Numbers back this up – women only made up 34.6 percent of newsroom supervisors, according to a 2013 study.)

We can't fix journalism, at least not immediately, but there were a few fixes that could help remove bias. One correction that all companies can learn from, regardless of industry, is including a strong equal opportunity statement. According to Textio, better-qualified candidates of all genders are more likely to apply for a job ad which has an equal opportunity statement. And that’s a win for the company as much as it is for diversity.