The best Northwest nonfiction of 2016 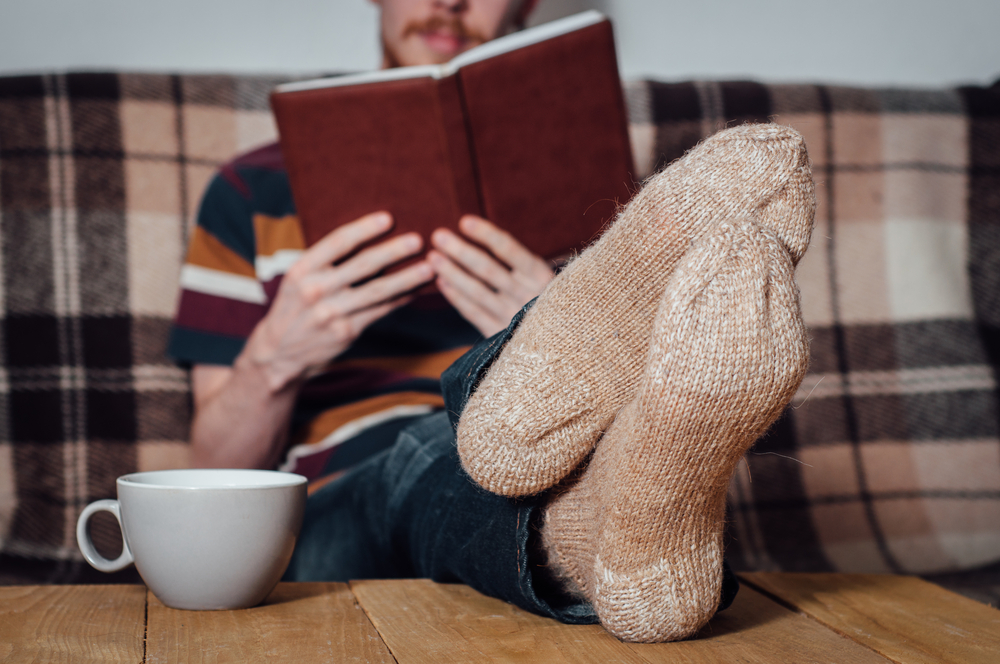 Here’s my mossy list of the year’s best reads in Northwest nonfiction, with an emphasis on, surprise, history.

Betty MacDonald is both enduringly popular, and more obscure than she deserves. This Seattle-based author was a true international phenomenon when her first book The Egg and I, became a bestseller after World War II, selling a million copies in its first year and spawning a popular movie series about Ma and Pa Kettle. It documented MacDonald’s life on a chicken ranch on the Olympic Peninsula. MacDonald, who also authored a series of other memoirs and the poplar Mrs. Piggle Wiggle children’s books, is thoroughly modern: funny, snarky, witty, deep, observant and struggling with her roles as a woman, a writer and trying to balance urban and country living — the classic Northwest dilemma. MacDonald tried getting back to the land — and hated it.

She has long deserved a full biography. Paula Becker is a fan and historian who has traced the details of MacDonald’s complicated life and upbringing, and the ups and downs of her writing career. UW Press has also reissued some of MacDonald’s memoirs including The Plague and I about her stint at Seattle’s Firland’s TB Sanatorium; Anybody Can Do Anything about surviving the Great Depression; and Onions in the Stew, which is about balancing city and country life on Vashon Island. More could be done fleshing out the cultural the context of her work, but Becker’s is a great introduction — or reintroduction — to the life of one of our region’s best and most successful writers and hopefully will make her better known to a new generation.

The City is More Than Human by Frederick L. Brown (UW Press)

Subtitled “An Animal History of Seattle,” Brown’s book looks at the founding of Seattle from the perspective of how animals, mainly domesticated, have shaped the city, from cattle and chickens to dogs and cats. This is not a trivial historical byway, but rather a way to look at the influence of other species in co-creating urban environments. The importance of livestock in the shaping of the city, the banning of farm animals that was part of class warfare, and the role of household pets in inculcating middle-class values — all fascinating stuff. For the Seattle history buff it’s a must read; for the urbanist it broadens the sense of what the city is, who it’s for, and how critters are partners in shaping urban life.

Give Tim Egan a pile of spaghetti and he will find the narrative thread on the plate, which is why his books on any topic — the Dust Bowl, Seattle photographer Edward Curtis, the origins of the Forest Service — are so damn readable and compelling. The subject of the Seattle author’s latest is close to his Irish heart. He tells the story of Thomas Francis Meagher, an Irish revolutionary who was exiled to the Australian penal colony, escaped across the Pacific to America, became an Irish leader in New York, led the famed Irish Brigade as a general during many of the Civil War’s bloodiest battles, then high-tailed it to Montana, where he became acting governor in a Wild West as violent and corrupt as any ever seen. There he died mysteriously, though Egan has a convincing theory he was done-in by a cabal of territorial businessmen and vigilantes. Egan gallops through 19th century history riding his protagonist — it’s sometimes almost too much life to take in, but Egan’s hewed an epic story worth reading about a historical figure, famous in his time, yet obscure in our own, who was a witness to and participant in some of the 19th century’s most dramatic and revolutionary events. There’s enough here for a BBC miniseries or two.

Coll Thrush, an author from Auburn who now teaches at the University of British Columbia, is an excellent writer and creative scholar whose scholarship never becomes a slog. His book Native Seattle, documenting the Native American history of urban Seattle, was an eye-opener. His new book goes much further afield looking at the experiences of indigenous travelers (some voluntary, some not) to the seat of the British Empire, from the time of Shakespeare to the early 1900s. They include the stories of Mohawks, Cherokees, Cowichan and Squamish, people as famous as Pocahontas and as obscure as New World prisoners who quickly died of disease in a hostile environment without their names being recorded. What did they make of the alien planet known as England? What did they make of slums and kings? How did they fascinate, thrill and disgust the British? Who were the real “savages?” How were these encounters depicted in the new social media of the day, the penny-press? It’s a story of cultural exchange, clash, tragedy and insight. Thrush dots his book with some poetic “interludes” on some rich side elements of the story, such as Queen Elizabeth’s mage, John Dee, whose Mexican obsidian scrying stone (an object used to detect visions or messages) shaped decisions that have in turn shaped the world we live in today, and reflect mutual influences between Britain and the indigenous peoples of her empire.

To Protect and Serve: How to Fix America’s Police by Norm Stamper  (Nation Books)

The answer to police reform isn’t more of the same. Seattle’s ex-Police Chief Norm Stamper has wanted to civilianize the police for a long time — he once infamously suggested San Diego cops wear blue blazers instead of uniforms. But in the Black Lives Matters era where tragedies like Ferguson or the chronic issues in departments like Seattle’s have been come flash points for the failures policing, Stamper offers in his new book a blueprint for true reform. His thinking recognizes the need for policing, but the importance of redefining what that is. It will require internal police cultural changes that go way beyond training, diversity and self-policing. The paramilitary police culture itself is the enemy of empathy, yet empathy, respect and connection are exactly what are required. A hopeful, challenging look at how we must do better.

This thick tome is heavy history in more ways than one. Benjamin Madley, an assistant professor at UCLA, uses the modern, United Nations definition of genocide and methodically examines the extermination of California’s Native Americans that, it turns out, is a textbook case of it. Some people debate whether the U.S. extermination of American Indians was technically genocide, but for California, the case is now closed. While focused on the Golden State, many of the characters extended their activities and policies throughout the West and Northwest. California militias — death squads — operated throughout the region, as did local groups of volunteers actting in Washington and Oregon on the same principles. The book lists every known massacre and attack — it makes grim, horrifying reading. Overall, American Genocide is a sobering look at “How the West Was Won,” carrying uncomfortable echoes from Bosnia, Aleppo and other places tragically too numerous to name.

Once and Future River: Reclaiming the Duwamish by Tom Reese and Eric Wagner (UW Press)

Seattle’s great muddy wound is the Duwamish River — trashed with garbage, reshaped and dredged, site of indigenous displacement, a toxic dumping ground for industrial waste. This book is about the healing. An essay giving the history of the river and our attempts to reclaim it is informative, blending native mythology with an account of how so many PCBs got there. But the star is the photography of Tom Reese who finds beauty and nature in the river without ever trying to sugarcoat the reality of damaged wildlife and ways of life. A powerful, poignant image: an aerial view of an osprey’s nest made from scavenged garbage and plastic. Reese’s images tell the contemporary story of a river being reclaimed, of the good work being done to restore the natural environment and mitigate a history of cultural violence. The Duwamish is a wound, one largely hidden from sight and history. This important book will open your eyes.

Day in, day out Historylink.org is the heartbeat of Washington state — and especially Seattle — history. It’s encyclopedic and it has become a much relied upon source. A recent redesign of the website has improved its look, function and use of images. It keeps readers, scholars and students updated on “this day in history” and steadily adds new articles and essays that are deeply researched. We’re lucky to have more than one such site devoted to history: Blackpast.org, the brainchild of University of Washington professor Quintard Taylor, is a superb online resource on African American history, with a whole section devoted to black history in the West. If you want to learn the history of Seattle’s cringe-inducing Coon Chicken Inn or a community of African American loggers in Maxville, Oregon, this is the place. Taylor was this year’s Denny Lecturer at MOHAI and looked at the influences of African Americans in Seattle’s history, which was inspiring and revealing even to people who think they “know” local history. Blackpast’s motto refers to black history being “remembered and reclaimed.” It’s essential history we need to know better.

While the City Slept by Eli Sanders (Viking)

This is one of the best true-crime books about the Northwest you’ll ever read. Based on Eli Sander’s Pulitzer-winning series for The Stranger, it’s the tale of the brutal attack on two women in South Park and their attacker, a young man who fell through gaps in the justice system and mental health safety net. Teresa Butz and Jennifer Hopper, the victims, were sexually brutalized, stabbed, and Butz died. Their attacker, Isaiah Kalebu, picked them almost at random as he was descending into a spiral of mental illness. Sanders takes you into the lives of the victims, young women every Seattleite can probably relate to, who were trying to build new lives together. Sanders’ captures the human cost of the terrible collision, but also delineates the public policy issues and failings that have to be addressed. It’s a dark story, but there is light at the end if we learn the lessons from it. 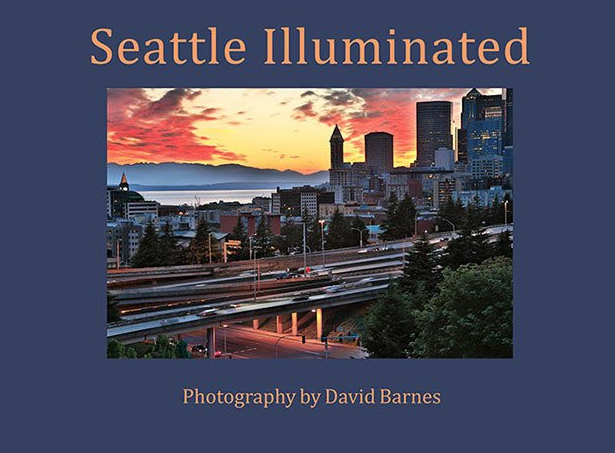 Seattle has produced no end of coffee-table books showing off our natural beauty. This is another, a compact, self-published paperback of superbly printed photographs, but its main strengths are two-fold. One, local photographer David Barnes focuses on the built environment and urban dynamism. Nature is here, but it’s the built space we inhabit that he captures so well — even gridlock or waiting in line at a crowded Ballard bakery have a beauty that he captures. Barnes also has an eye for juxtaposing people and architectural patterns that is consistently compelling. Two, he paints with light. Light is one of the city’s secrets: the shifting clouds, the angles of the sun and shadows. When Barnes titled his book Seattle Illuminated he truly meant illuminated. If you want a gift book that captures why you live here, this one will make your case. If you want to lure someone here, this is your bait.