NW coal exports back on the table under Trump 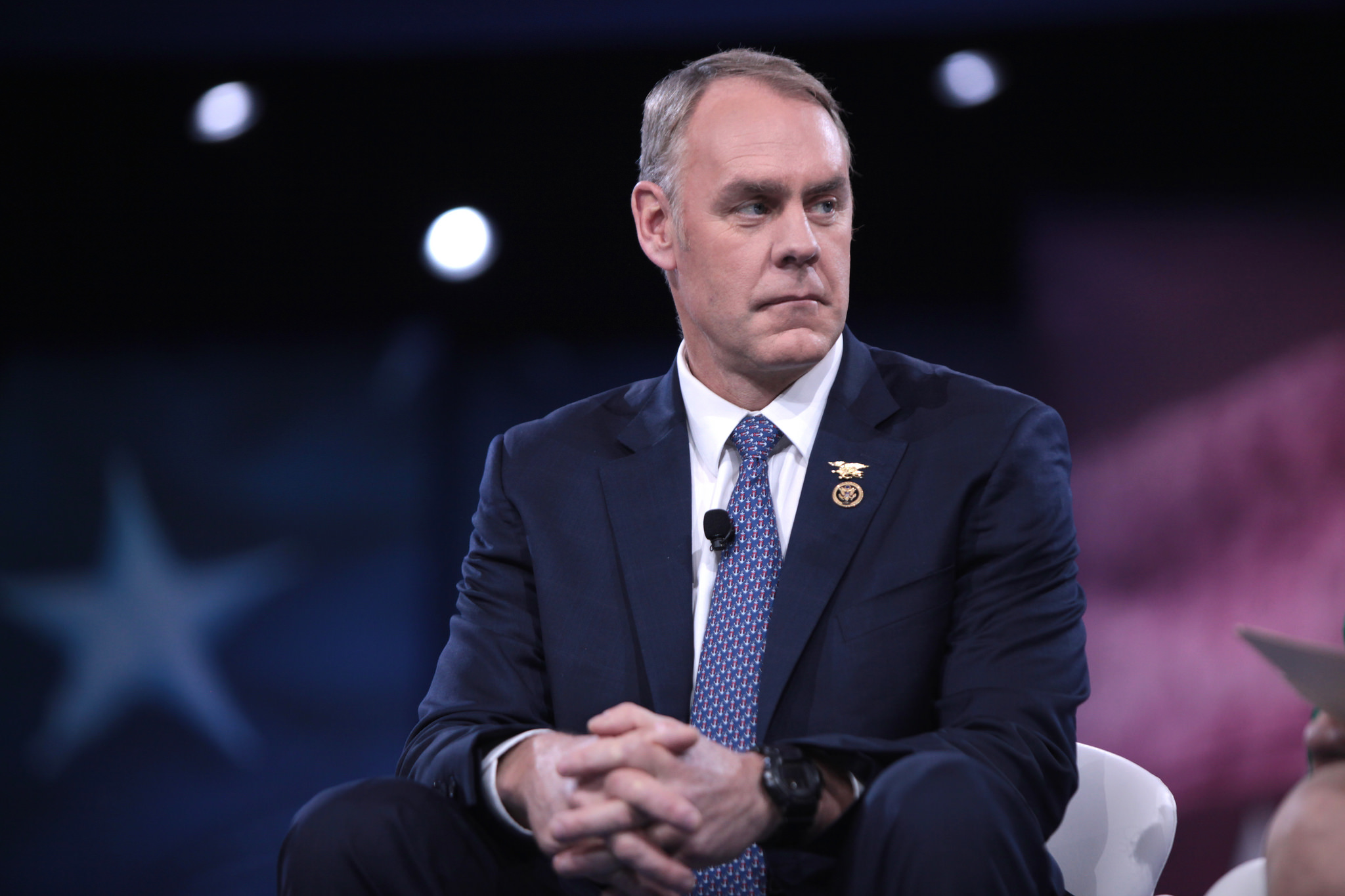 A fondness for hunting and fishing on public lands, apparently shared with one of President-elect Donald J. Trump’s sons, seems to have been behind the sudden emergence last week of dark-horse candidate Ryan Zinke as top choice to head the Department of the Interior.

Zinke, a first-term Republican Congressman from Montana and former commander of SEAL Team 6, didn’t appear to be on anyone’s radar until last week. A late boost by Donald Trump, Jr., seems to have upended the President-elect’s initial choice of Washington Rep. Cathy McMorris Rodgers.

Zinke has called himself a Teddy Roosevelt Republican, but critics dispute this claim, citing his support for energy development on public lands. That enthusiasm for oil and gas drilling and coal mining puts him squarely in the middle of an ongoing struggle between energy-dependent communities in the Interior West and those on the coast that have resisted the export of fossil fuels. That conflict is particularly acute among Native American tribes.

Republicans in red states like Idaho, Montana and Wyoming (as well as regions such as Eastern Washington) are ready to cheer an Interior Secretary who will push oil and gas development on federal lands.

Zinke’s selection has also drawn wide praise from some tribal leaders. A bulwark of his support in Indian Country is his alignment with the Crow Nation in Montana to push for coal export terminals. The Crow rely on coal deposits to fund tribal government and services.

In Congress, Zinke has been a staunch supporter of the Gateway Pacific Terminal, a $600 million facility proposed for Whatcom County that would export about 48 million tons a year of coal mined in western states to Pacific Rim markets.

Zinke also wants to lift an Interior-imposed moratorium on new leases for coal extraction on federal lands, 90 percent of which takes place in the Powder River Basin in Montana and Wyoming, and overturn a Corps of Engineers denial of the Gateway permit.

“The Gateway Pacific Terminal is incredibly important to Montana, the Crow, and even to the blue-collar workers in Washington State because it is literally the gateway to economic prosperity and rising out of poverty,” Zinke said in May. “It’s a sad day in America when even our Army Corps of Engineers can be wooed by special interests.”

But the Crows’ hopes for coal ports in Puget Sound have crashed into opposition from Washington’s coastal tribes, which argue that the facilities would imperil their treaty-guaranteed fisheries.

“If someone wrote a script about a high council whose job it was to make a planet desolate & lifeless like Dune? You'd have #Trump's cabinet,” Seattle author Gyasi Ross, a member of the Blackfeet Nation, wrote on Twitter.

Fawn Sharp, president of the Affiliated Tribes of Northwest Indians and chairwoman of the Quinault Indian Nation tells Crosscut, “Given the comments that have been made by Mr. Trump and some of his nominees, such as EPA Director Designee Scott Pruitt, it is certainly conceivable that efforts will be made to push for more fossil fuel exploitation and distribution.”

The affiliated tribes have opposed the Dakota Access Pipeline, which was recently halted after protests by the Standing Rock Sioux, and the Trans Mountain Expansion pipeline, proposed by Kinder Morgan in British Columbia, which would massively expand the number of oil tankers passing through Puget Sound.

“We have consistently opposed new terminals and oil and coal train traffic,” Sharp says. “We have always opposed offshore drilling and careless supertankers.”

The Crow being at odds with coastal tribes might seem confusing to outsiders, but they are all fighting for the same overarching rights — recognition of their sovereignty and the protection promised by treaties.

“To me, that’s a unique example about the complexity and differences of tribes,” says Jaime Pinkham, a Nez Perce tribal member who is senior consultant to the Native Governance Center and on the governing board of the Wilderness Society. “You have the self-determination, the sovereignty, the trust relationship at Crow — Crow trying to hold the federal government accountable to protect those things. And at the same time you’ve got Lummi and Quinault and others using those same principles of sovereignty and self-determination and trust relationship to stop that same development.”

That common cause can sometimes create unlikely allies. Pinkham cites a recent column by a former chairman of the Osage Nation in support of the Dakota Access Pipeline protests of the Standing Rock Sioux.

“Why would an oil-producing tribe stand alongside Standing Rock, which is trying to prevent oil development?” Pinkham asks. “Osage would say they are objecting to any outside interference with any other tribe’s self-rule and self-determination. Osage was supporting the right of Standing Rock to choose their future.”

Such cooperation is unlikely on coal exports, however.

And despite their initial welcome, interior tribes will likely find themselves at odds with Zinke on many issues, longtime journalist and Shoshone-Bannock tribal member Mark Trahant writes in a recent column: “Zinke has voted against tribes on other issues, such as the Violence Against Women Act, a law that expanded tribal authority on domestic violence.”

And then there’s the question of just how much a Trump administration can really do to revive fossil fuel development in the U.S.

The handwriting is on wall for coal,” says Bill Arthur, deputy director of the Sierra Club’s Beyond Coal Campaign, which announced that two coal burning power plant units at Colstrip, Mont., will be retired by 2022. “Fifty percent of the U.S. coal fleet will be retired, or forcibly retired, by 2020 and there’s nothing this administration can do to change that.”

Contrary to claims by the coal industry, echoed by Trump, government regulations have not been the biggest damper on coal production, Arthur says. Instead, it’s competition with other, cheaper energy sources. “Gas is a bigger challenge,” he says. “Gas is cheap but the price for wind and solar have dropped precipitously in the last five years. That decline will continue.”

Still, the new administration has excited some groups. The Native American Coalition, a group of Republican Indians working with the Trump transition, are already calling for easing restrictions on oil and gas drilling on "trust land" — tribal land that is managed by the federal government. A coalition of motorized recreation groups has asked for more vehicle access to public lands. And a group of corporate irrigators in southeast Washington have asked the Trump administration to convene the “God Squad” to let Snake River salmon runs go extinct.

“We will stand against any such action, and thousands of allies would stand with us, just as they did for the Standing Rock Sioux Nation,” the Quinault’s Sharp says. “Tribes have always fought for the protection of the salmon and we always will. As the great Billy Frank Jr. always said, salmon are the measuring stick of health in the Pacific Northwest. Not dams.”