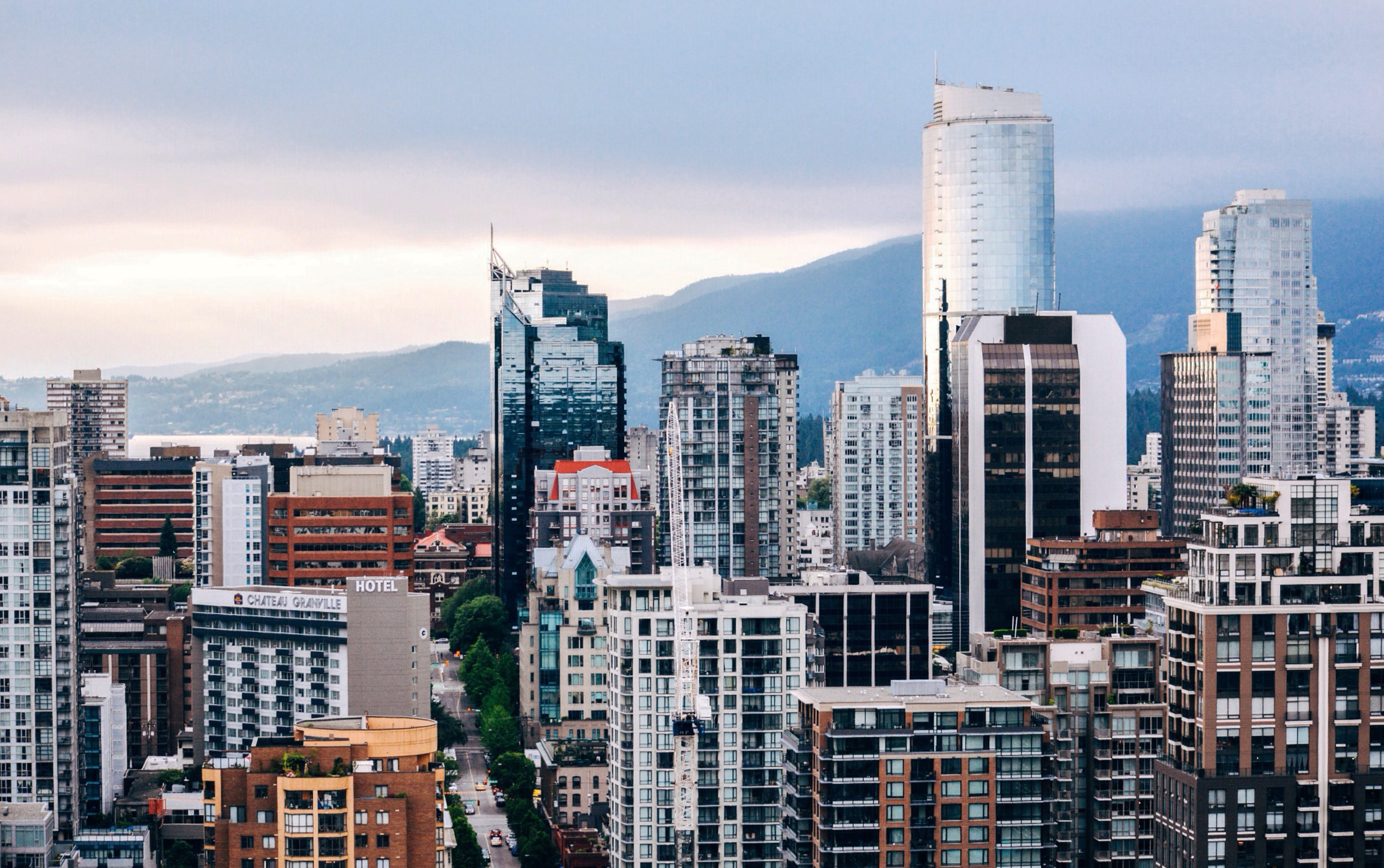 The city of Vancouver, BC may present a cautionary tale to the Seattle region.

Listen up, Seattle: That rushing noise you hear to the north? It’s the sound of capital gushing out of Vancouver’s collapsing housing market. Home sales have plummeted. New condos and mega-mansions sit empty. Foreign investors are departing. Even real estate pros are battening the hatches.

Only three months ago, the British Columbia Real Estate Association forecasted a rosy 5.8 percent price increase for Vancouver-area housing in 2017. But in a report last week, the organization predicted that prices would instead fall by almost nine percent.

So, what, if anything, does Vancouver’s implosion mean for the Seattle area? A great deal, actually. Already, some of the foreign capital that was either in Vancouver or headed there has since shifted to other markets — notably, our own. Realtors here report a steady uptick in purchases by wealthy foreign buyers. Dean Jones, head of Realogics Sotheby’s International Realty, which focuses in part on Asian buyers, estimates that half of the Seattle-area suburban home sales handled by the firm this year have involved Chinese buyers — up from perhaps 30 percent in 2015, according to a recent Bloomberg story.

Reports like these are creating anxiety among local officials. The possibility of a larger presence of foreign capital in Seattle “terrifies me a bit,” city councilmember Mike O’Brien said in an interview with Crosscut. Last month, O’Brien informally discussed “getting creative” to find “things we can do to rein those market pressures in,” similar to a tax on foreign buyers of real estate. Such a policy worked for Vancouver: by some accounts, it was that city’s 15-percent tax on non-Canadian home buyers, hastily enacted in August, that shut off the foreign capital fueling Vancouver’s housing bubble (although some industry insiders say the market had begun cooling last spring.)

Such a tax is probably a non-starter for Seattle, O’Brien concedes, thanks to host of regulatory and statutory obstacles. But the anxiety that Seattle will face major new pressures on its real estate market isn’t going away. To the contrary, as China’s own inflated real-estate market buckles — and as Beijing’s aggressive anti-corruption efforts take hold — wealthy Chinese nationals are evermore anxious for overseas places to park their capital. And with Vancouver no longer looking so friendly or offering such sweet returns on real estate investment, Chinese capital has sought out new havens, including Seattle.

The role reversal has been dramatic. Just two years ago, Vancouver was the third most desirable city for wealthy Chinese immigrants, according to real estate consulting group Hurun, behind only Los Angeles and San Francisco, while Seattle was in fifth place. This year, according to Hurun’s last survey, released in late October, Seattle is in the number three spot, while Vancouver has dropped to sixth.

As Realogic’s Jones told Bloomberg, “This is Vancouver 2.0.”

That’s a bit of a stretch. Seattle and Vancouver have very distinct economies and economic histories, which make our northern neighbor an imperfect cautionary tale. One key difference: for decades, Vancouver and the Canadian federal government aggressively courted wealthy immigrants via a pay-for-citizenship program. Since the 1990s, tens of thousands of Chinese millionaires have migrated to Canada, and most of them ended up in Vancouver.

Yet despite these distinctions, Seattle would be foolish to ignore what’s unfolding of the border. Given our own rising star among wealthy offshore homebuyers, Vancouver’s implosion should, at the very least, be seen by Seattle a useful lesson — even a wakeup call — regarding the perils of global stardom.

Take, for example, the things that distinguish our housing markets. Although both Seattle and Vancouver suffer from a geographically constrained supply of housing, especially for single-family homes, the demand drivers are quite different. In Vancouver, housing prices have been driven in no small part by a steady stream of wealthy immigrants, who have essentially bid native would-be buyers out of the market.

By contrast, Seattle’s main demand driver is our hot job market. Vancouver lacks anything like our aerospace or tech sectors or our high wages.

Seattle’s housing market, in other words, is fueled primarily by what economists call fundamentals. We have our share of flippers and other speculative players, of course; but we also have a much larger proportion of non-investor, non-wealthy newcomers who are mainly looking for a place to live long-term. This fundamentals-based economy isn’t immune to downturns or spikes. But, in theory, it does have an inherent capacity for a gentle self-correction: simply put, if home prices continue to rise substantially faster than incomes, the market eventually will be forced to adjust.

But here’s the first lesson from Vancouver’s self-immolation: this self-correcting mechanism can easily be derailed. Although median home prices in the Vancouver area had long since moved beyond the reach of median-earning residents, the momentum of so many wealthy foreign buyers allowed the housing market to shrug off a correction and keep inflating.

Something similar could happen in the Seattle area, where housing prices rose 11 percent between last September and this year according to the Case-Shiller index, and are already rising twice as fast as median incomes. While such a rapidly widening home price-income gap should eventually force the housing market to adjust, if Seattle were to receive too much investment from wealthy individuals untroubled by income-to-mortgage ratios, the adjustment could well be delayed.

The arrival of a lot of this sort of capital “would be adding a false economy on top of a very strong fundamental economy,” says Peter Orser, director of the UW’s Runstad Center for Real Estate Studies. Let that imbalance continue too long, Orser says, and “you are creating a bit of a bubble, and that could turn off at any time — and then you’ll see a correction. Not a collapse, but you would see a correction.”

What’s critical to understand here, Orser says, is that Seattle wouldn’t need to reach bubble territory to suffer some serious damage. Right now, the median Seattle home price is $660,000, Orser says, which is already substantially more than even a highly skilled tech worker could readily finance. But if prices continue to rise at 11 percent a year, by 2018, that median home price hits $820,000. By 2020,it’s just over $1 million.

True, $1 million is still a few hundred thousand dollars shy of the median price for a single-family home in San Francisco, Seattle’s official bête noire on affordability. But, importantly, it’s significantly above the price that a median single-family home in Vancouver was fetching before the market tanked last spring, by which time certain elements of the city’s housing crisis — especially the degree of social and political disruption — had already dwarfed what we’ve seen so far in Seattle.

Beyond Vancouver's affordability crisis and the exodus of middle-class residents, there are the personal psychic costs of living in a landscape that is being remade at a rate even Seattleites might find breathtaking. Foreign capital hasn’t merely fueled a high-rise boom that makes our own look tame; it's also overwhelmed Vancouver’s once-staid single-family neighborhoods and washed away thousands of older homes.

There is hardly a street in the metro area doesn’t echo with the sound of demolition or that hasn’t seen dozens of postwar houses replaced by condos or mega-mansions, many of which sit empty — a cruel twist when the region’s apartment vacancy rate is falling toward zero. One realtor found that nearly half of the condos sold in the suburb of Richmond were unoccupied at the time of sale.

But the constant sense of instability in Vancouver has led to a social and political backlash. There are rising tensions between Chinese and non-Chinese, but also between wealthy new Chinese immigrants and the middle-class ethnic Chinese they are displacing. And there is rising hostility between those who own homes and those who have stopped looking — a hostility that may be increasingly familiar in Seattle.

Governments, too, are in full-bunker mode. Among longtime residents — including many ethnic Chinese-Canadians who’ve lived in the city for generations — there is palpable anger over years of inaction by provincial and city governments seen as far too cozy with developers. Adding to that anger, government and industry officials spent years rejecting any claims about the impacts of foreign investment — and even rejected as “racist,” research detailing the impact of Chinese investment.

It was only after polls showed affordability to be the top voter issue in next spring’s provincial elections that governments responded with a series of hastily enacted “fixes,” including the 15 percent foreign investment tax and a tax on homes left empty.

But long before that, the crisis had produced something else every Seattleite will recognize: an all-but-paralyzing debate over housing supply and density. On one side are the cross-border equivalent of urbanists, who argue that a primary culprit for the crisis is the city’s “attachment to low-density single family housing in many neighborhoods.” This system is called inefficient and elitist, as a top federal housing official put it last week.

On the other are residents in single-family neighborhoods, many of whom feel that demand for higher densities today wouldn’t be quite so acute if the government had curbed foreign capital earlier. The fight has escalated into a culture war.

“We’re actually in a place now where I’ve heard, at public meetings, owners of single family homes openly criticized as being selfish, that they’re holding back densification of their neighborhoods,” says David Ley, a University of British Columbia urban geographer who has closely studied the impacts of wealthy migrants on the city’s housing market. “The process of change itself has become normative, and if you speak against it, you’re on the wrong side a political debate.”

How closely Seattle might follow the Vancouver experience is difficult to know. “I don’t disagree there’s some people in China looking for some places to put money, and they’re buying condos, houses,” says Seattle developer lobbyist Roger Valdez. “But is it having an impact on the [Seattle] housing economy? Negligible if at all.”

Granted, the city's economy is not merely larger than Vancouver’s, but more diverse, and can absorb a fair volume of outside capital before tipping over into bubble territory. Yet that very robustness implies that these high prices might actually be sustained for some years — and, by implication, that disruptions we’ve already seen are just the beginning.

Ley, the UBC geographer, makes that last point poignantly. Visiting family in the Green Lake neighborhood six months ago, Ley says, he was surprised to see how few of the original homes had been replaced.

“In the comparable neighborhoods in Vancouver, a third of the houses would have been demolished and rebuilt with larger ones. It was just very striking to me how little of that there was going on there, which suggested to me that the market hadn’t taken off yet, as it has here (in Vancouver).”

It’s a grim comparison, but also a reminder that Seattle is still ahead of the curve, relative to Vancouver. As such, the city still has time to at least channel the growth when and if the market really does take off.

“Now is the time to make this a public issue in Seattle,” Ley says. “Sadly, it’s probably too late here.” 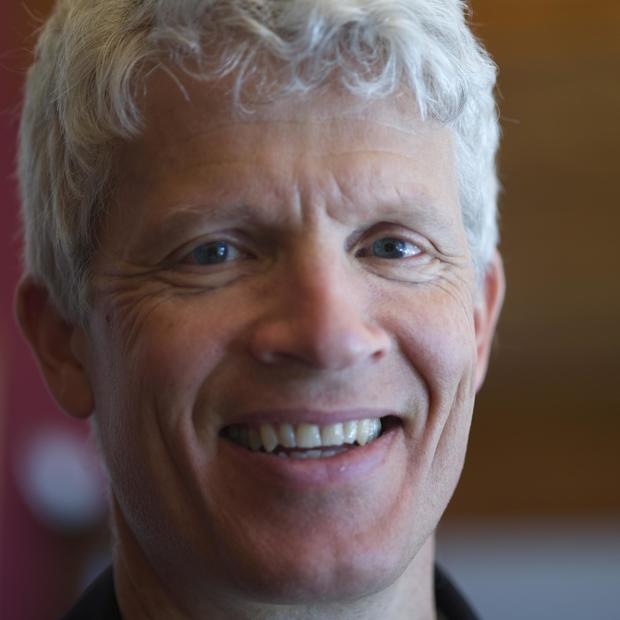