What an Obamacare repeal would mean for Washington 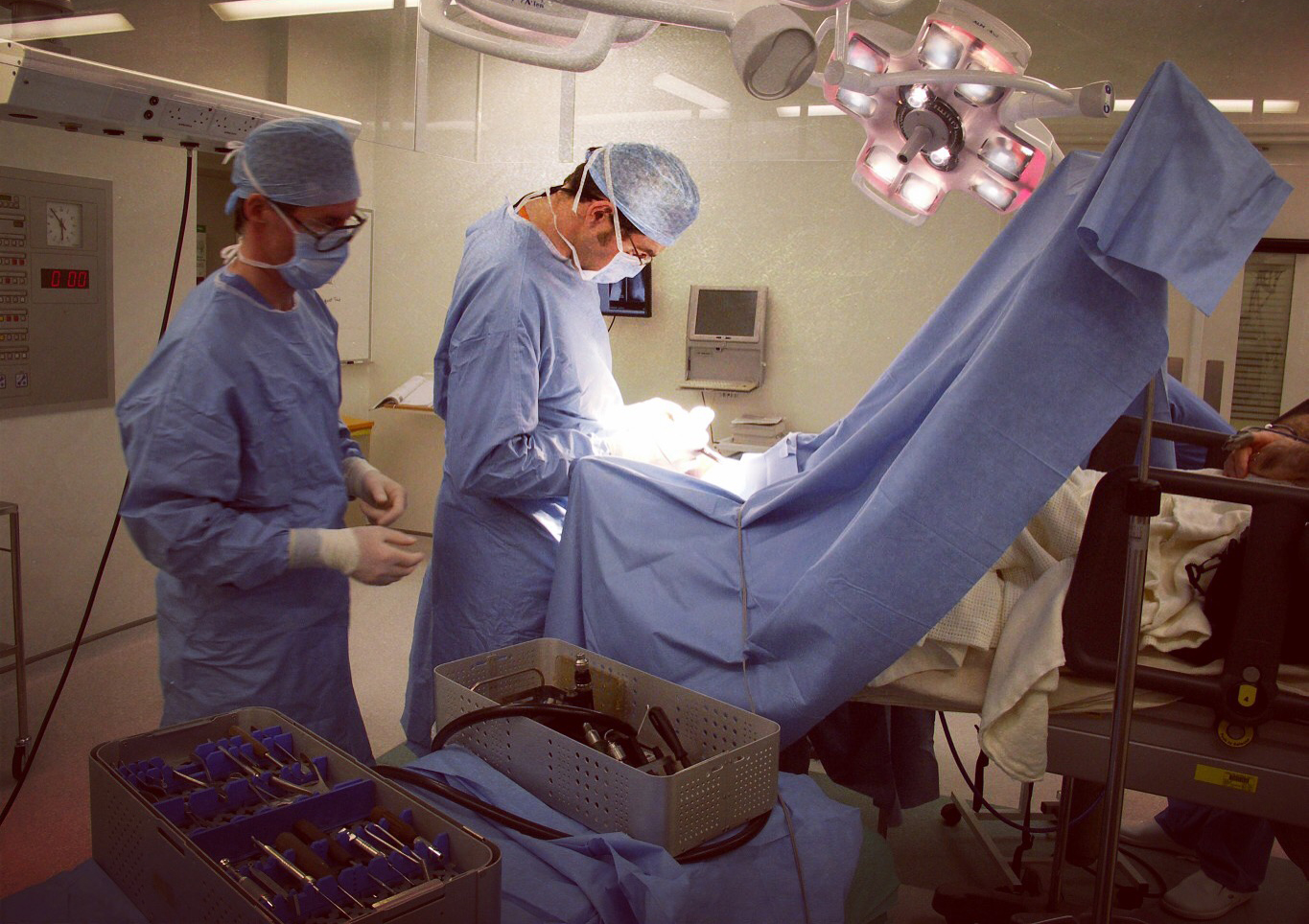 Republicans are taking aim at Obamacare – could Washington save it?

With Thanksgiving come and gone, Americans are shopping — not just for holiday gifts, but also for health insurance on “Obamacare” health exchanges. It’s become a December tradition to shop for health care during the “open enrollment” period that ends on the 15th, lest you be uninsured come the new year.

But this nascent tradition may be coming to a close. President-elect Donald Trump’s surprise win, coupled with the Republican Party’s control of Congress, has created an air of extreme uncertainty for the future of health care in America. After six years of “repeal Obamacare” chants, Republicans in Congress will finally be able to strip the law down and have a president in the White House waiting to sign it out of law.

What does this mean for healthcare? No one knows yet. But as one of the most successful states under Obamacare, Washington could be one of the most vulnerable to changes in the law, and may offer one of the most pitched battles over what will replace it.

Republicans are out to change a system that has drastically reduced the number of uninsured Americans, especially in Washington State. Our state’s uninsured rate has dropped from 14.5 percent in 2012, before the ACA went into effect, to 7.3 percent in 2015, according to the state’s Insurance Commissioner.

Washington’s ACA-created Health Benefit Exchange is leading the nation in terms of market stability, plan options and average rate trends, according to a recent analysis. The number of plans offered on the marketplace increased from 46 plans in 2014, the first year of the exchange, to 98 for 2017. The number of private businesses shopping for insurance on the exchange jumped from 51 in 2014 to 769, according to a separate report.

No one will say health insurance in Washington state is perfect – premiums and deductibles continue to rise – but most health analysts will say the state is making progress.

But it’s becoming increasingly clear that Republicans will act on Obamacare as soon as they assume office. Through a process called reconciliation, they can remove any part of Obamacare with a budgetary impact – like the Medicaid expansion, tax credits for purchasing healthcare, subsidies to insurance companies for participating in the Obamacare exchanges – with the simple majorities they have in Congress.

This wouldn’t fully repeal Obama’s landmark 2010 Affordable Care Act, but it would cripple it. Without a replacement plan in place, this action could raise the number of uninsured Americans from 28.9 million to 58.7 million in 2019 and cost insurance companies $3 billion in market disruptions, according to a report by the Urban Institute.

To stave off this catastrophe Republicans will likely put in a three-year delay into the repeal laws, giving them time (and a midterm election) before they have to replace Obamacare. And here’s the big question – not how Republicans can axe the ACA but what they can build to replace it. Unlike the reconciliation votes that can strip the ACA down, they will need at least some Democrats to sign on to a new plan.

The process will be politically messy and Republicans, for the first time in eight years, will have to formulate policy instead of practicing obstructionism. There have been a handful of different replacement plans floated by Republicans during their six-year fight to repeal the ACA, and most analysts agree all of them would reduce to varying degrees the number of insured people in America.

So, the question presents itself: if Republicans in the other Washington strip away the parts of the ACA that work in our state, could our state legislators protect the gains we’ve already made?

Bruce Howell, a lawyer for the Northwest-based law firm Schwabe, Williamson & Wyatt, said it would depend on how Republicans write the ACA’s replacement law.

“It’s a very complicated analysis and the short answer is, Washington might be able to do it, and quite frankly it could be a very interesting battle,” Howell said.

It’s difficult to predict how the Trump administration will try to tackle healthcare, but the early signs show they may yield some power to individual states.

Trump has appointed Seema Verma to run the federal Medicare and Medicaid programs. Verma worked with Vice President-Elect Mike Pence in Indiana on setting up that state’s Medicaid expansion program and has consulted with other states, giving analysts a sign that flexibility may be given to the states.

Trump gave another signal on health insurance when he nominated U.S. Rep Tom Price (R-GA) to be secretary of Health and Human Services, the agency charged with running most of the federal government’s health policies. Unlike many congressional Republicans, Price has not only called for Obamacare’s repeal but offered a 242-page proposal detailing how to replace Obama’s signature law.

Looking at Price’s proposal, the Empowering Patients First Act, can give us some sign of Trump’s priorities regarding the expansion of Medicaid, covering people with preexisting conditions, and what individual insurance plans actually cover.

A huge part of Washington’s drop in the uninsured rate is due to the state’s expansion of Medicaid. Washington was among 32 states that expanded Medicaid to anyone making up to 138 percent of the federal poverty level, or about $16,000 a year for an individual. The state predicted the expanded Medicaid program, called Washington’s Apple Health, would net 250,000 new enrollees, according to Michael Marchand, a spokesperson for the exchange.

That number turned out to be over 600,000 new Medicaid enrollees, according to Marchand.

Price’s plan completely repeals the Medicaid expansion and replaces it with nothing. Poor people would be eligible for tax credits to spend on the open market. Speaker of the House Paul Ryan’s A Better Way Plan allows states with expanded Medicaid programs to keep running them, but with less financial help from the federal government.

It’s possible that the state legislature could foot the bill for the new Medicaid enrollees, but at a cost of $2 billion a year, according to the Washington State Healthcare Authority, it would be difficult for the cash-strapped state to fully fund the program.

Regardless of what the federal government does, Washington’s Health Benefit Exchange is unlikely to go away.

Washington is one of the 12 states that opted to set up their own exchanges, rather than rely on the federal government’s healthcare.gov website. The federal government helped fund the creation of Washington’s exchange, but it is now funded entirely by the state legislature, costing about $53 million a year, according to a five-year spending plan submitted to the legislature last year.

Marchand said that expansion was because the exchange made it easy for people to find out they qualified for coverage.

“People do not get up in the morning and think I’m eligible for Medicaid,” Marchand said. “We really wanted to make sure everyone was aware there was an opportunity to get insurance.”

Increased rates based on age

Obamacare only allows insurance companies to charge older people up to three times the standard rate, while Price’s plan places no limit on the extra costs for insuring the elderly.

Price’s plan has tax credits to help pay for insurance, and those tax credits increase with age. Obamacare’s tax credits are only based on income, with no credits going to people making more than 300 percent of the federal poverty level.

Because Price’s plan is not based on income, an older billionaire like Warren Buffet or Trump would receive a bigger tax credit than a younger person with no income.

For all the uncertainty in the future of healthcare, Congress cannot touch the healthcare that Washingtonians purchase for 2017. Those plans have already been approved by the state’s Insurance Commissioner and are locked in through the year.

What happens after that is anyone’s guess.

Mary Kay Clunies-Ross, a spokesperson for the Washington State Hospital Association, said no one in the industry is sure what the Republicans in Congress will come up with.

“It’s so hard to forecast what will happen, there’s just no way of knowing,” Clunies-Ross said. “Our tea leaves are probably not any better than yours. We’re increasing our readiness to respond to analyze proposals as they become more feasible. “

Even if the repeal doesn’t go into effect until 2020, some insurance companies may drop out of the ACA exchanges as soon as 2018. Insurance companies have until May of 2017 to decide if they will offer coverage in Washington in 2018, and Washington’s Insurance Commissioner Mike Kreidler was quoted by Politico as saying the companies are anxious.

"The discussion right now about repeal and replacement is making the market very, very nervous," Kriedler told Politico. "I would not be surprised to see the potential for a stampede to exit the market."

Stephanie Marquis, a spokesperson for Kriedler’s office, told Crosscut the commissioner has had conversations with the top health insurance providers in Washington State about the pending changes.

Marchand said he wasn’t sure how an ACA repeal would affect the 2018 insurance plans on the marketplace.

“I have no idea, I think that is totally contingent on what happens at the federal level,” Marchand said. “It would be my guess that the 2018 plan year will not be greatly affected but that may be contingent on how long the flight path is given for any change and what those changes may be.“

Howell said he does know one thing: he is likely to be very busy for the few years.

“I’ve been in healthcare business for 30 years and… I think the next couple of years of my life will be a ton of policy work,” Howell said. “It is a very, very interesting time.”

Howell added that if Washington, or the Northwest as a region, decided to go their own route it would mean more money from the state.

“Let’s say Cascadia, call it whatever you want, decides they want their citizens to have healthcare. Then yes, states are going to have to step in. What does that mean? Higher taxes. That’s a real scenario. You don’t get anything in this world without paying for it,” Howell said.