Where the robots of Seattle roam free 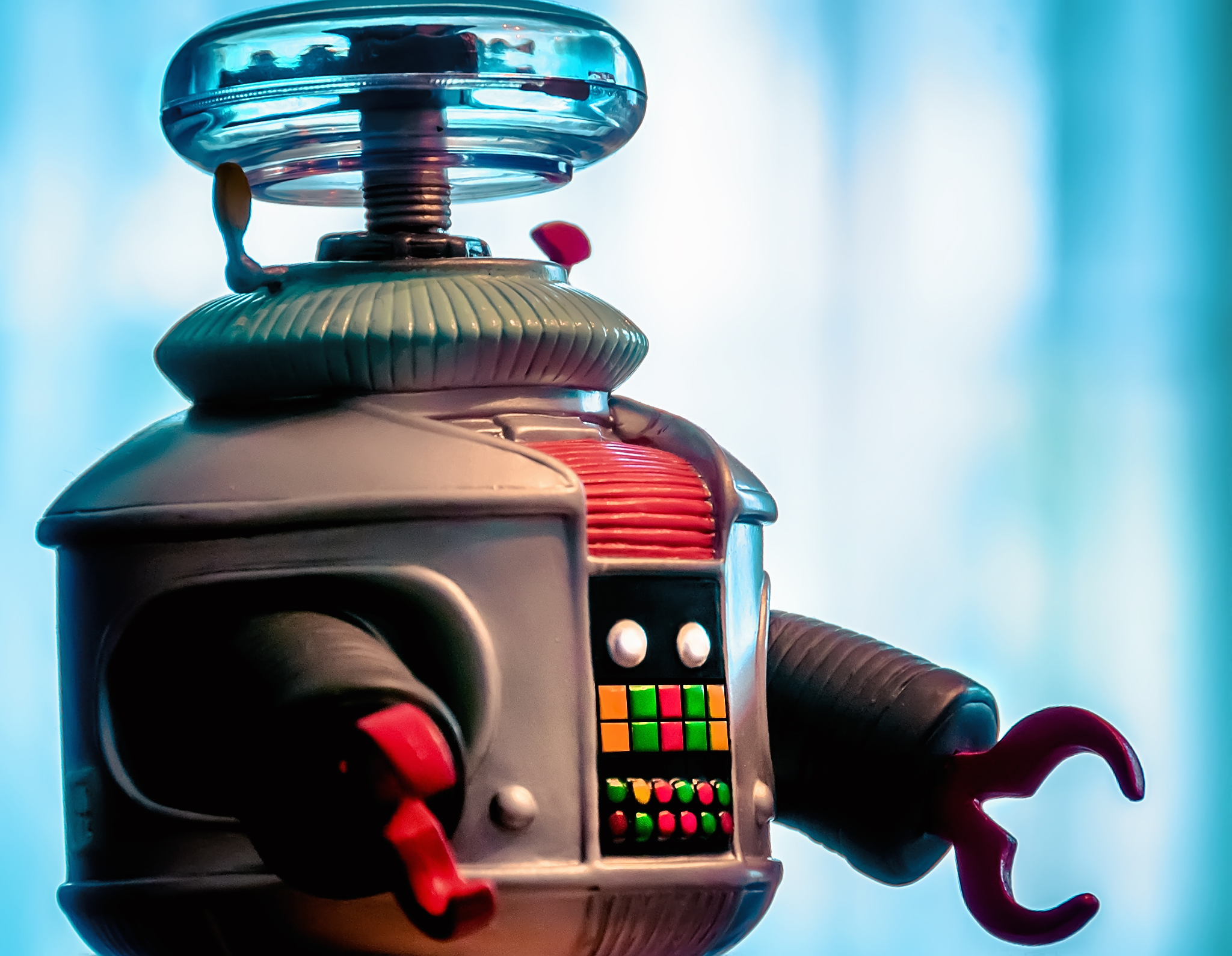 You've probably heard of the Living Computer Museum, but chances are you haven't been there, since attendance totaled merely 14,000 last year. Long a home to vintage computers, the museum recently added a wing filled with emerging technologies and interactive classrooms, all in an effort to draw younger, more varied audiences, and not just middle-aged guys who tuck in their t-shirts.

It may have been successful already, since the first thing I heard upon entering was one of the staff members saying, "Kids, kids, stop kicking each other."

On first glance, the new wing appears to be a staging ground for the robot takeover, as it features a rag tag group of misfits, including a self-driving car printed from a 3D printer, a mini robot that can dance and do push-ups (his chest wasn't touching the floor, though), and, of course, a Roomba, who just sat there charging and not vacuuming, even after I threw down a twenty.

One robot that never stopped working was Baxter by Rethink Robotics, a production line robot who, at the time, was dropping a Hot Wheel on a toy car ramp, then picking it up at the bottom, and then dropping it again as part of some strange Sisyphean existence. When I looked back later, he stood on the table holding a sign that said "Union," and was escorted out of the building.

You may notice a Paseo-like line leading to the augmented reality exhibit, which allows you to escape the reality of having to wait in line for things. Feeling a bit like a futuristic version of Microsoft Paint, the museum guide places two joysticks in your hands and straps a headset on you, so that you suddenly find yourself in outer space, with an elaborate set of colors, textures, and patterns with which to paint the 360 degree universe.

A child using it at the time yelled, "Dude I am in a world of color!"

I thought the kid was a bit too excited, but when I tried it on, the power of otherworldly creation quickly went to my head. "Let there be light!" I yelled, painting luminescent streaks throughout the empty void of space. "Thou shall have no other gods before me!"

The staff member then told me my time was up. "Pretty cool, huh?" she said. "They should have sent a poet," I responded with a tear in my eye, realizing I'd now have to return to my less exciting non-virtual life.

Now, I'd advise you to watch where you're walking, because roaming around the museum like lost waiters are a pair of telepresence robots. The emaciated robots are remote-controlled and have a display that allows for mobile videoconferencing, so your friends and coworkers can see what you'd look like as a disembodied spirit stuck between worlds.

After moving mine around the museum, I checked if the coast was clear and rolled out the front door so I could use the telepresence robot to take care of some errands I'd rather not do in person, like telling my friend what I actually think of his script, grocery shopping, and breaking up with my girlfriend, which sounds harsh, but she and the telepresence robot hit it off and are now expecting.

While the new wing successfully provides an accessible tour of emerging technologies, the original exhibit does as good a job tracing the evolution of the computer from giant Dr Strangelove mainframes to that smartphone thingy in your pocket. Everything is in working order.

There's an Apple Lisa, a Commodore 64, a VAX 11/780 mainframe (I prefer the VAX 10/640 myself), and countless other machines, including a functioning 1964 IBM Card Punch, which is how I submitted this article to my editor.

Along with tracing the development of Microsoft (and skipping the part where Paul Allen and Bill Gates clashed), the rows of humming ancient computers are inadvertently one of the best arcades in the city, with no quarters required, though the games are really old and sometimes you have to blow in the cartridge to make it work. There are classics like Choplifter, Where in the World is Carmen Sandiego?, Beamrider, Rootin Tootin, Congo Bongo (I haven't heard of most of these either), and Ducks Ahoy, which I enjoyed, not that I was any good. I lost eight good ducks. I can still see their beaks.

What the new installation primarily taught me is that robots are more than vacuum cleaners and sex devices and frigid dancers. They can do all sorts of things, apparently. And while the machines in the original exhibit probably consider the sexy machines in the new exhibit to be hacks and sellouts, the combination of the two provide a thorough primer on the modern technological landscape.

I mean, it didn't teach me how to make a GIF, but you can't expect a museum to do everything.