A Northwest medical mystery — and the hunt for answers 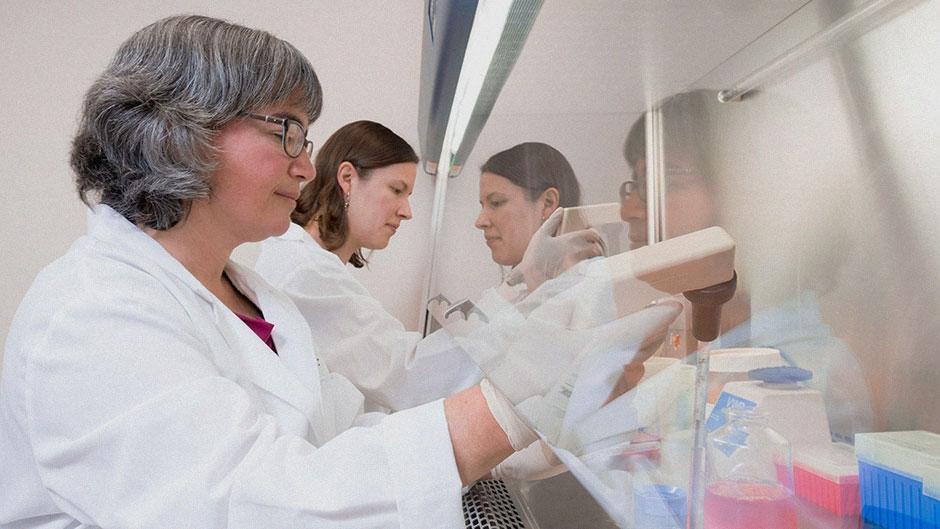 It’s a mystery that has vexed medical researchers for years: Why some people’s immune systems misfire, attacking their own bodies. This type of misfire is at the root of maladies as diverse as rheumatoid arthritis, Type 1 diabetes and multiple sclerosis, or MS — “autoimmune” diseases that are on the rise nationwide.

Another mystery: Why some of these diseases, including MS, are more prevalent in the Pacific Northwest. While MS affects 1 in 1,000 Americans, the rate is twice as high here.

Scientists don’t know why, exactly, autoimmune diseases are becoming more common. They don’t know why exactly we’re more prone to autoimmune diseases in these parts, or sometimes even how to quickly and accurately diagnose them. Which is why every Tuesday morning when Dr. Jane Buckner makes her weekly visit to her clinic in Seattle’s First Hill neighborhood, she braces herself for questions to which she might not know the answer. Starting with the very basics: “What’s wrong with me?”

Buckner is a rheumatologist and also the president of the Benaroya Research Institute at Virginia Mason, a Seattle-based organization dedicated to researching the full suite of over 80 types of autoimmune diseases.

The crossover between these diseases, which tend to be treatable but not curable (why some diabetics must give themselves insulin shots throughout their lives), is part of what make them so difficult to diagnose. “Most patients who come into my clinic have been feeling not quite right for quite a while,” Buckner says. “And it’s hard to make the diagnoses, because autoimmune diseases can be kind of sneaky.”

But by examining autoimmune diseases with particular attention to their similarities, rather than their differences, Benaroya has found its way to the cutting edge of immunology research.

“Think about ecosystems,” Buckner says. “If you change one aspect of an ecosystem — let’s say we get rid of mosquitoes — then something happens: Your birds aren’t there anymore. But [the outcome] is not always easy to predict, and humans have proven that time and time again.

“The immune system is as complex and as interrelated as an ecosystem,” she continues. “What we’re trying to understand is, what happens when we perturb the system — why it doesn’t get back to the right balance again.”

Of course, scientists do have some clues as to the answers to these conundrums. The predisposition of Pacific Northwesters to develop autoimmune diseases is likely linked to the relative abundance of northern Europeans here (like the Norwegians of Ballard), who are genetically prone to these ailments. But that’s not the only factor: Immunologists think environmental factors such as the amount of sunshine and vitamin D play an important role, too.

“If I had a twin sister living in Florida, her risk of MS would be much lower than mine,” Bucker says. Uff da.

The 25 principle investigators who come from a range of sub-specialities to work together under Benaroya’s roof have some major advantages when it comes to piecing the remaining mysteries of autoimmune diseases together. One is Benaroya’s biorepository, a library of blood and serum samples that Benaroya doctors have been collecting (with permission from their patients) for over 15 years. This provides a wealth of data, especially as the available tools that allow researchers to analyze these samples have advanced even in the time since they started collecting them.

Here’s an example: After scientists completed sequencing the human genome in 2003, they were able to identify the parts of the genome that are linked with diseases — and building off of that, have begun to understand which genes are involved in autoimmunity. Using the biorepository samples, Benaroya researchers have been able to take that knowledge even further by looking at the DNA from their patients to figure out who had what gene variants, with the goal of getting a better idea of how those genes actually function.

“The underlying functions of the genes that are linked to autoimmunity is an area that we’ve had a great deal of strength in,” Buckner says.

The institute has also been able to take big steps in getting to know the cells that they think drive autoimmune diseases: the CD4 T cells that are supposed to recognize nasty invaders like flu cells, but mix up nasty and nice in the case of autoimmunity.

CD4 T cells have been hard to study, because they’re really rare. “There’s probably ten in a million,” Buckner says. “It’s like finding a needle in a haystack.” But when Benaroya researcher Bill Kwok developed a technique over the past few years that uses a literal magnet to pull those figurative needles out, CD4 T cells suddenly became a lot easier to analyze.

Despite the better tools and more data available to them, however, Benaroya’s researchers still have a long road ahead of them. “I’m not always going to be able to tell a person why they have the bad luck of getting one of these diseases,” Buckner says. “But if I can understand what’s going on with their immune system, that gets me to the point of telling them how I can help them.”

That also brings on a whole new set of questions, however. “How do we get that ecosystem back to the right place? Because our medications are helping control it, but they aren’t getting it back to a healthy place,” Buckner says.

A place where someone with lupus, psoriasis or MS can do more than manage a sneaky disease — they can get rid of it. “All those questions lead me back to my ultimate question. Which is: How do I cure these diseases?”