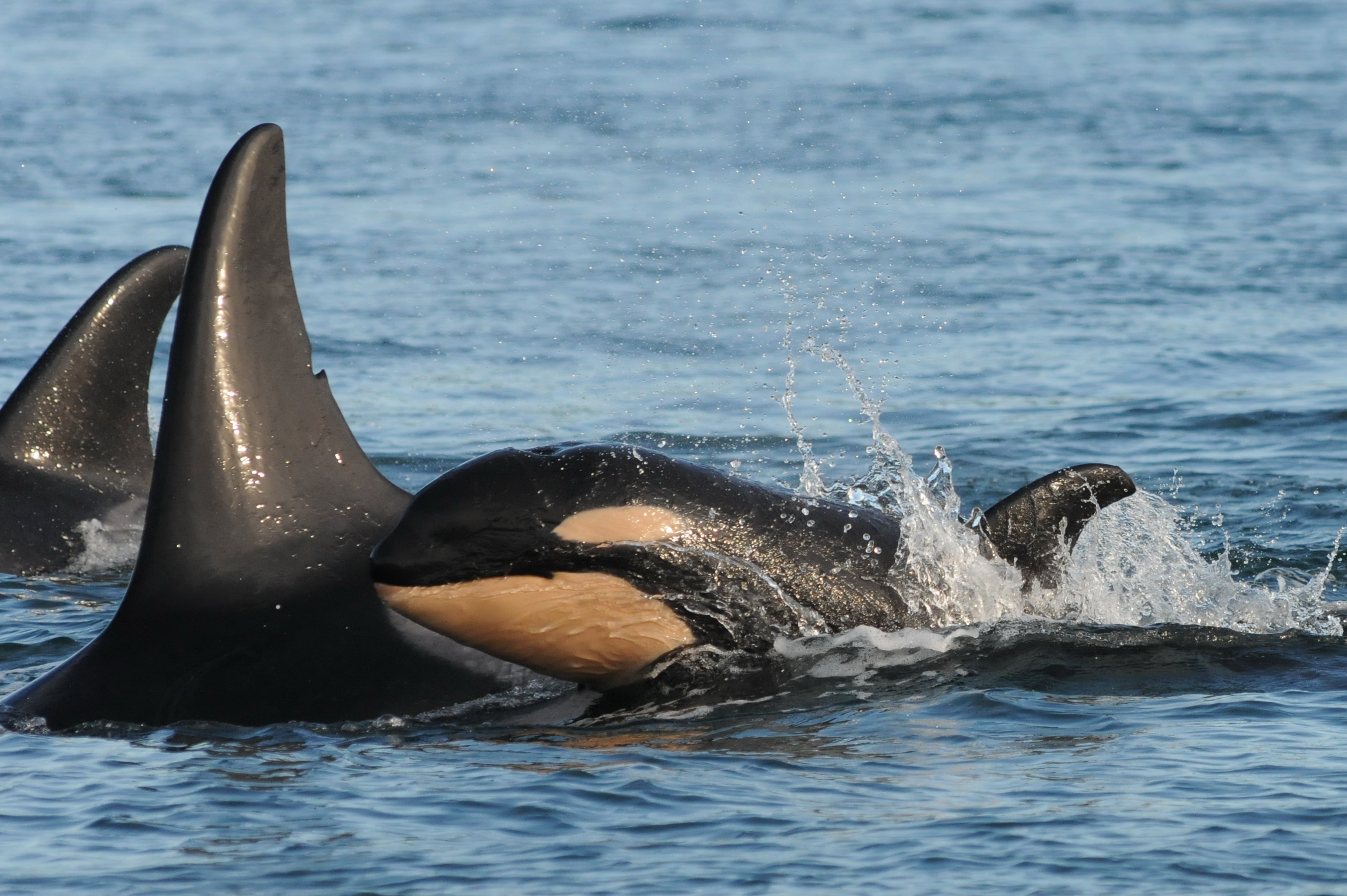 This time last year, everyone was celebrating what seemed like a step toward recovery for the endangered Southern Resident killer whales (SRKW), which make their home around the San Juan Islands. After a low in 2014 of just 78 individuals, the birth of eight new calves in 12 months looked like great news for this dwindling population. The last of the newborns, named J54, was first seen on December 1, 2015, and brought the population up to 85.

Not since 1977 (one year after the Orca Survey study began) had so many calves been born in a 12-month period. It was no surprise that 2015 was referred to as a “baby boom” and many were hopeful that this signaled a population on the rise.

Unfortunately, what was cause for celebration at the end of 2015 turned to cause for alarm by the fall of 2016. Not long after the birth of J54, his mother, an orca named J28 or "Polaris," began showing signs of poor body condition. By July, she was clearly emaciated and by mid-October she was gone. Not long after J28 was last seen, her infant calf was seen in extremely poor health, barely breathing, being carried on the head of his older sister. Without milk to sustain him, J54 did not have a chance at survival.

We will likely never know the exact cause of death for J28, but reproductive issues and complications from pregnancy for Southern Resident killer whales have been more common in recent decades. The loss of reproductive age females is a huge problem for this population. Young productive mothers are dying too soon to replace the older females who are no longer reproductively viable. The miscarriage rate is well over 50 percent of pregnancies and a large percentage of newborn calves do not live long enough to become reproductively successful members of the Southern Resident population.

What exactly is causing these reproductive issues is unknown, but nutritional stress, environmental stress and toxins are likely culprits.

Whether the whales know it or not, we humans have an interesting relationship with them. Many of us spend a lot of time thinking about what they need, whereas the reciprocal is highly unlikely. We argue and posture about what is best for them, and how best to help them survive.

At the end of 2016, the Center for Whale Research will have completed our 41th year of research. We are keenly aware that there are a combination of factors limiting the survival of the Southern Residents. The recently approved Kinder-Morgan pipeline in British Columbia will cause a seven-fold increase in oil tankers moving through the whales’ designated critical habitat. This increase in shipping will exponentially increase both underwater noise and the potential for a catastrophic oil spill that would likely wipe out the entire population of whales and irreversibly damage the fragile Salish Sea ecosystem.

Biopsy studies have shown that the Southern Residents are highly contaminated with toxins such as DDT, PCBs and PBDEs which depress immune systems and negatively impact reproduction, as shown in other marine mammals. And then, of course, there is the lack of salmon. Without enough to eat, all these impacts (as well as any others that we may not even be aware of) are exacerbated. Chronic food scarcity is known to cause illness and reduced lifespans in many other mammals, including humans.

The Center for Whale Research has become vocal this past year in calling for salmon recovery by way of habitat restoration, fisheries management and removal of dams where appropriate (such as on the Klamath and Snake Rivers). As researchers, we believe we have a responsibility to put our findings in the hands of policy makers, those tasked with recovering the whales, their prey and the ecosystems that support us all. As Ken Balcomb, founder and senior scientist of the Center, said recently “I can’t just sit around and count these whales to death.”

As for the future, there are some things we can do better to help the whales. As the whales continue to change the way they use their core summer habitat, expansion of monitoring efforts will allow better documentation of their health, population dynamics and behavior. It’s vital that a 3-river system approach to salmon restoration be taken that includes the Fraser, Skagit and Columbia rivers which are the key sources that provide the wild salmon that the whales need to survive. Above all we must continue to be a voice for the whales by forging stronger partnerships among federal and state agencies, nonprofits and scientists and continuing to make the whales’ dire plight known to policymakers, media, educators and the community of people, such as yourselves, who want to see this population not just survive, but thrive.

As we wrote this article, yet another Southern Resident has turned up dead. J34, also known as Double Stuff, a beloved young male of J pod, was found floating off the coast BC’s Sunshine Coast on the 21st of December. The exact cause of death is unknown, however, preliminary necropsy results described by Canadian Officials on scene state that J34 suffered from “blunt force trauma” to his head and neck. This type of trauma can be defined as physical injury resulting from forceful impact to the body. The necropsy (like an autopsy) revealed that he also had a hematoma which indicates that he was alive for some amount of time after the injury. Paul Cottrell, Pacific marine mammal coordinator with Fisheries and Oceans Canada said “the damage may have been caused by a vessel strike or other 'heavy contact,’ but investigators are waiting on tissue tests and other results to determine exactly what happened.”

The death of J34, brings the year’s losses to six individuals, plus three neonates that were never given names. After all the gains of 2015, we are now back to having only 79 southern residents.

Unfortunately, we cannot offer you the same rosy picture that was presented at the end of 2015. The whales are not in great shape. With the increased shipping traffic, threat of an oil spill, and ever shrinking chinook salmon populations, we must face the reality that the future does not look as bright as we would have it.

But we must not give up. In the hundreds of years that these whales have suffered our presence and all the impacts we bring, one thing seems clear: The whales are resilient. Although immeasurable by most standards, they have made some recovery since the time that nearly a third of their family members were captured or killed for marine parks like SeaWorld. Thankfully they don’t appear to hold a grudge against us for that. And despite the dismal numbers of returning chinook throughout the whales’ range, they continue to return to the Salish Sea, searching for the salmon that were once so abundant.

Erin Heydenreich, Deborah Giles, and Ken Balcomb are staff members of the Center for Whale Research, an organization dedicated to the study and conservation of the Southern Resident Killer Whale population in the Pacific Northwest.