Busting the myth of two Washingtons 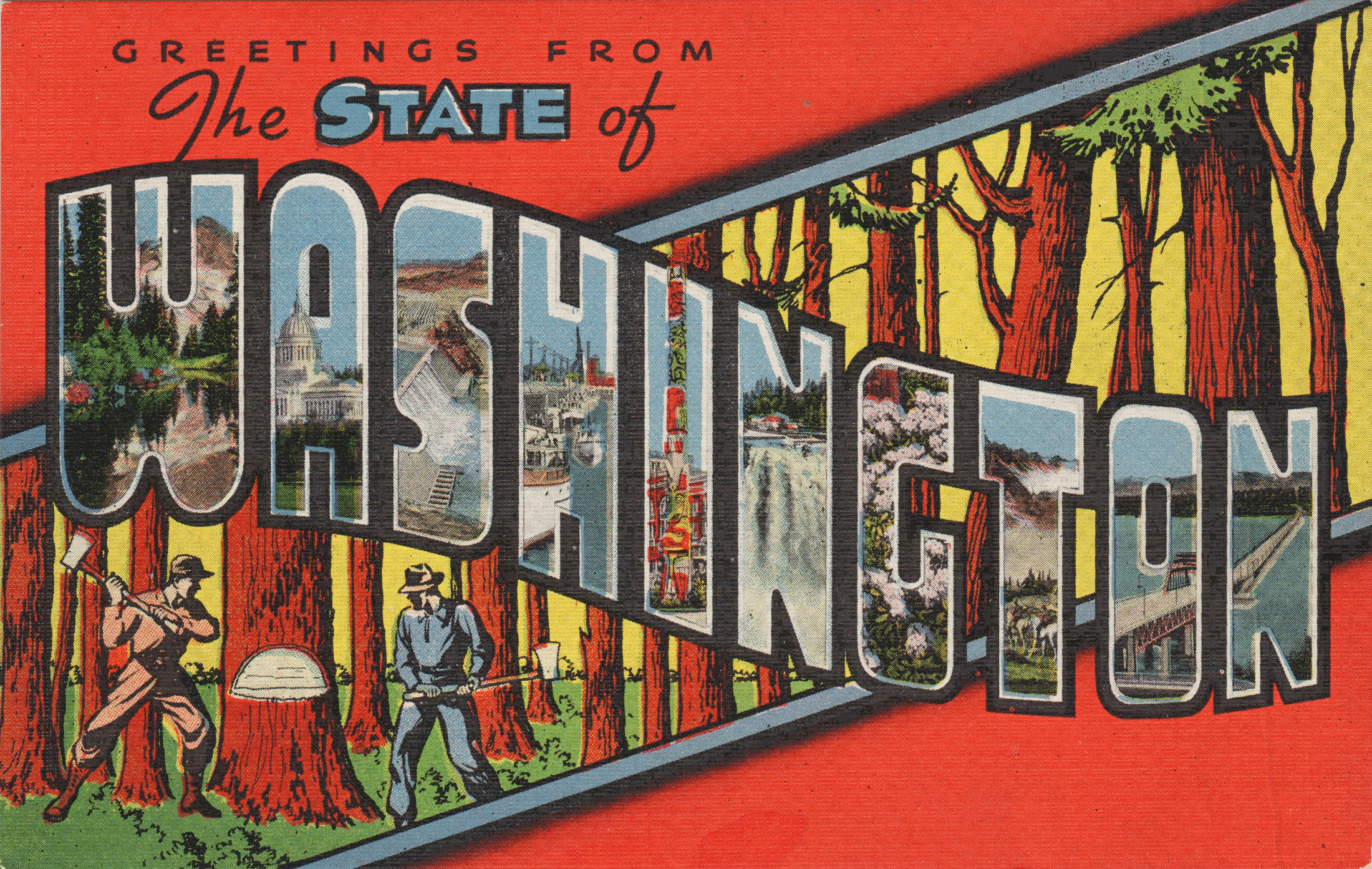 In the wake of the election, some would tear Washington state asunder.

The returns showed a deep red-blue divide between rural and urban areas, as usual emphasized by the divide delineated by the Cascades. Predictably, a new bill has been submitted in the state House of Representatives suggesting that Eastern and Western Washington are just too different to be part of the same state.

State Reps. Matt Shea and Bob McCaslin from Spokane Valley and David Taylor of Moxee are proposing to split Washington into two states by making the land east of the Cascades into a new state named Liberty. No one thinks the bill will go anywhere, least of all the hometown newspaper, the Spokane Spokesman-Review, which points to the long, failed history of such schemes and calls it a folly.

Disturbing, though, is the rationale put forth by the politicians. The bill says, "Since statehood, the lifestyles, culture, and economics of eastern and western Washington have been very different. The urbanization and rapid growth in the western portions of the state has progressively heightened this divergence of cultural and economic values between the western and eastern portions of the state."

The reaction by some in liberal Seattle was mocking and hostile (see The Stranger’s response by Sean Nelson), one sign of a kind of psychic secessionism going on in Seattle as many seek to hunker down in the sanctuary of the liberal bubble.

But the city does not end at the city limits. Read environmental history and you’ll learn that the cities shape the suburbs, exurbs and rural areas, and vice versa. William Cronon’s epic book, Nature’s Metropolis: Chicago and the Great West, is a classic work about the expansive, transformative power of cities that extend far out into the hinterlands, and the symbiotic relationships that result. Cities are vast ecosystems, more than just measures of density or amenities. Seattle needs Eastern Washington in the most basic ways — power, agriculture, access, wine! — and Eastern Washington needs the West Side’s ports, culture, markets, jobs and tax money. While being separate states doesn’t preclude any of these things, it complicates them, not to mention the management of resources.

The idea that our differences of “lifestyles,” “culture” and “values” seems to be coded dog whistling — and born of ignorance. The implication is that the state must be defined by ideological or racial, ethnic or religious affiliations. That is in conflict with the concept of the so-called State of Liberty.

If liberty means being free of having to deal with people who are different than you, how is that ultimately liberating?

Shades of this thinking showed up in a recent article where my colleague David Kroman reported on a trip to Ritzville in Adams County following the November election. He asked folks in a local coffee shop about the election. Their notion of urban people seemed to focus on the perception that certain people (read: African Americans) were looking for a government handout. Which is a funny point of view given how much of the economic activity and employment in Eastern Washington is government dependent. That contradiction, when pointed out, only elicited chuckles.

The problems and rifts between urban and rural are anything but new, and rural America has been in one crisis or another for over 100 years. Cities are growing and their economies are becoming less directly dependent on rural economies, but the landscape of agriculture itself is changing: automation, consolidation and corporatization. Those are problems we have in the big city too, whether you’re a Boeing machinist or an Amazon warehouse worker.

There seems to be a sense on the part of some rural folks that they’re the only ones who work hard. Urbanites might not have dirt under their fingernails unless they’re working a neighborhood p-patch, but most people I know in Seattle work their asses off. Even the rich ones. For the urban middle and working classes especially, big city life is not easy, even in these boom times.

The problem is, rural resentment of lazy city folk and urban resentment of the hicks is the function of separation and disconnection. Which takes me back to the 1980s when I was an editor at an independent magazine that sought to connect the whole state. Washington magazine was founded in Bellevue by Longview Publishing and operated out of Seattle, but editorially we covered all of Washington.

Our editorial goal was to lift what we called “the Cascade Curtain.” In those days, there was a sense of rivalry — Huskies vs. Cougars, Dryside vs. Wetside, apples vs. salmon — defined by the Cascade ridge line. The differences then were more a subject of humor, and badges of belonging. There wasn’t the kind of polarization we see now, even politically. The Speaker of the U.S. House of Representatives, after all, was Tom Foley, a Democrat from Spokane. The governor of Washington was John Spellman, a moderate Republican from Seattle. Both things are hard to conceive of now.

Yes, politics in Olympia is nasty — it has always been: An 1863 Seattle newspaper described the territorial capital as a “political trading post or slaughter house” of “official imbecility.” So the state has one longstanding thing in common: dislike of Olympia. I suppose if you are an Eastern legislator who only comes over the mountains during session, your view of Wetside humanity might be skewed. And if you’re a Seattleite who has never visited Eastern Washington because …  —  well, why? — it might be because you’re a smug urban snob who needs to get out more.

Washington magazine, long since deceased, gave me a chance to work with writers and photographers all over the state — it was lavishly illustrated and my boss was an old LIFE magazine hand, Ken Gouldthorpe, who was a tireless promoter of state unity (he later headed the state’s tourism division under Gov. Booth Gardner). I had a chance to poke around every corner of Washington, from Oysterville to Usk. Our biggest subscriber penetration, percentage-wise, was Central Washington, from Wentachee to the Tri-Cities — people who knew the state because they traveled in both directions regularly. But what I remember was the sense that people in Washington have a lot in common and are deeply interconnected.

Farm kids moved to the city for jobs; city people retired to the country. People in Eastern Washington came West to buy appliances. People in the West went over the mountains to hunt and fish. There was beauty everywhere, and a common devotion to that.

In the mid-1980s, the magazine hooked up with a program being revived by the Washington Association of Wheat Growers called the Farm-City Swap. People filled out an application in the magazine to spend a weekend on a wheat ranch in Eastern Washington and agreed to host a farm family at their place in the winter after harvest. Tons of people applied and were linked up — think Match.com.

I got matched to a farm near Connell in Franklin County and took my family there. We rode a combine and “helped” with the harvest. We ate as heartily as if we were actually working in the fields, we attended a local church service, and made a run to see Palouse Falls. Most of all, we were impressed by our wonderful hosts — a matriarch who ran things from the family kitchen with the authority of Captain Kirk.

We learned about the complexity of the government’s farm program, and why a college degree from WSU was important to keep ahead of business and technological trends. I remember her son who ran the harvest telling me that farming was 24/7 — but that it wasn’t a job, but a way of life. You didn’t count hours, or days off, or overtime. You just did what was necessary each day, and enjoyed the downtime when it came — not unlike the life of a writer, I thought.

I remember talking to Swappers including farmers from Eastern Washington who were surprised at the commonalities they found with growers like the tulip farmers of the Skagit Valley or with island dwellers who had similar senses of self-reliance. Living on a farm in the middle of wheat country is a bit like island living.

We can lecture each other about the right way to live, we can settle into our prejudices — reinforced, often, by the very media that are supposed to connect us. But nothing substitutes for spending time with each other, learning how others live, finding human commonalities that live outside the voting booth.

It behooves us to see each other as three-dimensional, complicated beings, not just the cutouts presented on TV or Twitter. Dividing the state is exactly the wrong answer.