Day 1 in Olympia, and etiquette is already out the window 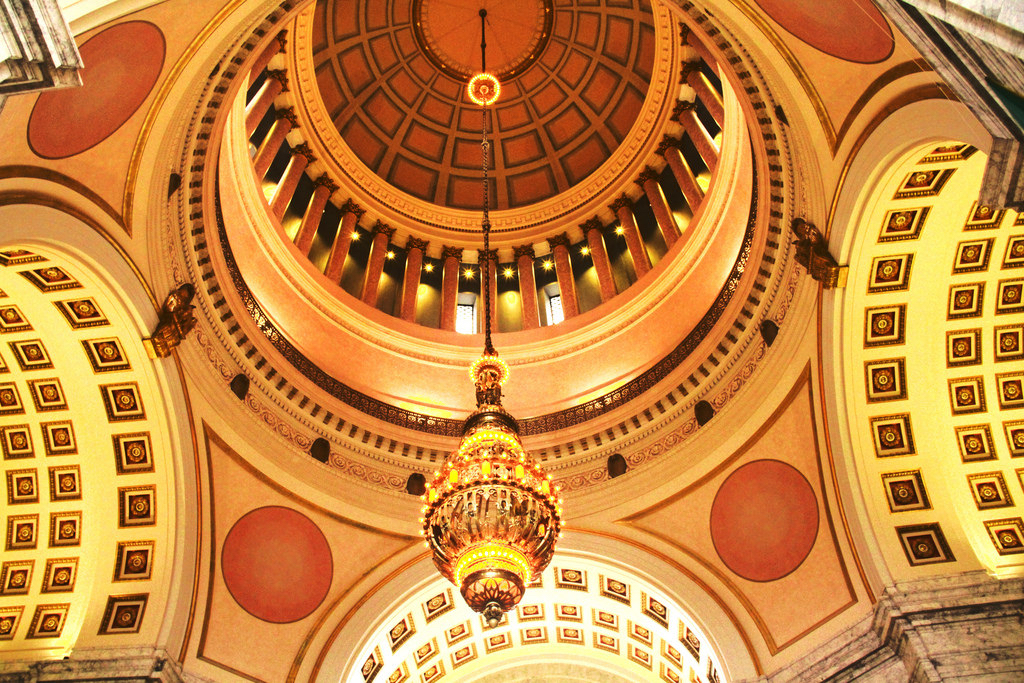 An agreement, then a last-minute snub: That’s what Democrats allege took place last week during negotiations over the state’s school funding crisis. Republican legislators skipped a potentially important meeting where the two parties were supposed to exchange proposals.

The crisis is the quagmire stemming from a 2012 state Supreme Court ruling that the Legislature is obligated to cover the cost of a basic education for every student in the state, much of which local school districts now cover on their own. Last Tuesday, Democrats had expected to turn over their proposals on what the state needs to do and where the money might come from and receive Republican recommendations. But Democratic leaders publicly complained this Monday that their Republican counterparts never showed up.

As a display of acrimony unusual for such an early stage in the legislative process, the complaint appeared to be a bellwether for tensions swirling around the issue. And it set a harsh tenor for a debate that will likely dominate the agenda during the 105-day legislative session that just started.

“They told us that they would have a proposal,” said Rep. Pat Sullivan, D-Federal Way, leader of the Democratic majority in the state House. Sullivan said he and other legislators had asked Republicans members of the Joint Education Funding Task Force for the specifics before the Christmas holiday, and scheduled a meeting for Jan. 3, last Tuesday.

“They said they would get back to us that Tuesday, but they didn’t show up.”

Two Republican legislators who had been scheduled to attend gave different reasons for skipping the meeting – and different responses to the perception of a snub.

Sen. Ann Rivers, R-La Center, called the allegations political drama, and said that there had been no point in attending without complete data on the schools crisis. A point person for Senate Republicans on the issue, Rivers said better data is needed, especially about teacher pay in rural areas, to form a complete plan.

Pressed on the allegation that she and others had left negotiating partners hanging — Democratic staff provided December emails confirming the upcoming meeting — Rivers responded with a laugh and a rhetorical question.

Rep. Paul Harris, R-Vancouver, said that he decided to skip the meeting when he learned that Rivers and another Republican invitee, Sen. John Braun, R-Centralia, had scheduled conflicting events.

“I’m not going to sit there by myself … and be the lone Republican in the room,” Harris said.

Harris, however, called skipping the meeting without warning an honest mistake. “I was a little embarrassed on that to be honest,” Harris said, adding that he had thought notice had been given. Referring to Democratic legislators left in the lurch, Harris added, “I think they have a right to be upset about that.”

Coming as an early crack in the veneer of a collaborative — if tense — negotiating process, the episode echoed events that nearly derailed talks over the same issue last year.

Then, just as now, a small group of legislators had been meeting to hammer out a set of common agreements on education to serve as a foundation for the larger negotiation process.

But late in the process, Republican Sen. Steve Litzow (who lost his Eastside seat in the November election) abruptly injected a warning that if a key deadline for meeting court mandates wasn’t removed, the proposal would fail. Some interpreted the statement as a threat. And, in succeeding weeks, tense debates over the deadline became the central focus of the negotiating process, and legislators only passed the resulting bill — with a deadline — after going into legislative overtime.

Asked whether they saw a parallel with the 2016 event, Rivers and Democratic Rep. Kristine Lytton, D-Anacortes, who was left hanging Tuesday when she arrived for the meeting, had different responses.

Rivers said she had actually skipped the meeting in part to avoid a similar situation to last year's blow-up. At the time, she said, she made the mistake of going too far into the negotiations without consulting other Republican senators. So, she said, going to Democrats this year without broad support from her colleagues could have resulted in similar fissures threatening the process down the road.

Lytton was more blunt. "Déjà vu," she said when asked if the no-show bore any resemblance to the 2016 rupture.

Although both events may have inspired some acrimony, there is one key difference: Last year, lawmakers were able to essentially put off the task of actually finding money for an education fix. Instead, they established a committee to study the problem, and bought themselves a year’s breathing room while they waited for the findings of the committee.

Now that the task force has finished its work — the meeting that was skipped was one of its last meetings — and there was no agreement around the parties' differing proposals. Indeed, while the Democrats outlined eight proposals, including $1.6 billion in higher teacher pay generally and smaller class sizes for students in third grade and under, the Republicans only laid out a set of "guiding principles" that avoided specific cost figures.

Altogether, it all means that there’s not much more for lawmakers to do at this point but find money for school improvements. It also shifts the spotlight to the right side of the stage. With the Democrats having submitted their own education plan, not to mention Democratic Gov.Jay Inslee’s education-heavy budget, everybody is waiting to see what the Republicans will do.