Inside Inslee’s carbon tax: A gift for king coal 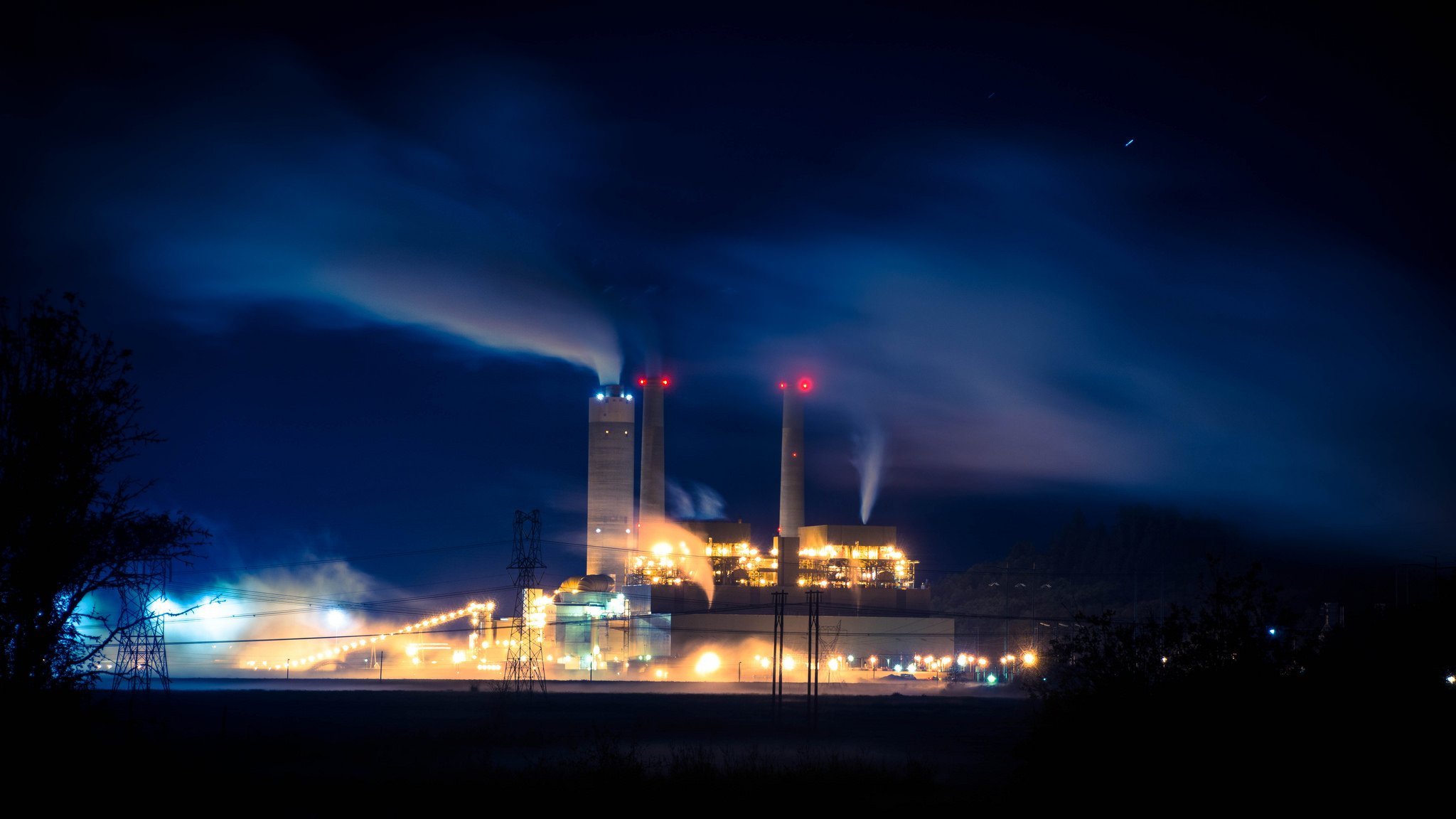 OLYMPIA — For years, protecting the climate has been Gov. Jay Inslee’s signature issue. And his 2017 legislative agenda is keyed heavily to passing a tax on the greenhouse gas carbon dioxide.

But one surprising new analysis suggests that adopting the tax as Inslee has proposed would at first actually increase the state’s production of greenhouse gases and favor the dirtiest fossil fuel: coal.

Unlike the carbon tax rejected by voters on the November ballot, Inslee’s tax carries a little-noticed exemption for the state’s only coal-burning power plant, which is located near Centralia and is owned by the Canadian energy giant TransAlta. That exemption could give coal a price advantage over cleaner-burning natural gas.

In fact, Lazar calculates that in all likelihood, Inslee’s plan would cause Washington’s carbon footprint to increase slightly.

“The basic idea of a … carbon tax is a terrific one for reducing carbon emissions,” said Lazar, who has worked on clean-energy plans around the world. “The only thing that I find (to be) a problem in the governor’s proposal is this loophole.”

At the time the carbon-tax proposal emerged from Inslee’s policy office in December, the person in charge was Matt Steurwalt, who just before his stint as Inslee’s policy director served as a TransAlta lobbyist. As a lobbyist, Steurwalt helped engineer a deal approved by the Legislature in 2011 in which TransAlta secured an exclusive right to make long-term sales to Washington utilities. That’s an exception to a state law that prevents suppliers of coal-produced power from making such long-term sales. TransAlta also secured tax breaks to convert the plant to another fuel in the future, as well as a promise that state environmental regulators would not tighten pollution limits on the plant.

Why did Inslee give the TransAlta plant a pass on his proposed carbon tax? It traces to the very deal that Steurwalt helped engineer. Inslee energy advisor Chris Davis cited the 2011 law as the reason the governor chose to exempt Transalta from his proposed tax.

That law called for TransAlta, in exchange for state concessions, to install additional pollution controls; close one of two coal-fired boilers by 2020, and the other by 2025; and spend $55 million on energy-efficiency projects, worker retraining, clean energy, air quality and other environmental protections.

Davis, Inslee’s advisor, said Steurwalt was not involved in formulating Inslee’s carbon-tax proposal. Efforts to reach Steurwalt, who left Inslee’s office at the end of the governor’s first term earlier this month, were unsuccessful.

Washington is greener than most states when it comes to energy. A majority of its electricity comes from hydropower. Use of hydropower, nuclear energy and renewable energy such as wind and solar are maximized, leaving natural gas and coal to pick up the slack for whatever the other sources can’t provide. The cheaper option is the one that wins.

In recent years, energy from the coal plant has generally been more expensive than natural gas, so it has operated only about one-third of the time. Now this stands to change. Climate-unfriendly coal could at least temporarily undercut environmentalists’ work to reduce greenhouse gases emitted to power Washingtonians’ homes.

Environmental groups haven’t been focused on Centralia this year. Only one man has crunched the numbers.

Lazar is a jovial man with a white beard whose bookshelf sags with the weight of the many thick binders of energy policy crammed onto it. After Inslee’s plan was announced, he did some math. Poring over data from the federal Energy Information Administration, the Northwest Power and Conservation Council and other sources, he estimated the amount coal usage would increase. Then he began to sound the alarm. An email he circulated to environmentalists and their allies in December was largely ignored.

The gist of Lazar’s analysis is this: Right now prices for coal are higher than prices for natural gas. Natural gas prices plummeted with the widespread application in recent years of hydraulic fracturing, or fracking. Putting a carbon tax on lower-carbon natural gas will likely make it more expensive than coal.

By Lazar’s calculations, if a carbon tax exempted the Centralia plant, it would start working at roughly double its current level. That’s enough to increase the state’s greenhouse gas production by 1 percent or perhaps 2 percent.

He explained that he is ringing alarm bells because Inslee’s proposal “gave an actual financial advantage to coal, and that would mean that, actually, emissions would increase.”

Right now coal costs one-fifth more than natural gas, Lazar said, so the utilities aren’t buying a lot of coal-produced power. Inslee’s proposed carbon tax would raise the going rate for gas-generated power by two-fifths. So  TransAlta’s coal power would be, by far, the cheaper option. That means utilities would buy more coal-produced power from Centralia while they can.

Lazar says under those circumstances, natural gas dropping to levels competitive with coal is “possible, but not very likely, except for a few days here and there.”

Even if Inslee’s carbon tax does not pass — a distinct possibility since the Senate has been hostile to the idea — it’s still possible the increased-coal scenario Lazar envisions could come to pass. Here’s why: The federal Energy Information Administration projects that natural gas prices will rise between now and 2025 by about one-third even without a carbon tax.

Environmental groups painted the 2011 deal blessed by the Legislature as a “giant step forward” for climate protection.

What are they saying now? Not a whole lot.

In 2011, the four environmental and energy groups working to shut down the Centralia coal plant — the NW Energy Coalition, Washington Environmental Council, Sierra Club and Climate Solutions — signed a document as part of the shutdown agreement then-Gov. Christine Gregoire struck with TransAlta, stating they would not oppose the sale of coal power related to that legislation.

In the six years since the agreement, TransAlta has stayed active in Washington politics, contributing over $35,000 to candidates in the 2012, 2014, and 2016 state house and senate elections. In 2015, TransAlta settled a record-high $56 million lawsuit in its home province of Alberta, Canada, over using timed shutdowns of two of its plants there to manipulate the market back in 2010 and 2011.

The environmental groups and their allies in 2011 pushed for TransAlta to be done with coal in Centralia by 2015. But the company argued that it needed the concessions in state law and an extended shutdown timeline to provide financial flexibility as it transitions to another fuel, and to ensure that hundreds of workers remain employed during the transition. Plus, TransAlta said, even before the agreement, it had spent about $300 million on pollution control at the plant.

The agreement to stop burning coal was struck, but for a date 10 years after environmentalists and their allies wanted, and only after the state had made the concessions to TransAlta. One win for environmentalists was the requirement that one of the plant’s two burners be turned off in 2020. The plant will lose half its capacity when that happens, cutting any increased coal plant emissions by about half.

Washington wouldn’t be spewing new emissions, but all the savings from taxing petroleum and gas would still be canceled out by the coal emissions. A wash, in other words. It’s an awful lot of work to make a carbon tax that in practice won’t do all that much to cut back on carbon emissions for the next eight years.

However, the agreement does not block them from pushing for new energy regulation legislation that might affect the plant.

In effect, though, none are keen to bring it up, citing the fact that the plant is scheduled to go offline in eight years as reason to focus on other priorities.

“I wouldn’t say its fallen off our radar at all,” said Nick Abraham of the Washington Environmental Council. “When we got the agreement to have a coal plant shutdown that was a landmark decision. That was something that had almost never happened in any other part of the country before.”

But he added: “The fact that it’s still producing emissions is something we’re still concerned about.”

Lazar was a founding board member of NW Energy Coalition, which includes about 100 environmental, civic and human service organizations as well as some utilities and businesses. He still questions the wisdom of the 2011 deal. He notes that coal power produced by older coal plants like those in the Northwest looks less and less competitive against natural gas, and contends that the unorthodox, long-term contracts TransAlta won in the 2011 deal are what’s kept the Centralia plant open at all.

“They sold their soul to the devil for two pieces of silver in 2011. If they had not passed that legislation, that plant would have closed permanently by now,” Lazar said.

“If the governor recognized the problem he can fix it very easily,” Lazar said.

Inslee may not get the chance to, though. Two new pieces of legislation propose alternative carbon taxes that do not exempt coal.

On Wednesday, Rep. Joe Fitzgibbon, a Burien Democrat who heads the House Environment Committee, proposed a variation on a carbon tax crafted by the Alliance for Jobs and Clean Energy, and one backed by all the major environmental groups, which opposed the tax on the November ballot because it failed to raise revenue for the state. Fitzgibbon’s bill would not direct any funds from the carbon tax toward education, instead focusing them on transitioning to a clean energy economy.

Sen. Steven Hobbs, a Democrat from Lake Stevens, introduced an unrelated carbon tax bill on Monday. Hobb’s bill is less detailed than Inslee’s and Fitzgibbon’s proposals. His tax is smaller and focuses a large portion of the revenue on funding transportation programs, including for schools.