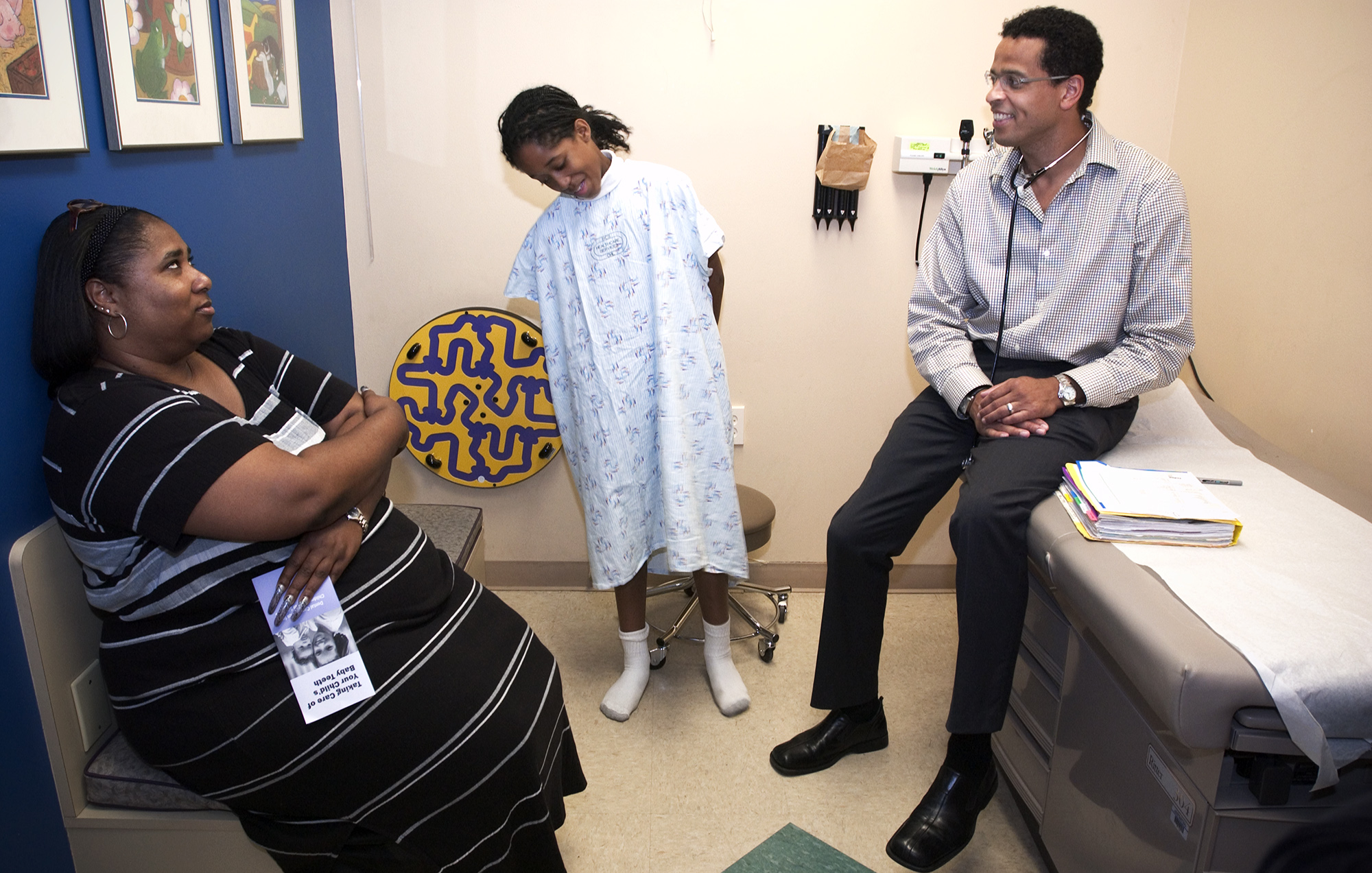 Dr. Ben Danielson is medical director at the Odessa Brown Childrens' Clinic, which serves a population that would be heavily impacted by an Obamacare repeal.

Six months after Emily Kight got insurance through Washington’s Health Benefit Exchange, set up as a part of the Affordable Care Act or Obamacare, she found a lump in one of her breasts. It turned out to be a rare form of cancer. Doctors removed the tumor via a partial mastectomy, but then she found a second lump, on the other side.

Before the days of the ACA, her health insurance company could have declared the second lump as a pre-existing condition and denied her coverage, she said, speaking at a press conference Monday in South Seattle. But thanks to changes wrought by former President Obama’s signature law, she got the treatment she needed and has been cancer free for a year and a half.

That kind of coverage could soon go away if Republicans in Congress succeed in passing a“repeal and replace” plan that would sunset Obamacare while lawmakers come up with an alternative. Proponents of  the ACA have been girding themselves for the worst — thus, the press conferences, held by King County under the assumption that the “replacement" will be inadequate.

On the heels of the Olympia Democrats’ doom-and-gloom picture of a post-Obamacare world, King County Executive Dow Constantine was hardly any more optimistic. A repeal, he said, “is not an abstract, academic policy debate. The move will have real consequences for real people. It could make our communities sicker, poorer and even more fractured.”

Washington state has been among the success stories of the ACA, seeing a dramatic decrease in the number of uninsured as well as a significant jump in available plans. Premiums and deductibles have climbed recently, but that burden is often eased by subsidies and, nationally, is still below 2009 cost projections.

According to county officials, 200,000 people use the affordable care act in King County. Some of those were already on Medicaid, but according to spokesperson Keith Seinfeld, about 120,000 of those people previously had no coverage at all. That amounts to a 54 percent drop in uninsured residents since 2013, to just 7.7 percent of the population.

The change has been particularly dramatic in the African-American community. Since 2013, the uninsured in that population plummeted from 27 percent to 10 percent. Those numbers are from U.S. Census data, said Seinfeld.

Few, if any, argue that ACA is perfect. But it should come as no surprise that the likes of Dow Constantine and Gov. Jay Inslee don’t have much faith that President Donald Trump and Congressional Republicans will improve it; early signs have pointed toward giving more latitude to states, a proposal that Constantine argued would amount to the federal government abandoning its own policy.

King County officials were hesitant to put an exact number on what it would cost to fill the void if the ACA is repealed. The resources have been pushed around in a way that makes extracting the various pools from one another complicated.

The real fear, said Jim Vollendroff, director of King County’s Behavioral Health and Recovery Division, is not the price tag today so much as tomorrow: The county, he said, will either spend money on mental health now, or spend it on criminal justice later.

For many in the health care world, one of the most significant successes of the ACA has been its emphasis on preventative care. “People were showing up in ERs with problems that we know if they’d been identified earlier, they could have been managed,” said Patty Hayes, director of public health for Seattle and King County, in an interview after the conference.

Preventative care quickly becomes wrapped into issues of social justice. When asked what ailments she might worry about the most in the absence of the ACA, Hayes mentioned asthma and diabetes. Both can be managed and even prevented through early intervention. Both are nearly twice as prevalent among African-American children. Black kids are three times as likely to end up in the hospital or dead due as a result of their asthma.

“The ACA allows us to champion a culture of prevention that is important in addressing health disparities,” said Shelley Cooper-Ashford, executive director of Center for MultiCultural Health.

When asked about the Trump administration’s claims that the Affordable Care Act has reduced options and increased costs, Constantine dismissed the claim, joking about the new administration's tendency to use "alternative facts," a reference to a phrase coined, and widely ridiculed, by Trump spokesperson Kellyanne Conway over the weekend. “Most of the challenges of the ACA were the result of Republican intransigence," he said.

Republican King County councilmembers Kathy Lambert and Reagan Dunn did not return calls for comment for this story.

Constantine and the county’s lobbying team plan to take their case for keeping Obamacare to Washington, D.C., in April.