Searching for hope after a hard year 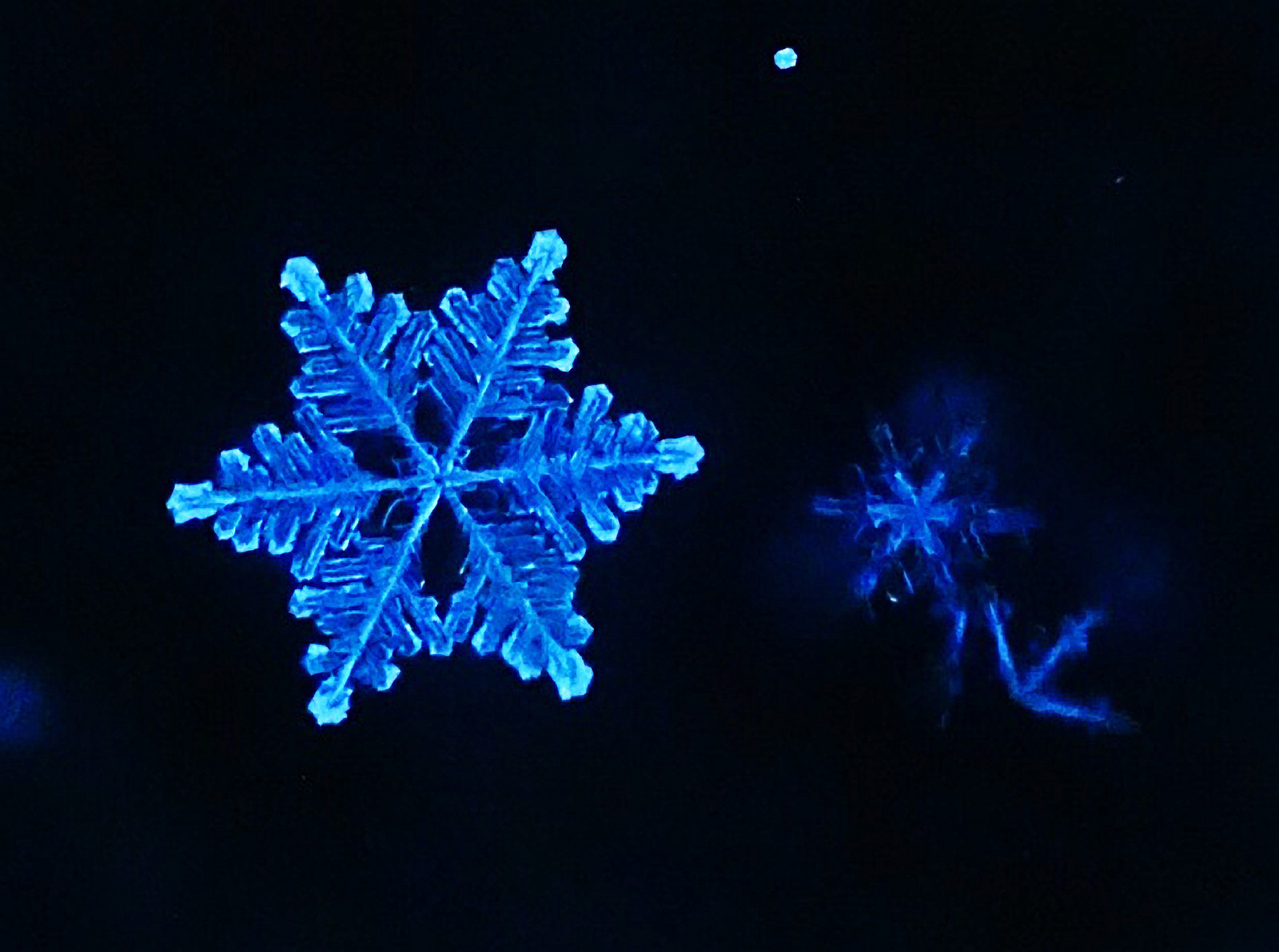 A few days after Christmas, the neighbors discarded their tree in the alley. An unsheared Fraser Fir with a pointer-finger top, a rat’s nest bottom and a naked middle. They would definitely recognize it through our window.

I took my husband, Derek, to see it the night before trash day. We shook it (needles still good), stood it up (yikes- who would pick this one?), and carried it home. The fading smell of pine arrived just as 2016 headed out.

We weren’t in the mood for the holidays this year and, in Seattle and across the country, we were not alone.

Early on — at Thanksgiving, perhaps — we started calling it a no-present year. That slowly became a no-tree, no-advent, no-ramp-up to the big day year. Sure, we got out the porcelain deer and 1970s miniature carolers but we set them in a circle around tea-lights. They looked like homeless singers over a barrel fire.

“Stay strong, Kate,” my father said, when my mother admitted that maybe she had a little something for me.

It wasn’t about staying strong. I knew I couldn’t shop this year. I would walk into a store on my way to the bus home from work, see the weary line, and turn back to the rain outside.

Everyone has a litany of reasons why 2016 sucked, a combination of personal, political, and mortal letdowns. It seemed no one escaped. Maybe every year it is the same and we don’t collectively notice. This year we did.

For me, the year began when we lost the best house we’d ever rented, a charming corner home in Ballard surrounded by century-old rose bushes. (Today, seven skinny rowhouses stand in its place, rising from a rubble pile of bricks, twisted porch railing, homemade garden beds and our fireplace, which remarkably survived the excavator’s first smashing.)

The stuff that happened after that I will process for years.

Perhaps because of the hard year, on Christmas Eve, Derek and I were longing for a little holiday light. Not only had 2016 made us scared and tired, it had made us sad.

Or rather, life, not the year, had done that.

We needed some joy. We needed a tree. But by then, it was too late. Every fenced parking lot was closed, the unselected trees practically begging us to scale the barbed wire and make their Christmas dreams come true.

And so the year ended with us erecting a used alleyway Christmas tree in our new house on Queen Anne Hill. We decorated the tree on New Years Eve with blue, purple and pink Christmas balls, skipping the lights for the dying tree’s sake (or was it was laziness?).

Our new house was selected out of desperation, not love, like our last house. But after decorating the tree, we realized a remarkable benefit. We could walk to Kerry Park on the top of the hill. We could see the Space Needle fireworks in person, something I hadn’t considered even trying to do since my early 20s.

The walk was a cold 40 minutes, so we mixed a cocktail into a teal blue “Bike Everywhere” water bottle and began the journey. Derek had mapped out the shortest way. (Note to Queen Anne walkers: Shortest equals steepest. You won’t need that extra coat.)

As we neared the park, the walkers grew thick, the marijuana smoke thicker and everyone who passed seemed to speak a different language. It’s magic when you are about to see your city as a tourist does: creative, diverse, alive. It reminds you that Seattle is a place worth experiencing, not just a place for commuting and working.

Along narrow West Highland Drive, dozens of cars sat idling, their hoping to park had turned into hoping to move. Half the cars were heading east. The other half was heading west. The exclamation point between them was a black-lit, music-belching party bus. A drunken 20-something helped me cross the gridlocked street.

People had packed into the park, lining staircases, feet turning the grass muddy. Adjoining apartments had spectators leaning on deck rails. There were noise blowers and rattles and horns and hollering. People selling light-sabers. Middle-schoolers on phones.

And yet, it seemed open, spacious-even. Everyone gave each other room. The mood was high — and it was tense. We looked to the Space Needle, lit up pink, to let us breathe again with the first shot of sparkling gun powder.

In the waiting, the crowd started heckling 2016, telling it to move along: “We don’t need you anymore!!” To 2017, they cried, “bring it on!” And as the jeering at 2016 grew, so did the smiles. The laughter. “Just a couple more minutes now,” someone near us whispered. I stood on my tiptoes to see better. Derek held me up.

We came looking for renewal, and we would accept any trace of it.

But then it started to snow. Light at first. So light, most of us didn’t notice. Even Derek said it was rain when I mentioned it.

But the snow didn’t let up. It came down harder. People started putting up their hoods. The iPhones taping the fireworks tilted up to check the weather.

For those minutes, the fireworks and snow seemed to match. As the Space Needle disappeared into a fog of smoke, red bursts and blue twinkles, the snow became sleet. Perfectly round, pin-head snowballs bouncing off shoulders and hats and the gloves held out to catch them.

And as the fireworks hit their final frenzy, the ice pellets grew thicker and harder until people just start laughing for the ridiculousness of it all. The explosions. The hard white raining down. The growing mud pit.

As we turned toward home, the laughter trailed us, seeming to spread into the city as friend groups branched off to find their cars. And then it was just us again, walking down a steep Queen Anne staircase, a canopy of laurel hedge above.

“Listen,” I whispered, gesturing to one of Seattle’s rarest sounds — snow on leaves.

“What did we do for New Years last year?” Derek asked.

When we got home, we cracked a bottle of sparkling apple cider and toasted. To hope. To ever-surprising Seattle. To the good things we can’t see coming.