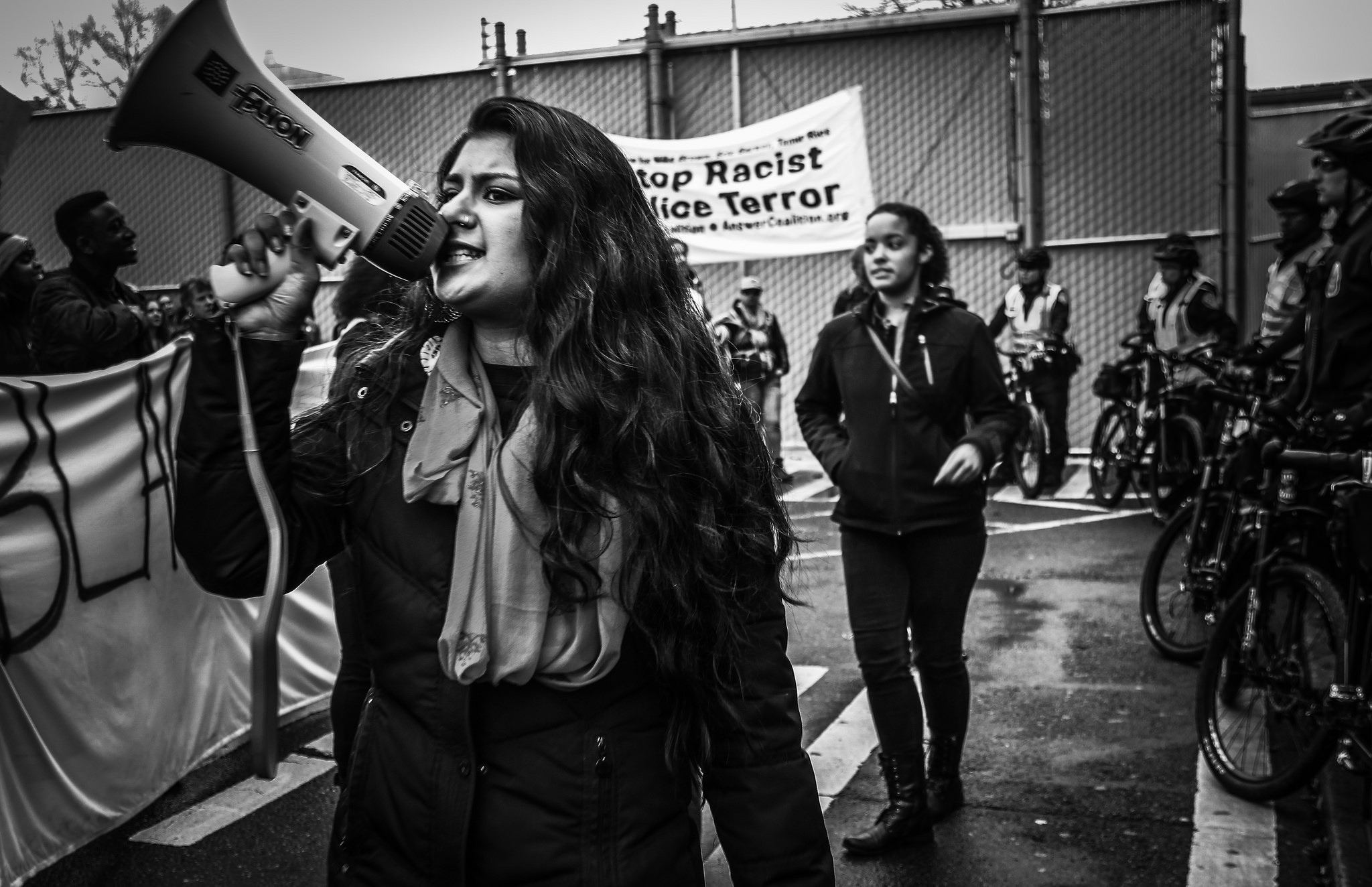 After an initiative to change Washington’s law on prosecuting police officers for the use of deadly force fell short of the 250,000 signatures it needed by the end of December, organizers were quick to turn their attention to 2017. Now, however, an awkward competition has opened up between two separate groups — Washington for Good Policing and Not This Time.

Both apparently are ready to try again to reform state law, which has some of the nation's most severe restrictions on the ability to charge police officers for the wrongful death of a member of the public. But the groups are likely to file two separate initiatives.

The explanations for the divide vary from poor communication between the two organizations to disagreement over the language and different ideas of what sort of broad movement is being built.

The rift has echoes of a split in the environmental community last year, when it looked for a time like there would be two competing carbon tax proposals (only one made it to the ballot before failing handily). Both the carbon tax measure and the policing initiative (known as I-873 last year) were first-in-the-nation attempts at environmental and police reform through the ballot.

Now, proponents are worried the police reform effort will fall victim to the same infighting that some blamed for the carbon tax’s failure.

A frustrated Courtney Weaver with Washington for Good Policing (WA4GP) compared the dueling camps to “crabs in a bucket,” all caught in the same unfortunate situation, but nevertheless fighting between one another for a leg up.

Washington state’s laws on prosecuting police officers for deadly force date to the 1980s, when lawmakers were particularly eager to side with law enforcement and be seen as cracking down on crime. While many reform advocates see broad issues with the entire section on prosecuting police, three words have received the most scrutiny: An officer is protected if they acted in “good faith” and without “malice.” The standards are generally considered impossible to meet, because they in essence require a jury to read an officer's mind.

The language started getting a second look after Seattle officer Ian Birk wasn’t even charged after shooting Native American woodcarver John T. Williams in the back in 2010. The shooting was nearly unanimously condemned, and Birk resigned hours after a scathing departmental report. Birk shot Williams, who was hard of hearing, just seven seconds after the confrontation began. King County Prosecutor Dan Satterberg, however, concluded that he couldn’t prove Birk was acting in malice.

Last year's I-873 was named the John T. Williams bill. Proponents had hoped legislators in Olympia would change the language. But after lawmakers settled only on the creation of a task force on policing, organizers set out to draft an initiative that would put the measure on this November's ballot if no reform comes out of the legislative session that starts next week.

Lisa Hayes with Washington for Good Policing was the primary author of I-873, and Andre Taylor and Not This Time joined forces with Hayes early in 2016. Taylor's brother, Che, was shot by police officers in North Seattle. Che Taylor had allegedly reached for a gun after officers approached him at his car, but his friends and family deny he would have done such a thing. They say officers acted prematurely because he was black and well known to the Seattle Police Department.

On the surface, collaboration between the two organizations should be a perfect match. Taylor works well with the press and public officials, and he quickly and seamlessly became the face of the I-873 campaign. He hosts weekly meetings, often featuring Hayes and others from WA4GP, as well as elected officials like Mayor Ed Murray and U.S. Rep. Adam Smith. Perhaps even more notably, for some, is the presence of people not often at the table making policy decisions — bringing an unusual amount of genuine grassroots involvement.

Internally, though, the collaboration was not so seamless. “We don’t want it to be separate, but we’re having a hard time collaborating,” says Weaver, who survived a gunshot from an ex-partner and worked extensively on a bill in Olympia to restrict gun access to domestic-violence offenders. Weaver and WA4GP in general come from a place of more traditional political organizing. They are hosting a fundraiser Wednesday evening to pay for hiring lobbyists in Olympia and plan to pay signature gatherers this year, rather than again relying on volunteers.

Weaver describes an environment in which the two organizations looked past each other. She says that Not This Time held a separate bank account and that a former political operative working with the organization had its members sign non-disclosure agreements. Throughout the signature-gathering process for I-873, she says, she was never sure how many signatures had actually been gathered.

Weaver also says some of the families she’s worked with for the effort feel like their stories are not being heard and that Not This Time is too much about one person, Che Taylor. “It’s really about sharing all the stories, because there are so many stories. You can’t just have it be one person,” she says.

Others, though, describe Not This Time as uniquely capable of bringing voices to the table, be it Mayor Murray or convicted felons. While several people interviewed by Crosscut concede that it’s possible some families feel the oxygen has been sucked from the room, they counter that the room would not exist without Not This Time.

Andre Taylor is a potentially controversial figure for a statewide initiative campaign, having worked as a pimp for years before spending time in jail. Weaver fears his history will turn away campaign funders. "I know that people aren’t going to throw money at something if there’s a child sex trafficking charge," she says.

Taylor, who is a motivational speaker and consultant, says his past contributes to his ability to lead in the present. “I use my past as a testimonial to show where you can come from and what you can overcome,” he says. “I would never not talk about it.”

He imagines a movement that goes further than just I-873, which he describes as “American accountability” because he believes it’s about more than just police accountability. Those aspirations explain, in part, the division between the two organizations: Taylor is laser-focused on building the leadership for that movement, which does not necessarily include the people at WA4GP. “As I’ve expressed to Lisa Hayes, it’s very difficult to have a white face on a black problem. … I think they mean extremely well, but it’s hard navigating through the terrain of black pain,” he says.

Weaver counters that, “while it is true that Lisa Hayes is white, many of the families are not and have been working with Lisa for a year now. These families … are black, native, Hispanic and Asian.”

Both organizations plan to file their measures late this week or early next week, both as initiatives to the people rather than to the legislature, which means a successful signature gathering campaign will send the measure straight to the ballot rather than to Olympia. WA4GP will likely call their bill the John T. Williams bill again, while Not This Time will not.

The hope for both is to gather enough signatures by this summer's July 7 deadline that they can still sneak the initiative onto the fall ballot.