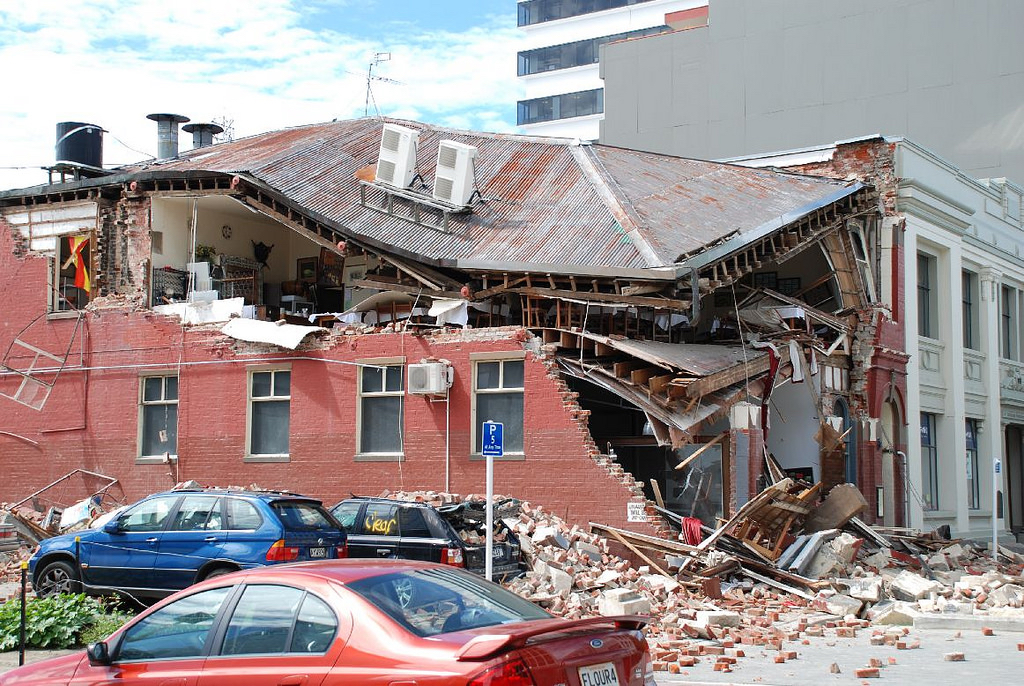 A brick building damaged in the 2011 Christchurch earthquake.

Back in the summer of 2015, an article on “The Really Big One” in the New Yorker had just captured national and Northwest attention with its grim portrayal of the very real seismic dangers facing the Western Washington. It continues to have reverberations: On the day I wrote this, someone in a doughnut shop referenced the article, quoting a portion of it to me.

So, what has changed since 2015 and the publication of the New Yorker’s article and a Crosscut opinion piece I wrote wondering what it would take to get the Northwest working seriously on earthquake preparations? What actions have been taken to address seismic safety concerns raised by the New Yorker? What great leaps forward have been made? What small incremental steps have been taken by governments to improve their readiness?

The answer to the questions above is simple — not much. The city of Seattle has finished an inventory of unreinforced masonry buildings (URM) and promised to study the decades-old issue further. The state Legislature has been stuck in neutral for years on the topic of seismic safety. Washington state's Seismic Safety Committee only met recently for the first time in many, many months.

However, I will point out one bright spot coming from a small and economically challenged area of Washington state, the Ocosta School District in Grays Harbor County. Voters there approved an extra measure of funding to provide a tsunami vertical evacuation solution by building a new school with a rooftop that students and other community members can evacuate to during a tsunami caused by a subduction earthquake out in the Pacific Ocean. The critical difference in Grays Harbor was leadership from within the community and providing good information to their voters. They did not require a federal grant to act.

What we are seeing here by other governments is the total opposite. There is a lack of interest, motivation and concern for seismic risks.

The Seattle Times has done several investigative stories on different aspects of our failure to address seismic safety in Washington. One looked at the risks of URM buildings, which are people-killers in earthquakes. In Seattle, however, there is more attention to preserving historical buildings in Pioneer Square and providing cheap rents via affordable housing than protecting residents from killer buildings that are guaranteed to collapse in any major earthquake.

Another investigative piece looked at the safety of school buildings that our students attend. The Times appropriately headlined the article: “‘We should be screaming’ with outrage: State does little to protect schoolkids from earthquake, tsunami.” The end result, however, was no screaming and certainly no outrage being expressed by anyone. Comments from readers show a distinct apathy for the risk and potential harm to children.

It appears to me that even when informed, parents are not alarmed. And if they are not pinging their elected officials in state government, there is no action. The opposite of outrage, in this case, is complacency.

In June of this year, emergency response agencies conduced a major earthquake disaster response exercise called Cascadia Rising based on the subduction earthquake described in the New Yorker article. If you are looking for comfort in the fact that governments are practicing for such an event, don’t. In the exercise, people and organizations were overwhelmed with the simulated impacts of an event that destroyed our infrastructure systems and made life as we know it impossible, not for days or weeks, but months and extending into years.

The exercise was an eyeopener for many people in emergency management. Washington State Emergency Management learned that its system for providing resources based on requests from cities and counties will not work in a major disaster like a subduction quake. The agency has also turned the corner and is now telling people that they need to be prepared to be on their own, not for three days, but for two full weeks.

If you think active duty military will be coming to your rescue, think again. The Department of Defense, which played extensive roles in the exercise, cannot get significant forces into the disaster zone for a minimum of eight days. People stranded on the Washington coasts will need to wait for the Navy to sail up from San Diego. Again, that’s eight days to get here. Now, when I give disaster preparedness presentations, my message to people in attendance is, “No one is coming to help! Plan accordingly!”

While we can have “pretend” earthquake exercises, we only need to look at Japan or New Zealand to understand the consequences of a major quake in an urban area. Look at the lessons from Christchurch and their earthquake from six years ago, which was the subject of a third Seattle Times investigative piece. That earthquake broke Christchurch's back, and the community still has unrepaired damages.

The Resilient Washington Plan has been waiting for someone to act since November of 2012. Early this November, Gov. Jay Inslee announced the establishment of a new subcabinet group to look at this plan and make recommendations —months from now.

What we need is not more studies or plans. We don’t need a new committee to look at the issue. What we are in desperate need of is leadership and action. If British Columbia can commit $3 billion to fixing its schools and a smaller state like Oregon can commit $300 million for school seismic safety — are we so disadvantaged that we continue to do nothing? Oregon, in contrast to Washington, is actively implementing its state resilience plan.

Over 20 years ago, a geologist for Washington state (whose position was later eliminated) was quoted as saying, “This state will not do anything about seismic safety until we are dragging dead bodies out of buildings.”

At present, this appears to be the only solution to cure the apathy that envelops everyone in a position of authority who is not paying attention to the topic of seismic safety.  For the record, I expect no outrage at our current situation.