Inside the high-stakes chess match over school funding 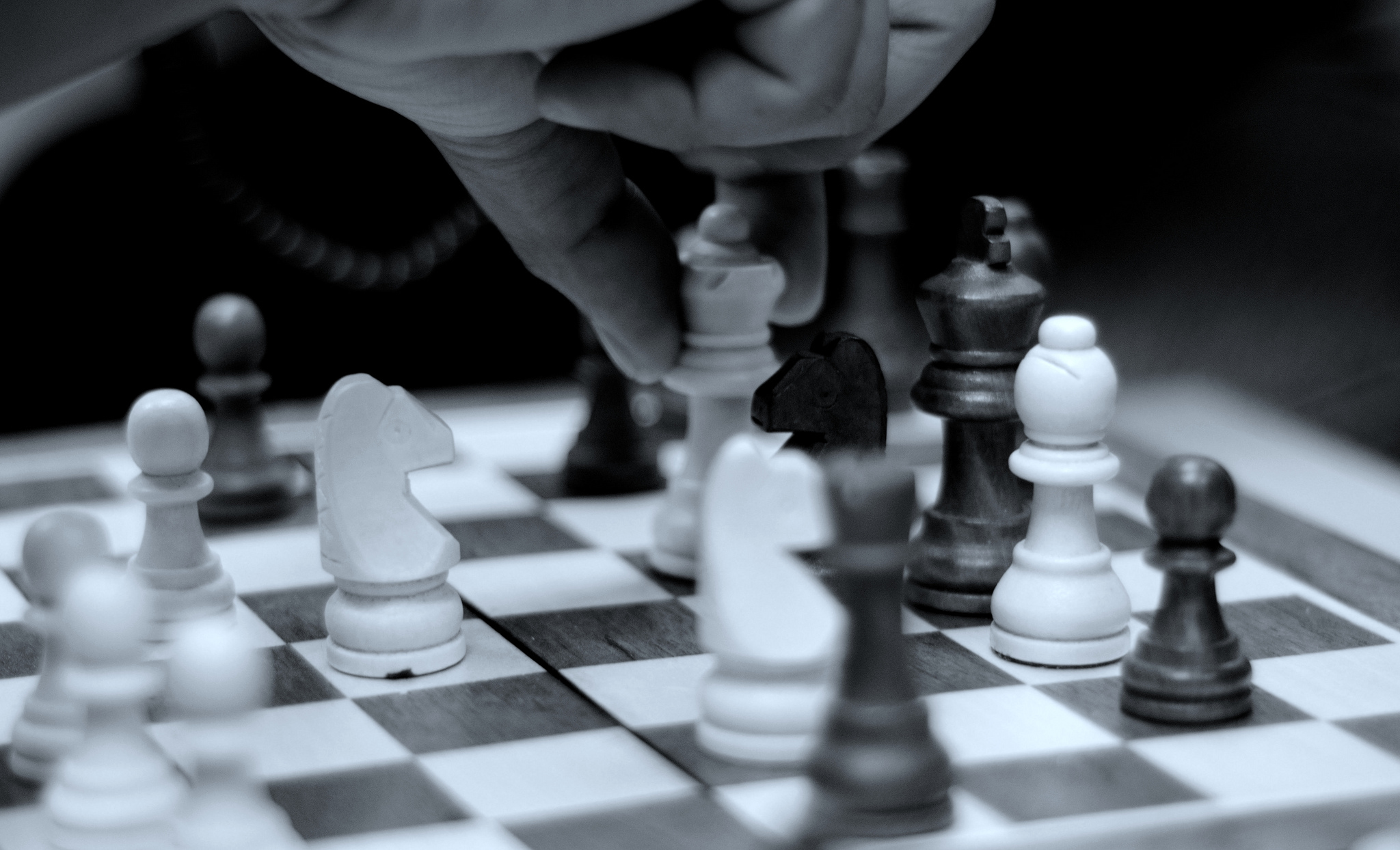 After a long wait, the debate over state education funding got underway in earnest last week, as Democrats grappled with the year’s first major proposal from Republicans.

The plan, released the previous weekend, details a series of policy changes along with a property tax swap that would shift much of the burden of paying for schools to the state, but would also require $1.4 billion in cuts elsewhere in the state budget. As details filtered out, Democratic legislators objected to both that funding mechanism and some of the policy changes, like a plan for hiring teachers who haven’t been certified.

As both sides laid out their reasoning last week, one critical point also remained ambiguous: whether or not the proposal amounted to a cut for schools. By using different baselines for comparison, Republican legislators portrayed the plan as a straightforward swap that maintains or increases funding, while Democrats claimed it would amount to a long-run cut for about half the state’s students.

“There are about half a million kids in this state that ... after implementing the Republican plan, would not have more money in their schools,” said Sen. Christine Rolfes, D-Bainbridge Island.

The impetus for the debate is the 2012 McCleary ruling by the state Supreme Court mandating that the state government take over all basic education costs. That means replacing the money schools now raise from local property taxes with state funds at a cost of $3.4 billion.

Ambiguity about the effects of the Republican plan, called the One Washington Educational Equality Act, grew out of the fact that the two sides have so far used different baselines when talking about how much money the plan would give schools. Republican legislators compare the plan to funding levels in the 2015-16 school year, but Democrats point to what state funding levels would otherwise likely be in 2019, the year the Republican plan would be fully implemented.

Which baseline gets used for comparison makes a big difference. Compared to current funding levels, all but 16 of the state’s 295 school districts would see an increase. But compared to the funding schools would receive in 2019 if the current funding regime, including local levies, were extended until then, just over half the districts in the state would see a cut.

Both baselines include local levy money, but the future scenarios take into account inflation, growth in class sizes and funding increases that have already been written into state law but not yet implemented.

The plan also does away completely with Initiative 1351, a measure voters approved in 2014 that requires the state to ultimately add $4.7 billion to schools to pay for smaller class sizes. Gov. Jay Inslee signed a measure delaying implementation of the initiative by four years, but the first phase-in of the higher funding levels was due to start in 2019. The Republican plan doesn’t make up for that funding; instead it would strike the initiative from law.

Democratic legislators also attacked the plan as inadequate overall. A significant portion of the plan’s funding comes from a so-called “levy swap,” where local property taxes are reduced and state property taxes are increased to make up the difference. But the swap would still leave legislators looking to find $1.4 billion in saving elsewhere in the state budget to cover some McCleary costs.

A plan from House Democrats would leave the schools the ability to raise local levies at current levels, but would restrict those funds from being used to pay for basic education expenses. Democrats have said that leaves schools the most flexibility while giving them additional funds to improve in the long run.

“What we need to do is put more money in to enhance education for our kids,” said Senate Democratic minority leader Sharon Nelson, D-Maury Island, on Tuesday.

Republicans responded with skepticism at major increases beyond those in their plan.

“What the minority wants to do is keep [local levy funding] and add taxes on top of it,” said Sen. Joe Fain, R-Auburn, his party’s majority floor leader.

Along with its proposal for shifting revenue collection, the Republican plan also laid out policy changes — some controversial, but others that appeared closer to common ground.

“We’re trying to improve outcomes for kids,” said Democratic Rep. Kristine Lytton, of Anacortes. Allowing non-teachers to run classes, Lytton added, “does not seem to go hand in hand with making sure that kids have a quality teacher.”

“We need people with more real-world experience in the classroom,” Fain said. “If we need to put sidebars on it … that’s a totally worthwhile exercise.”

Also controversial was a proposal to raise the threshold for counting students as financially needy. Currently students are counted based on meeting reduced-price lunch guidelines, which Republicans would change to the federal poverty line.

Rolfes said the move amounted to a way to cut state costs and it would reduce support for 300,000 kids. During debate in the Senate, Braun said the change would make counts more accurate and ease management demands.

At least some parts of the plan weren’t entirely controversial, however: Some leading Democrats said they could find a way to embrace a shift in how funds are distributed to schools. State funding currently goes out largely based on how much an average school costs. The Republican plan would shift that much further toward giving districts a fixed amount for each student — $12,500 to start — with extra funds for students in high-need categories.

Lytton, Rolfes and others said they could see merit in parts of that idea.

Beyond the particulars of its policy, the plan raises questions of equity, embracing a property tax that experts have called fundamentally unfair.

The chief appeal of the levy swap at the heart of the Republican plan is its simplicity: Gradually do away with local property taxes that currently pay a significant portion of school expenses, while raising the state property tax to pay for McCleary costs.

The plan would raise state property taxes by $1.80 per thousand dollars of value, and gradually do away with local levies that, in some districts, amount to more than twice that.

At least one of the chief Democratic complaints about the equity of that plan appeared to be losing steam last week.

House Democratic Majority Leader Pat Sullivan, D-Covington, and others claimed that replacing the locally variable levies with a flat state property tax would hit urban and suburban homeowners, particularly those in the Puget Sound region, the hardest because their homes tend to be worth more. Rural and urban average-income families, Sullivan said in a Tuesday briefing, could face drastically different tax bills despite having similar incomes, because comparable urban and rural homes are often valued hundreds of thousands of dollars apart. That lines up with general criticism of property taxes put out by think tanks, which have ranked Washington’s tax system one of the most regressive in the nation due to its dependence on them.

But in the case of education funding, where the flat tax would replace a tax that varies widely from district to district, that appears not to generate a significant shift of the tax burden to the state’s west side.

According to data supplied by Senate Democrats themselves, while approximately 54 of the state’s 295 school districts would see an increase in their taxes under the Republican plan, more than half of those would be on the east side of the state. Approximately 21 districts would see increases in their tax rate of 50 percent or more — but 11 of those are on the state’s east side, including districts well outside of major cities.

The Seattle area itself would see mixed impacts as far as tax burdens. The Seattle School District would see a hike, with average homeowners facing a $311 increase in their taxes, according to figures from Senate Republicans. Average homeowners in The Lake Washington School District would see a $234 increase, and Mercer Island would be among the hardest hit in the state, seeing an average $487 rise. But not all the area’s districts would see such a hit: Northshore schools, encompassing Woodinville, Bothell, and Kenmore, would see at least a $50 drop. And nearly half of those 15 districts slated to see the biggest tax reductions in the state — reductions of $500 or more in tax bills for average homeowners — are west-side urban districts like Tacoma, Puyallup and Federal Way.

Figures for the exact amount of property tax increases and decreases in each district differed between numbers supplied by both sides, but rarely significantly.

None of that changes the reality that property taxes are well documented to hit middle class families hardest, because they tend to hold the highest proportion of their savings of any economic group in their family home.

Proposals from Democrats earlier in the year, including Gov. Inslee, tied school funding to new, more progressive taxes like a capital gains tax and carbon tax. But late in the week, some Democrats appeared to already be shifting their emphasis to policy differences with Republicans, and away from gripes about the property tax proposal.

That may be an indicator of the larger fight shaping up for coming weeks, when the still-unresolved question of funding levels will likely come to the fore. While Republicans have put forth a plan that essentially swaps in state money for local funds — at the expense, Democrats claim, of long-run cuts for half the state’s students — Democrats decided to swing for the fences with ideas that would also increase the overall funding schools receive, and also allows them to continue collecting sizeable local levies.

For Democrats, pushing Republicans for movement on how much money goes into schools overall may well mean there’s less political leverage left to change where that money comes from. For families with expensive homes but little left over after their mortgage payments, that might mean an outcome that hits them harder; but for state schools, the fact that the debate is finally shifting to specifics is a sign of hope.