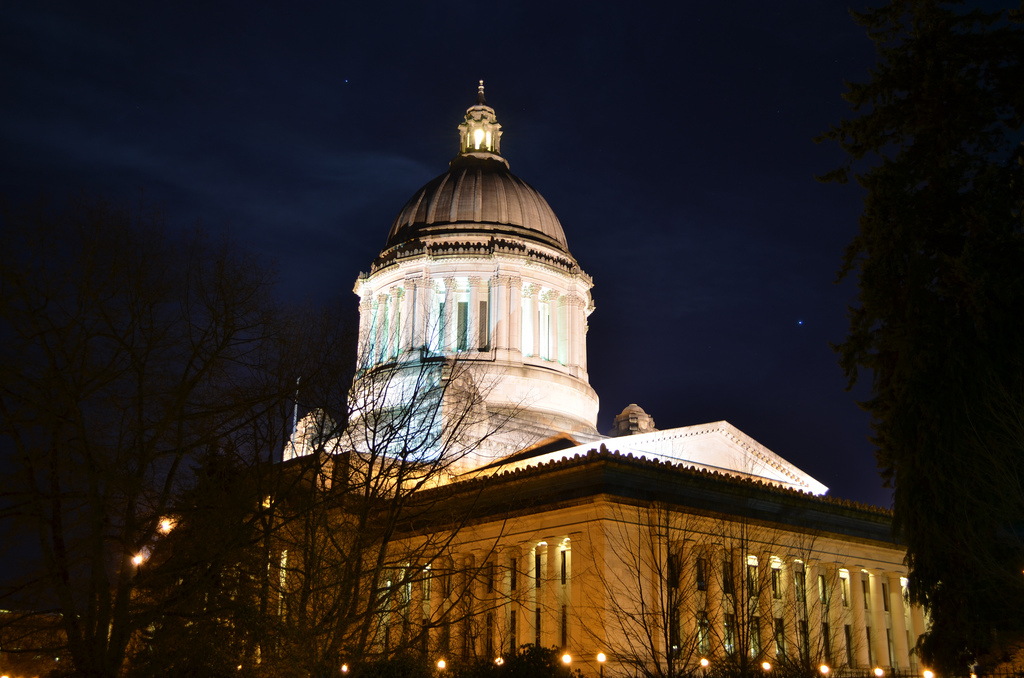 Sometimes help comes from the most unlikely places.

That’s what happened this week, when a proposal to reform laws protecting police from prosecution for using deadly force received a last-minute boost in the state Senate — from the police themselves.

With a key deadline approaching, the Washington Association of Sheriffs and Police Chiefs sent a note to the members and chair of the Senate Law and Justice Committee, formally requesting that they approve the bill. For weeks, the bill had been hanging in the balance, but after getting the note, the committee approved the measure 5-2 on Thursday.

With its passage out of the committee, headed by two prominent law-and-order Republicans, the proposal cleared one of the largest hurdles facing it in the Legislature.

“This is the hardest bill I’ve ever had to work in my seven years down here,” said the bill’s sponsor, Sen. David Frockt, D-Seattle.

“I’m really grateful to two really pro-law enforcement senators, [Mike] Padden and [Steve] O’Ban, who understood what I was trying to do,” Frockt added, referring to the Republican senators who serve as chair and vice-chair, respectively, of the committee. Their votes gave the bill the support it needed to move forward.

In its current form — more than seven amendments and new versions were submitted before Thursday’s vote — the bill proposes removing a requirement that juries considering charges against police officers who use deadly force find evidence that they acted with malice. Community members and activists have long claimed the standard sets an impossibly high bar for charging even officers who shoot someone negligently or recklessly.

The bill also adds significant funding for more training for police, as well as funding for smaller departments to buy less-lethal weapons like Tasers. The funding has been a key bargaining point of police representatives.

The last-minute intervention, Frockt said, was a crucial boost for the measure, which in prior weeks had hung in limbo as he and two legislators in the state House worked with advocates and police to come to a version both sides could live with.

The episode also points to the tremendous influence of one side of that bargaining team — the police — among legislators.

Before the Thursday committee vote, prominent Republicans expressed openness to the bill but that was almost universally tempered with deference to law enforcement.

Senate Republican Majority Floor Leader Joe Fain, R-Auburn, said he was in favor of eliminating the malice language from the law. But, Fain added later, “the opinion of law enforcement does matter, because they’re the ones who are under fire.”

O’Ban likewise had said he was “keenly aware" that the state’s inclusion of a difficult-to-surmount malice standard makes it “anomalous.”

But, he added, “I’m going to weigh heavily the opinion of the police in that.”

For his part, Senate Majority Leader Mark Schoesler, R-Ritzville, responded less specifically when asked the other day how he weighed law enforcement opinions on the bill. But Schoesler gave what could be interpreted as another sign of his attitude toward police. The afternoon that he spoke, two pins were visible on the lapels of his crisp suit: an American flag and the black-and-green emblem of the Washington Council of Police and Sheriffs.

By all accounts, it was the withholding of endorsements from not only the sheriffs and chiefs’ association, which represents upper level management but also also at least two major rank-and-file police unions — the Washington Council of Police and Sheriffs and the Fraternal Order of Police — that held the bill in limbo.

As of Thursday, no rank-and-file unions had endorsed the bill, Frockt said, but the Sheriffs and Police Chiefs Association’s endorsement, along with that of the Washington Association of Prosecuting Attorneys, turned out to be enough to carry the bill out of the committee. Run by Padden, who earlier called the opinion of police groups “central” to whether he would bring the bill to a vote, the committee was considered by many to be perhaps the highest hurdle any such proposal would have to clear in the Legislature.

Still, Frockt was guarded on the chances for the bill going forward.

“We’ve got a long way to go,” Frockt said, turning to a Super Bowl metaphor. “Remember, the Atlanta Falcons were up by 25 points.”

There are multiple scenarios in which the bill could still bog down in the Legislature. However, two advocacy groups have said they’re willing to go to the ballot with an initiative if the legislation fails, potentially in a form that police would like even less.

Lawmakers involved in the negotiations confirmed in the weeks leading up to Thursday’s vote that the prospect of an initiative influenced the negotiations significantly, with state Rep. Cindy Ryu, D-Shoreline, calling it a “club hanging over people’s heads.”

The bill could be threatened by the climate of fiscal austerity gripping the Legislature, as lawmakers search for a way to fill the $3.4 billion hole left by the 2012 McCleary decision ordering the state to take over local school funding. The police bill passed Thursday currently has $16 million in funding.

Some cut in that might be tolerable for police, Frockt said. But the bill has at least one safeguard against ending up completely unfunded: Padden attached a null-and-void clause that would cancel the statute change if lawmakers don’t completely fund the training and equipment clauses.