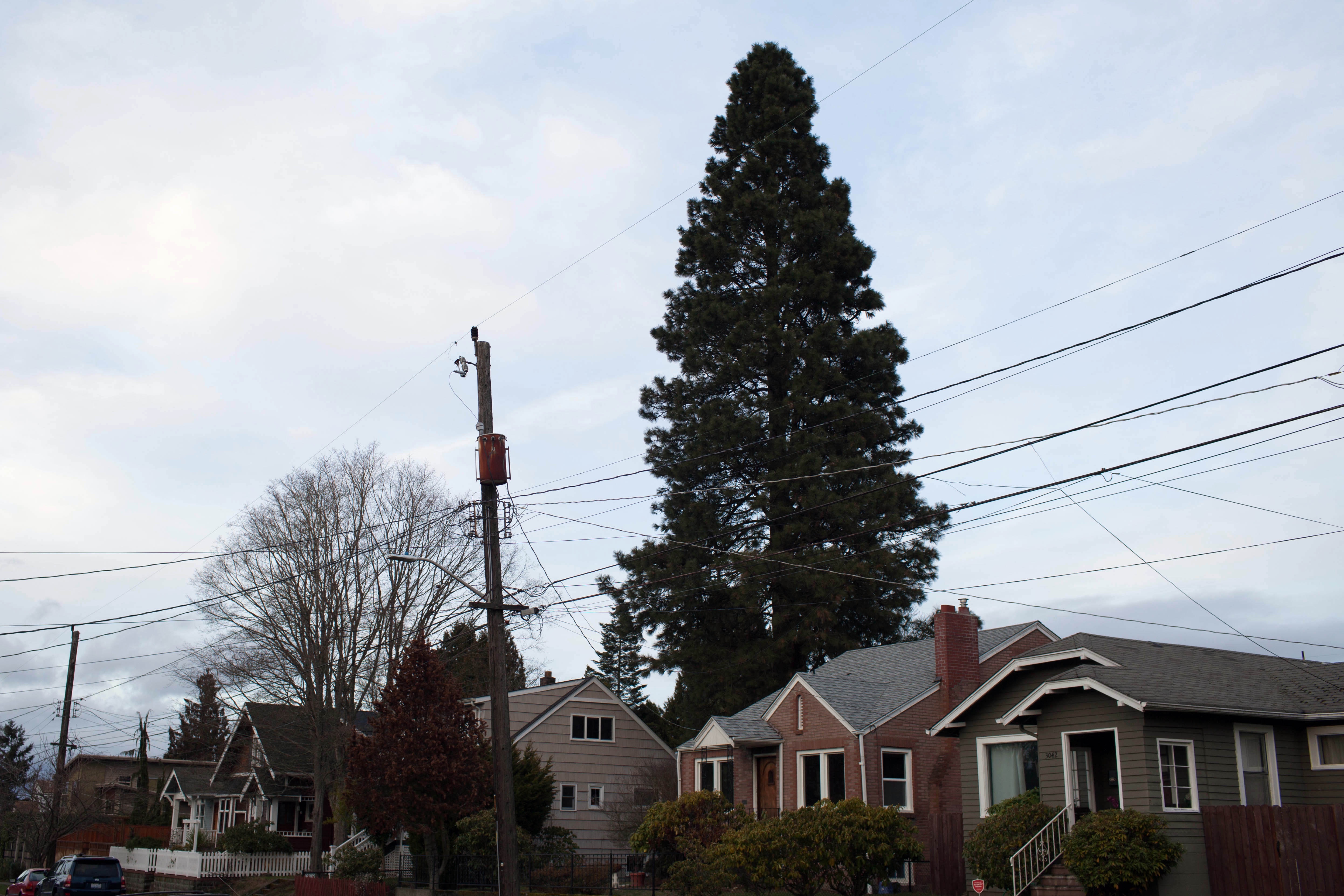 A tree referred to by West Seattle residents as the "Silent Giant" will soon be removed from the neighborhood.

The “Silent Giant” might be silenced once and for all. On Jan. 25, a Seattle hearing examiner ruled against the group of neighbors known as the Friends of the Silent Giant who tried to block a developer’s plans to cut down the beloved neighborhood tree.

The group challenged the plans of real estate developer Cliff Low, who purchased the property in the Admiral neighborhood of West Seattle in 2015.

After purchasing the property, the developer paid the city of Seattle $1,000 for an official building site letter of opinion requesting special permission to section the property in two.

Normally, a single-family home in that area needs to be built on property of at least 5,000 square feet. According to Redfin.com, the size of the entire lot that houses the silent giant is 6,365 square feet, meaning if it were to be divided exactly in two, each lot would be roughly 3,200 square feet — well below the usual minimum requirement.

However, deeds for the property date back to 1930, potentially qualifying it for the city’s Historic Lot Exception. Through this special exception, which was originally meant to provide fairness to property owners whose lots were being rezoned decades ago, a single-family house can be built on a smaller lot under 5,000.

Prior to the hearing, the Friends argued there are no records indicating a separate building site on the property, and therefore, it does not qualify for the exception.

But according to the hearing examiner’s findings, there is a 1928 sewer card and 1931 sewer plat outlining two separate parcels. On this evidence, the examiner rejected the appeal.

Effectively, the developer can build a home in the side yard and the infamous tree must come down.

During the hearing in January, the developer said he’s simply trying to build a home on what the city has deemed a legal building site.

“It’s a legal lot and we’d like to build on it because it’s our property,” Low said. “There’s lots of people that will get jobs out of this.”

Lisa Parriott, a professional engineer who lives across the street from the tree, has spearheaded a neighborhood campaign to preserve the ponderosa pine.

Parriott does not believe the city should have granted the Historic Lot Exception because they used a sewer card and sewer plat — not a deed, building plat or building permit — as evidence of two building sites.

“Those are untitled documents,” she said. “Nobody is ever going to go to a sewer card — there is not a professional engineer stamp on that. That’s just a line on a piece of paper and it’s nothing more.”

Parriott said the property has been sold as a single tax parcel since 1930 and only became two separate parcels after Low’s request.

She suspects the city, which had several officials at the hearing to explain the initial letter, didn’t want to overturn the initial building site letter out of fear of being sued by the developer. The city Department of Construction and Inspections said its findings were consistent with how other lots have been handled.

While the developer has legal right to cut down the tree, Parriott said she is not aware of any immediate plans to do so.

For now, the silent giant, and its future, remain up in the air.