Patty Murray looks at next steps for resistance 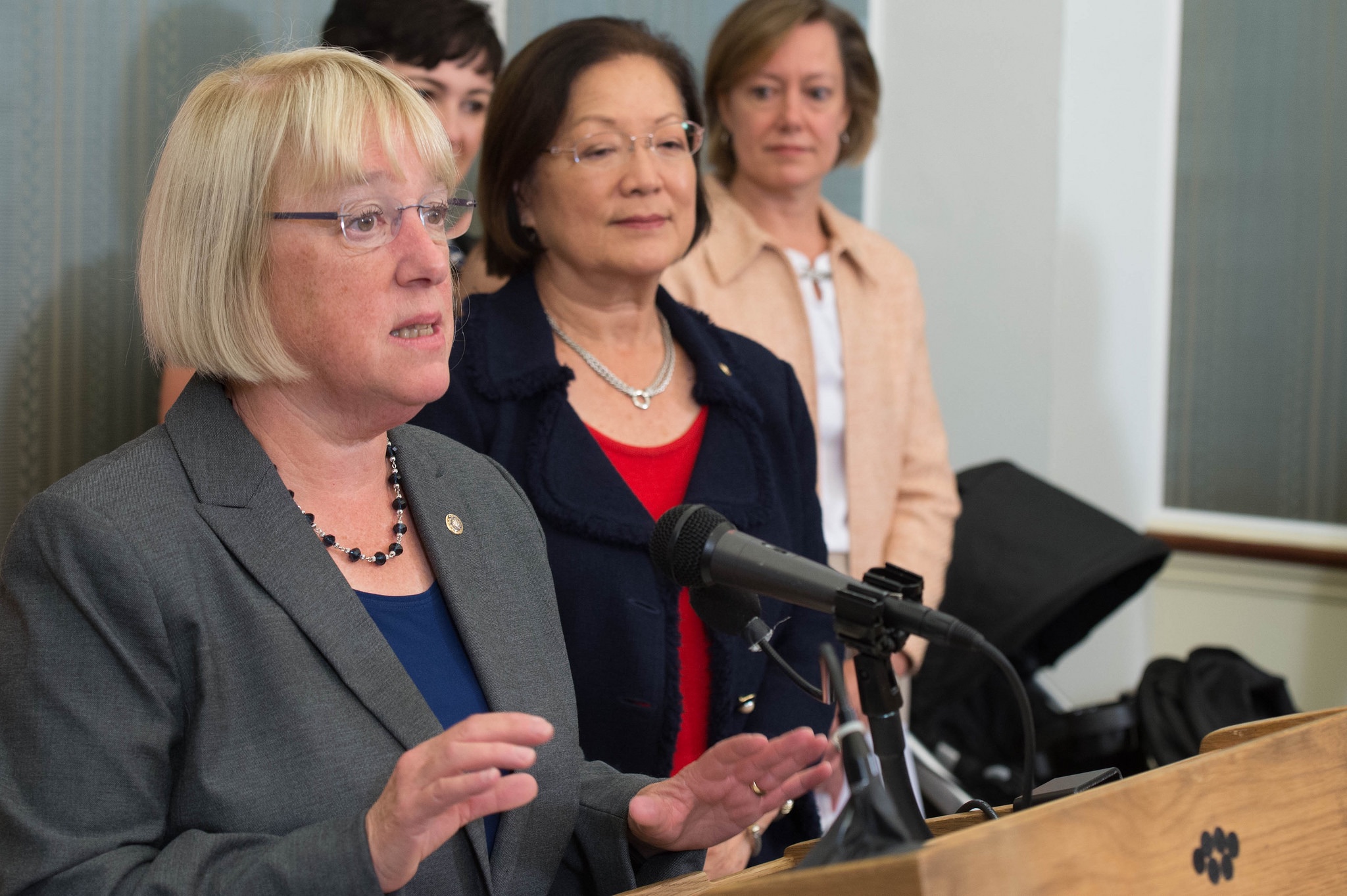 Reflecting what seems to be an unwritten Democratic pledge of reasonability-above-all-else, two prominent progressive Democrats from Washington state Wednesday signaled their willingness to work with Republicans — and even President Donald Trump — if opportunities present themselves.

In a visit with reporters in the state capital Wednesday, U.S. Sen. Patty Murray described a relatively neutral, policy-focused stance toward the president, voicing a feeling of responsibility to examine his proposals and nominees on their own merits. All of that would be tempered by a deep skepticism of their source, she suggested.

In a phone interview afterward, U.S. Rep. Pramila Jayapal, who early in the year gained notice for her participation in a last-ditch move to raise objections to Trump’s election, sounded a similar note.

While neither laid out any major plans for bipartisan efforts in the near future, the implication from both was clear: they’re watching Trump closely, but not yet ready to lock up in absolute opposition to his administration.

Murray’s stance toward Trump appeared in all cases measured. In contrast with a SLOG article earlier this month that cast her as ready and willing to filibuster Trump Supreme Court nominee Neil Gorsuch, Murray said she had never pledged a filibuster. Later an aide clarified that the option isn’t off the table, but said the senator isn’t actively planning on the move.

Speaking generally of Trump’s nominees, Murray said, “We have a responsibility to meet with them, to evaluate them, to really see what their philosophy is, what their personal experience is. And to then decide our votes on that.”

Still, Murray said, Trump’s nominees, and especially for the Supreme Court, need extra scrutiny by virtue of their association with the president. “I am very concerned about any nominee at this time because we have a president who ... believes that he is more important than the law,” she said.

Murray opposed some Trump Cabinet-level nominees, including Education Secretary Betsy DeVos, but notably voted to confirm new Homeland Security head John Kelly, a vocal critic of sanctuary cities like Seattle. Murray said she saw him as an experienced, potentially moderating influence in the Trump administration, and that he will have little ability to directly impact sanctuary cities.

Murray did point to a need to do everything possible to protect Washington state’s interests, such as the cleanup of the Hanford Nuclear Reservation and legal marijuana sales. “I’m going to stand up and fight very hard to protect the laws of Washington state,” she said.

The measured objection and careful picking of battles contrasts with what initially seemed to be congressional newcomer Jayapal’s approach as a newly elected member of Congress from Seattle.

In January, Jayapal joined a number of other progressive House Democrats in lodging last-minute objections to the certification of Trump’s electoral college victory. She and others pointed to voting irregularities and hacking by Russia during the election, but were forcefully gavelled down by then-Vice President Joseph Biden.

Asked in an interview Wednesday whether her thinking about the best way to resist Trump had changed, Jayapal didn’t immediately respond directly, but instead defended the action — her constituents, she said, “are looking for me to be a very strong voice.” And she said that she was keeping an open mind going forward, with an eye to working with Trump and House Republicans — if they put out proposals she can agree with.

As far as active resistance, though, especially for Democrats now holding the minority in the less-powerful House, the reality is a strategic one, Jayapal said.

“Our powers in the House are really limited as the minority,” Jayapal said. “We are trying to use floor speeches, amendments, and markups,” to at least make sure they let the public know about their objections.

In a fund-raising email sent out the next morning, Jayapal took a somewhat more combative tone, writing, "Trump's end goal is rigging the economy even further to help his friends on Wall Street." The subject line for the email was: "A fight on all fronts."