Seattle isn't the national leader it thought it was 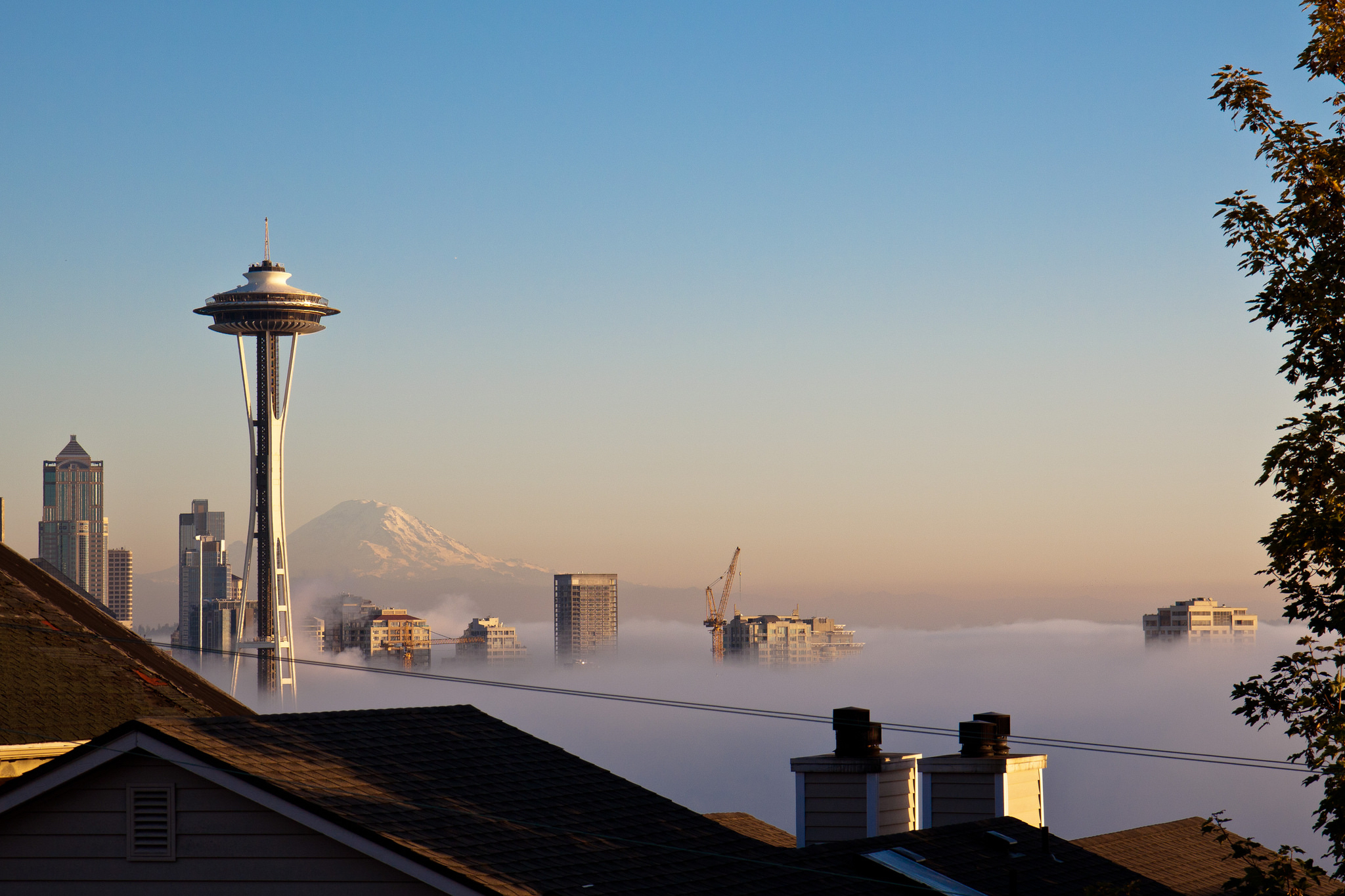 Seattle: head and shoulders above the rest of the country? Maybe not.

On election night 2016, Seattle learned just how much of a national outlier it is. During the previous eight years, the uplifting message of hope personified by Barack Obama led us to believe our own PR: that we were a national role model for social justice, the economy, reform and progressive politics in general.

Our recent mayors have all embraced this message: Seattle is a national, even global, leader! Our arms never seem to grow tired of the back-patting. It continues, with Mayor Ed Murray announcing in his State of the City speech on Tuesday — with a PR boost from Politico — that he plans to sue the federal government for emails regarding actions on immigration and sanctuary cities.

The election of Donald Trump came as shock to the system, delivered not by our neighbors, but by people many Seattleites don’t even know. Seattle found itself needing to reassure itself again. Instead of feeling like the vanguard of a new America, we felt more isolated, even threatened, as we clung to our island in an archipelago of blue. On election night, as Trump won the Electoral College, Seattle went nearly 90 percent for Hillary Clinton and 8 percent for Trump. Even in the single Seattle precinct that went for Mitt Romney in 2012, Broadmoor, it was 75-25 for Clinton. Clinton had a mandate here, but it mattered not.

Except to us. Immediately, protesters hit the streets. Mayor Ed Murray and city politicians held a pep rally at City Hall to declare that Seattle would stay its course as a progressive city and a sanctuary for immigrants. Students left school after school to march in protest. Socialist City Councilmember Kshama Sawant, who lifted not a finger to elect Clinton, called for a national shutdown on Inauguration Day.

This is not the first time we’ve felt isolated from the American political mainstream. In January 2001, my wife and I stood for many hours in a driving sleet storm in Washington, D.C., to protest the inauguration of George W. Bush and Dick Cheney and to vent our rage at the “stolen” election of 2000. Bush brought eight years of war and economic disaster. Our protests didn’t stop anything, but they did help us draw strength by drawing lines against outlaw politics: torture, undeclared war, Guantanamo.

Progressive Seattleites like to think that the arc of history leads ever upward as we perfect society, and ourselves. My mother turned 100 just days before the November election. She was born into a world where women couldn’t vote, let alone run for president, when progressive Teddy Roosevelt reined in the rich, and Woodrow Wilson hoped to achieve world peace through the League of Nations. The early 20th century offered new hope to many, but delivered two world wars, a Great Depression, narrowing economic and social visions, the revival and then the re-revival of the Ku Klux Klan.

It took half a century to see scientific, economic and social progress begin to hit their stride. Think about the presidential programs and slogans of the latter half of the 20th century: Roosevelt’s New Deal, Kennedy’s New Frontier, Johnson’s Great Society, George H.W. Bush’s Peace Dividend, Bill Clinton’s Bridge to the 21st Century. A century that stumbled into chaos began systematically to right itself.

Then came a war on terror, the Great Recession, the resurgence of white nationalism and a president who believes in torture, building walls and cracking down on the media. Clinton’s Bridge to the 21st Century led us to the reboiling of 1930s politics, yet with Americans now playing footsie with fascism.

We can perhaps take heart from the winning philosophy of the Seattle Seahawks: It’s not how you start a game, it’s how you finish. Our new century isn’t what the dreamers of Century 21 — those Seattle World’s Fair visionaries who saw our city as a launch pad to a prosperous tech future — hoped for, yet our passion for progress still burns within.

Northwesterners are idealists. Our pioneers came here with the explicit purpose of building a better America. The Age of Trump will test us. Our leaders — Democrats all — will have to navigate tricky political waters; they will have to find federal support that we rely on for housing, for transportation, for jobs, all while offering a resistance movement to the leaders of that government.

And the citizens of Seattle will have to find outlets for their rage, but also find paths forward for self-improvement. We are still a segregated city. We may be an LGBT sanctuary, but we must still deal with our institutional racism and its consequences. We have a long way to go in economic equality, education and producing a thriving city that doesn’t push out whole classes of residents. Trump or no Trump, these challenges exist.

There is hope: A strong group of leaders steel us for the task. Jay Inslee, a climate warrior, was re-elected governor and has found his mojo in fighting the new administration on immigration. So was Attorney General Bob Ferguson who has fought Trumps’ executive order on immigration. Both politicians are getting national looks as state leaders who are pushing back. Murray, a social justice advocate of deep conviction and the first married gay mayor in the country, looks set to coast to re-election in 2017. Patty Murray, one of the U.S. Senate’s most powerful Democratic leaders, was re-elected. Pramila Jayapal won the 7th Congressional District seat as Seattle’s new, progressive “congresswoman for life.” State House Speaker Frank Chopp still commands a branch of the Legislature in Olympia. Our progressive political bulwark has been strengthened.

But as we look to the days ahead, we know that bulwark will be tested.

This article, in a slightly different version, originally appeared in the January edition of Seattle Magazine.