Seattle to Vancouver in an hour: Is that our future? 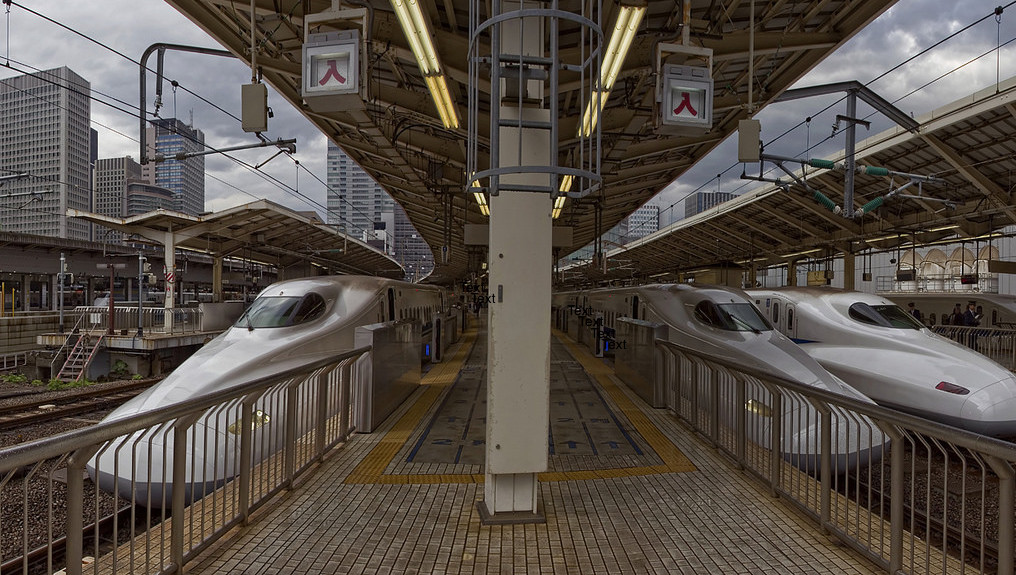 The dream is to send super-fast trains — the type capable of going 250 miles per hour — between Seattle and Vancouver, B.C.

Gov. Jay Inslee wants to see if that dream, which has drawn some heavyweight business-sector interest, is feasible. And he wants the Washington Legislature to spend $1 million to find out.

The idea of an ultra-high-speed commuter railroad between Seattle and Vancouver has been around for roughly 20 years, but has been dormant for a long time. The dream was revived last September at the Emerging Cascadia Innovation Corridor Conference in Vancouver that discussed the idea. Attendees included Inslee, Microsoft co-founder Bill Gates, Microsoft CEO Satya Nadella and British Columbia Premier Christy Clark.

A result is that Inslee put a $1 million allocation into his 2017-2019 operating budget proposal to study the feasibility of the concept with a report due Dec. 15.

“There’s a compelling case to move this forward, but it requires in-depth study," said Charles Knutson, a senior policy adviser to the governor.

He also told a Senate Transportation Committee hearing last week, "What is unique about today is that you’re getting well-heeled technology executives willing to see this go forward.”

Michael Groesch, a lobbyist for Microsoft, said the company supports a study. “If we don’t ask the questions,” he told lawmakers, “we won’t get answers.”

Inslee’s budget request calls for analyzing the economic feasibility of the project, the demand for such a high-speed train, the best placement for a line, and the technology aspects. The study would also address specifications for speed, safety, how the line would be built and how it would be paid for.

The basic numbers are that Seattle and Vancouver are roughly 140 miles apart, which is a 2 1/2-hour to three-hour drive on Interstate 5. Theoretically, an ultra-high-speed train could cut that ride to less than one hour. Trains systems capable of going 250 miles per hour exist in China, Japan, Spain and France. A train capable of 350 miles per hour is being developed in Japan.

“A two-track high-speed guideway can reliably support 6-8 trains per hour in each direction,” according to a report presented to the 2016 conference by Montreal-based firm WSP/Parsons Brinckerhoff Engineering Services. “This would mean a train connecting Seattle and Vancouver every 10-15 minutes, with some operating as non-stop express and others stopping at Everett and Bellingham.”

Inslee’s budget proposal would look at setting up stations at Vancouver, Bellingham, Everett and Seattle  — with the possibility of a trail of stations headed south to Portland.

“The No. 1 question from this transportation committee is: How much does it cost?” said Sen. Marko Liias, D-Lynnwood.

That’s a question that the proposed study would tackle.

WSP/Parsons Brinckerhoff estimated that an ultra-high-speed rail line would cost $125 million to $1 billion per mile depending on the terrain and other factors. “For conceptual planning purposes here, it is fair to project a cost of $20-$30 billion to build and equip the system,” the WSP/Parsons Brinckerhoff report said. The expenditures would be spread over 15 years.

Knutson and Groesch said a private-public partnership should be explored. Groesch said there has been some preliminary interest in this venture among some major state corporations, although none have definitely signed on yet. The business-oriented Association of Washington Business and Washington Roundtable have expressed support of the idea, Inslee adviser Knutson said.

He and Groesch pointed to an embryonic Texas private-public project as a possible guide. The private Texas Central Partners LLC is spearheading a predicted $12 billion  to $18 billion bullet train line — patterned after the roughly 50-year-old Japanese system — between Houston and Dallas. The Texas project is currently struggling through land-purchase and rights-of-way issues.

While Sen. Curtis King, R- Yakima and chairman of the Senate Transportation Committee, said follow-up discussions are needed with various parties, he was leery about the potentially long time needed even to begin such a venture.

The Madrona Venture Group, a Seattle-based investment capital firm, has been studying another improvement, the possibility of dedicating lanes for self-driving cars on I-5 between Seattle and Vancouver sometime in the future. As GeekWire noted last year, Madrona's report speculated that the same $30 billion used to build a high-speed rail line between the two cities could buy every household in Seattle and Vancouver a new, self-driving Tesla.

"The challenges of regulatory and public approvals, construction funding and likely needed operating subsidies even with one-way fares exceeding $100 per person raise questions as to the feasibility and desirability of high speed rail,"said Madrona's 2016 report, which briefly addressed high-speed rail lines. "By the time the high speed rail is completed, new technology might completely change the transportation paradigm."

But Madrona's report also said: "This is not to reject the promise of high-speed rail. The dream of one-hour travel by rail between downtown Seattle and Vancouver is worthy of considering. ... However, we should not limit ourselves to conventional prescriptions to transit needs."

Bruce Agnew, a transportation expert and co-chair of the Pacific Northwest Economic Region's transportation working group, said the high-speed rail concept is worth studying, although he was not familiar with Inslee's request. He contended that studying I-5 improvements should accompany any high-speed-rail analysis.

"I appreciate the fact that the governor is looking at new technologies to connect Vancouver and Seattle. ... But you [have] also got to be realistic about the market and costs," Agnew said.

Ultimately, the fate of Inslee’s $1 million study request will rest in the final budget negotiations between the Democratic-controlled House of Representatives and the Republican-dominated Senate toward the end of this legislative session.

The proposed Seattle-Vancouver line is largely being pitched as an economic boost to the area. “In a word, it’s economic development,” Knutson said.

Groesch and Knutson talked about employees in cities being able to live in affordable outer areas while commuting to work. They talked about the economic benefits of a long-running, high-priced construction project employing thousands of people, while also providing plenty of jobs when it would be done. And being able to travel quickly up and down the 140-mile corridor would boost the quality of life in the region, they said.

Ultra-high-speed rail lines elsewhere have “resulted in accelerated growth in cities connected to the high-speed rail system and a concentration of business activities near the train station,” the WSP/Parsons Brinckerhoff report said.

Later, the report said: “Population and employment are growing at high rates in (Seattle and Vancouver). Metro Vancouver expects the metropolitan area population to grow some 50 percent – from 2.2 to 3.4 million residents -- with total employment projected to grow from 1.15 to 1.75 million jobs in the region by the year 2040. The Puget Sound Regional Council expects the region’s population to grow to over 5 million residents by the year 2040, some 30 percent more than in 2000. Total employment is also expected to increase from about 1.8 million to 3 million by 2040. Both cities have strong and diverse economies and are well-positioned to lead in the innovation economy of the 21st century.”

Knutson, the governor’s adviser, made a point of the innovation economy to the Senate committee. “What is unique about today,” he said, “is that you’re getting well-heeled technology executives willing to see this go forward.”