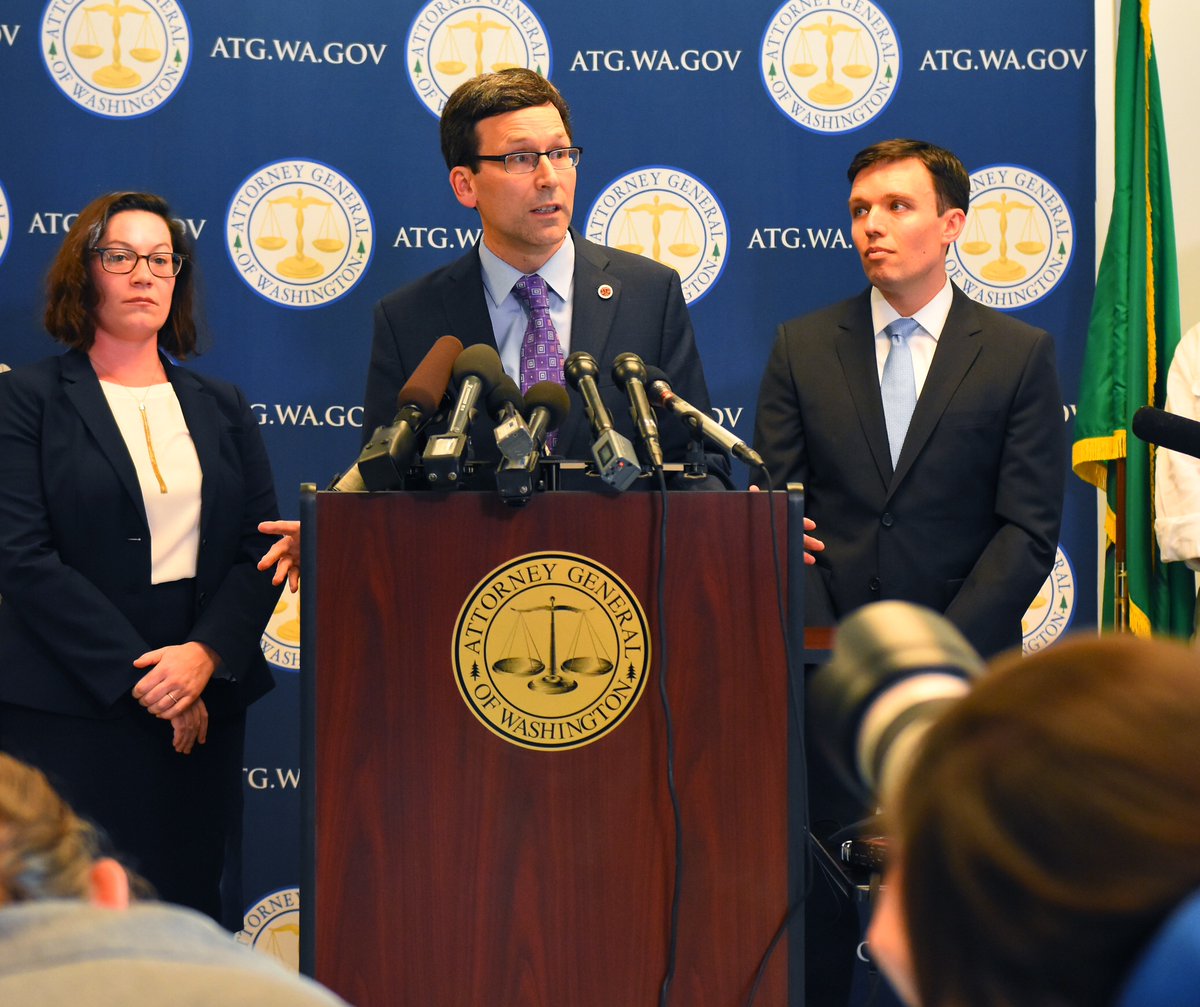 The state of Washington's attorneys celebrated a federal appeals court refusal to reinstate President Donald Trump’s partial immigration ban as a legal victory for constitutional rights and for people whose lives had been disrupted by the administration action.

At a press conference shortly after the decision, state Attorney General Bob Ferguson and his staff said there has been an outpouring of public support for the state's suit against the travel ban, which the state has criticized as unconstitutional and in violation of various federal laws. He expressed confidence that the state will ultimately prevail.

Late Thursday afternoon, a panel of 9th U.S. Circuit Court of Appeals judges unanimously upheld a federal judge's decision to block enforcement of the travel ban nationwide. The federal district court judge's order could still go to the Supreme Court, and a final decision on the validity of the ban from U.S. District Court Judge James Robart could still be months away — with a long appeals process to follow.

Ferguson said the Trump administration had imposed the ban with little thought for the law or for the disruption of people's lives. But he said his staff had seen the impacts on people. "At the end of the day it's about people's lives," he said, "and the impact on their lives and the future of our country and the Constitution."

Noah Purcell, who argued the case before the 9th Circuit judges as Washington’s solicitor general, said he had heard of the ban's effects on several students at Washington State University. One student couldn’t attend his father’s funeral because of the ban. Another student’s wife was scheduled to join him in the United States but was forced to cancel her travel plans.

“The federal government has tried to make it seem like we’re bringing this case just on behalf of people who are overseas and who have never been here,” Purcell said. “While some of those people may benefit, there are a lot of people who are here who have lived in the United States for a long time who are harmed severely by this order.”

He said, "I've gotten more than one email from people saying, 'You saved my client's life. They were supposed to come for surgery' or something like that. We don't get emails like that very often."

Purcell said he also received a letter from one of his former elementary school teachers. The teacher, who was born in an internment camp, said how much she appreciated the work that his office was doing on this case.

Colleen Melody, an attorney with the Attorney General’s Wing Luke Civil Rights Unit, said a friend, who is also an attorney, was at an airport with her client, who had lived in the United States for 12 years. The client's Iraqi fiancé, after years of preparation, was on a flight the day the ban went into place. She was stopped at her connection and was sent back without much of an explanation. The day after Robart halted implementation of the travel ban, the fiancé arrived in this country and was united with the client.

"They are real people whose lives were thrown into total emergency," Melody said. "No notice, no reason, no understanding why somebody in Washington, D.C., had upended years and years of plans and process, steps they had taken, when they had done the right thing."

At one point, Melody said, “We’ve heard story after story like that, and it makes you understand why you do this. This is the reason why you work on behalf of people, why you do public service.”

Both Purcell and Ferguson thanked the public for their support of the suit, which was the first brought by a state against Trump's partial immigration ban. “Just walking down the street, it’s hard to get more than a block without somebody stopping and saying, ‘Thanks for the work on this,’ ” Ferguson said.

Purcell said the office isn’t used to receiving so much attention, but Ferguson said, “We’re in it for the long haul.”

In a moment of emotion, Purcell and Ferguson hugged. Ferguson said, “It’s a wonderful day for the rule of law."