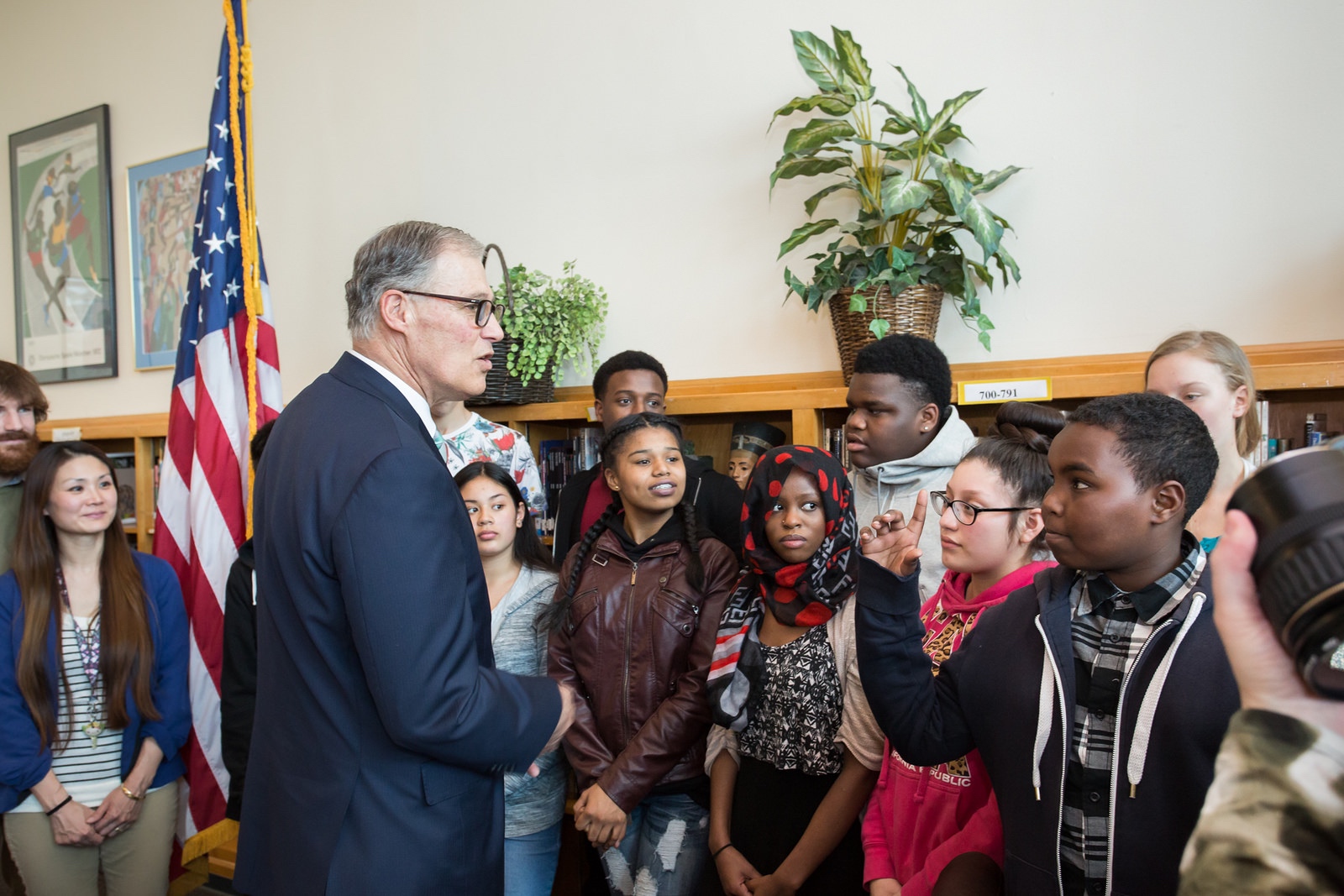 With a school funding debate largely at a standstill, top Democratic lawmakers and Gov. Jay Inslee voiced concerns Tuesday over a looming deadline they say could affect schools around the state.

Accompanied by superintendents from four districts around the state, Inslee told reporters that many schools will need to plan drastic staffing cuts for next year if a yearly tax collection authorization isn’t extended for local districts. The process for making the cuts could begin within weeks if the Legislature doesn’t assure districts they can continue the collections.

Republicans have said extending the authorization, which districts use to collect their own local tax dollars, would take the pressure off state legislators to find a solution to the larger McCleary school funding crisis. Any solution would be expected to shift funding responsibilities to the state in a big way, reducing the need for districts for local taxes at current levels.

At issue is whether to extend a funding deadline called the “levy cliff” — a drop in local levy revenues that will occur if the Legislature doesn’t reauthorize districts’ collection of voter-approved property taxes. The state is under a court order, known as the McCleary decision, to replace those local levies with $3.5 billion in state dollars.

Democrats have argued that schools must begin writing their own budgets during the winter. So, leaving schools without guaranteed funding could force schools to budget as if they weren’t going to get either their local funds or state replacement money.

In a press conference of their own, top Democratic legislators warned that Seattle schools would be the earliest affected, with some notices of layoffs going out as early as Feb. 28.

Large-scale layoff notices appear not to be an immediate threat in Seattle schools. “There would be very few layout notices going out,” said Seattle schools Superintendent Larry Nyland after the press conference.

Instead, Nyland said, the district would allow the total number of teachers it employs to shrink by not hiring new staff to fill the places of about 200 retiring or resigning teachers. Schools would reassign existing staff to fill those positions and increase class sizes. Nyland, however, emphasized that the decisions would have real effects, because once the notices go out, the changes would likely take effect even if the crisis were resolved.

Because of the size of the district, Nyland said, it’s impractical to try to hold up the entire budgeting process waiting for legislators.

While Nyland said schools in his district would be informed as early as Feb. 28 of staffing changes, and teachers likely two weeks after that, other superintendents at Inslee’s press conference said they won’t have to act until mid-to-late March.

Last month Republican legislators in the state Senate released a plan that eliminated local property taxes and replaced them with an increase in the statewide property tax. Democrats objected to the plan for simply replacing existing funds without giving schools new funding.

Rossi said the solution is “available right now, sitting in the [state] House in our bill.” Asked if that wouldn’t mean Democrats essentially accepting the Republican plan wholesale to meet the schools’ funding deadlines, Rossi was blunt. “It really doesn’t need amendments,” he said.

Rossi also said that schools facing a shortfall now were at least partly to blame for their situations. “They should have reserves,” Rossi said. “Plenty of other districts did plan for this.”

State Superintendent of Public Instruction Chris Reykdal said a straight swap of state for local dollars such as the one proposed by Republicans isn’t enough. “If you’re seriously going to change outcomes for every student ... I think every school district should have more resources,” Reykdal said. “The bottom line is they need to invest more.”