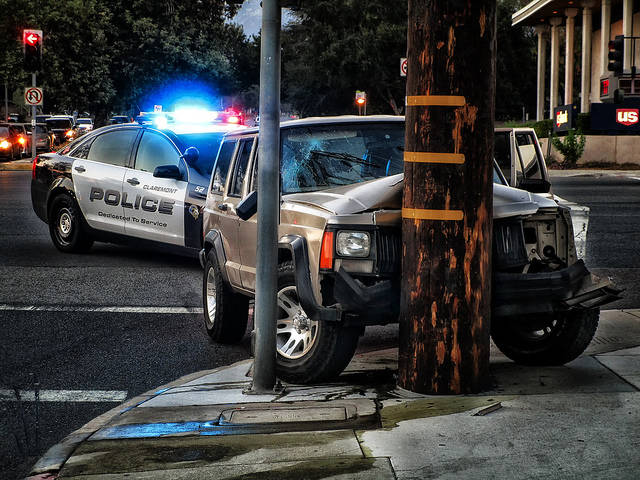 A pair of road-safety proposals —  one increasing penalties for drunk driving, the other aimed at unleashing police on distracted drivers — face important reviews in the state Legislature.

A Senate measure that seeks to expand distracted driving laws faces its first big hearing on Tuesday, but it has gained significant bipartisan support. A companion bill in the House will have a committee hearing on Thursday.

Both distracted driving bills benefit from a minimal price tag. But the DUI sentencing proposal, while also enjoying bipartisan support, could run into trouble on cost issues.

To curb distracted driving, Sen. Ann Rivers, R-La Center, has proposed a bill that would significantly increase the definition of the crime, giving police greater ability to pull people over. Under the measure, touching an electronic device in almost any way, including just holding it in one hand while driving, would be cause for an officer to pull a driver over. The only exception would be touching a phone once to turn it on or off, or start or end a call or launch another function.

“We’ve seen a 30 percent increase in accidents on our roads,” Rivers said. Not all of that increase, over recent years, is from distracted driving, she added, “but the lion’s share certainly is.”

One study found that between 2008 and 2012, at least 1 in 5 fatal accidents in King County involved a distracted driver.

Right now, said Rep. Jessyn Farrell, D-Seattle, police are hamstrung by an inability to prove distracted driving because current state laws require them to prove people were either texting while driving or actually holding a phone to their ear. “Our laws are totally out of date,” said Farrell, the sponsor of the House companion to Rivers' bill. “They were written in the era of flip phones when all you could do was text or talk.”

The fact that the law is so specific, Farrell said, opens up an easy defense: Drivers pulled over for using a phone while driving only have to say that they weren’t using their phone to text or talk. A driver that tells an officer they were checking Facebook, Farrell added, would not be guilty under the laws as they stand.

Rivers, was the among the first legislators to advocate for changes around distracted driving, when she introduced a bill in 2015 to stiffen the rules. That proposal failed, but Rivers said that her impression is that lawmakers are much more aware of the issue now.

Lawmakers are not only hearing about the issue from their constituents, Rivers said, but also seeing it firsthand on the long drives many make twice a week, between the state capital and their districts across the state.

Along with expanding the definition of distracted driving, the bill would stiffen penalties for the first offense, to $350.

At its Thursday hearing, the House Committee on Transportation will be looking at both Farrell’s measure and a bill, from Rep. Dave Hayes, R-Camano Island, that approaches the same problem from a different angle. It would increase fines on any other traffic violation if a driver was distracted in any way, not  just by using electronics but also activities like eating or grooming. With an arguably more lenient approach, however, Hayes' bill may find itself looking like a half-measure if legislators actually have a significant appetite for going after behind-the-wheel cell phone use.

It will have an important hearing Wednesday before the Senate Ways and Means Committee, which decides what bills to send to a vote by the full Senate. But Rep. Roger Goodman, D-Kirkland, recently said he is skeptical of its chances. Goodman chairs the House Public Safety Committee, which would likely be charged with holding hearings and votes on the bill if it makes it out of the Senate.

Government revenue forecasts for a previous version of the bill, introduced in 2015, indicated it would create about 250 new felons each year, eventually costing about $3.5-4.5 million per year, mostly in increased costs at state prisons, which would have to house the felons.

That price tag was the reason previous versions of the same bill failed, Goodman said, and could be the undoing of this year’s proposal as well. An estimate this year estimates about 190 additional felony cases but comes to roughly similar costs projections.