Turning away refugees can be a death sentence 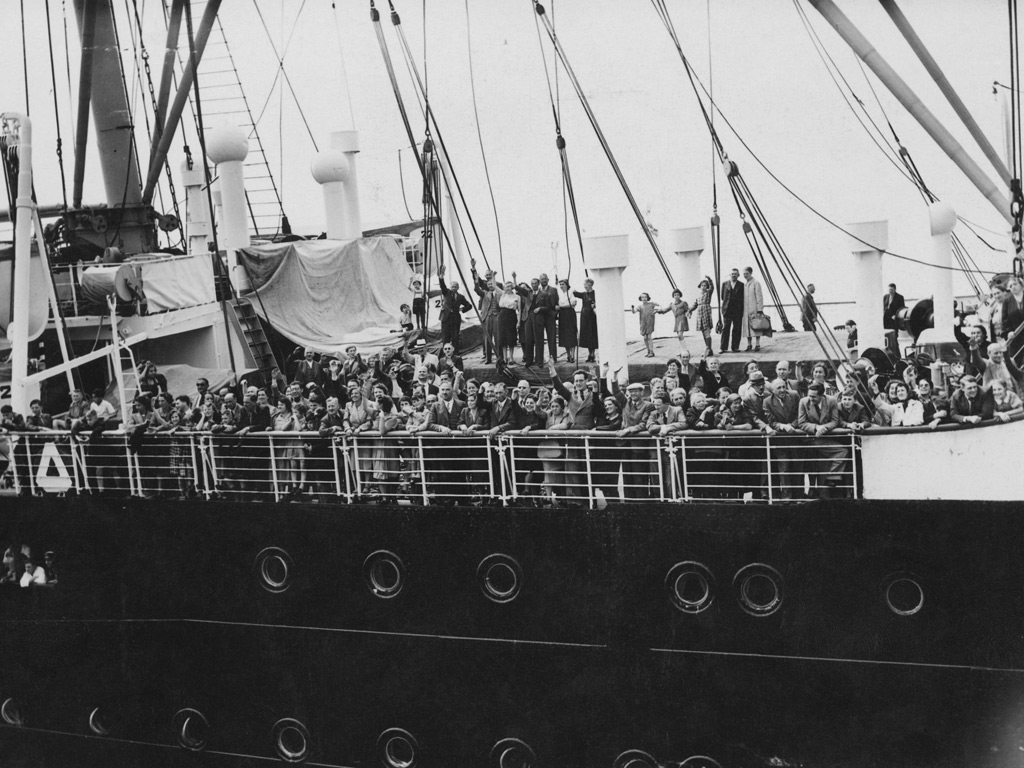 Passengers aboard the MS St. Louis.

In May of 1939, more than 900 Jewish refugees, many of them women and children, left Hamburg aboard the MS St. Louis for a two-week voyage to Cuba. What many didn’t realize was that the documents they had purchased allowing them to land had been invalidated just before the ship departed. As a result, most of the passengers were refused entry to Cuba.

The ship lingered off the coast of Florida, within sight of the lights of Miami. America refused to take them. They were eventually returned to several European countries. More than 250 eventually died in the Holocaust.

The story of the “Voyage of the Damned,” as it has come to be known, resonated last weekend, as President Donald Trump signed an executive order turning away refugees from seven Muslim-majority nations and stranding scores of people in detention in airports across the country, including Seattle. The United Nations estimates the president’s edict will stop some 800 refugees from entering the U.S., and could impact as many as 20,000 during the 120 days it is in force.

As is the case today, Americans in 1939 were aware that they were sending refugees home to an uncertain fate. In her book, “Beyond Belief: The American Press & the Coming of the Holocaust 1933-45,” Deborah E. Lipstadt writes that many U.S. newspapers expressed sympathy for the St. Louis refugees. But editorialists also said that America had taken in enough refugees already, that the Jews had brought the problem on themselves, and that taking them in would set a bad precedent. How many more will come without being asked?

Lipstadt says American coverage of the St. Louis tragedy is an example of the American press’ failure to understand the unfolding of the Holocaust. By 1939, virtually no one in America was unaware of the persecution of Germany’s Jews, but many still debated the “why” of their persecution.

In her book, Lipstadt quotes a Seattle Times editorial of June 5, 1939 as an example of media that put responsibility for the fiasco on the fleeing Jewish refugees. “Cuba had not invited them; had not even been asked if they would be received as residents," the editorial read, "and harsh as it may seem, Cuba’s president [Federico Laredo] Bru perhaps had no alternative but to deny them admission.”

To be fair, as research into the paper's archives shows, the Times knocked the Germans too. In the same editorial, the paper said the “Nazi treatment of Jews reaches new depths of inhumanity by setting them off to sea” in the first place. But the paper decided it was worse to grant the refugees haven than to send them back to Germany. “Sorry as we are for those poor souls, to accommodate Germany in such a case would set a most dangerous precedent," the Times wrote. "The fault is wholly in Germany; and though it is poor consolation to the roving refugees, Germany must pay the costs of the misadventure.”

In other words, the Jews should be returned to punish Germany for sending them forth.

Lipstadt notes that among the failures of the American press in the 1930s was its inability or unwillingness to recognize that Jews were not just suffering collateral damage from political over-reach, but rather that anti-Semitism was central to Nazism itself. “No Persecution” was the headline on a March 28, 1933 Times editorial which called persecution of Jews in Germany an “evil rumor.” A follow-up on April 7, 1933 claimed that reports of ruthless outrages against Jews were “incredible,” and “unthinkable.”

The editorial staff must not have been reading their own paper. Five days earlier, on April 2, for example, the Times bannered a front page United Press story from Berlin on boycotts, bans and terror against Jews in Germany. The subhead on the story referred to Jewish professionals feeling the “mailed fist of Hitler’s troops.” The lead sentence read: “The iron hand of Hitlerism bore down on the Jews of German today...”

The newspaper’s denial, however, began to crumble in the latter part if that year. On Sept. 28, 1933, the Times condemned Germany’s  “unbridled prejudice” against its Jewish community and described it as a “display of racial hatred.”

However, in the same editorial they defended any country’s right to “employ reasonable efforts” to “rid itself of unassimilable, disloyal and subversive elements.” In Timespeak, this meant that they were OK with deportation of Communists. The Times was staunchly anti-Communist, anti-Soviet and anti-Bolshevik. Even in 1939, the paper considered Communism a greater threat to America than pro-Nazi paramilitary groups like the German-American Bund.

So the Times had come around to acknowledge official mistreatment of Jews generally, but was untroubled by deportations and the like if they were communists.

As the 1930s progressed, the Times editorialized more and more against Hitler’s treatment of Jews. Its protests took on more urgency when the Reich began harassing German Catholics and Protestants too — they were as bad as godless Communists. By 1937, the Times was deploring the “Nazi policy of extermination of the Jews,” a phenomenon the paper previously held would never happen.

A year later, the paper reflected back on how its stance in 1933 had disintegrated into disgust with Hitlerism by 1938. In a signed editorial speaking for the paper, associate editor James A. Wood recalled why the Times had given Hitler a chance. “Hitler,” Wood wrote, “was a bold experimentalist, and everybody knew the German case was desperate. A genuine friendly interest prevailed in this country, and it persisted through the earlier states of the Nazi effort to clear Germany of Communism.”

But now, Wood saw clearly, “the Nazi government deserves about the worst that can be said about it.”

So the newspaper came around. Which makes it even harder to square with the editorial about the St. Louis refugees the following year, in 1939. Somehow the editorial board felt that returning the passengers, who were caught in a limbo between Cuba, America and Nazi Germany, to possible death was a better option than giving them sanctuary?

What precedent did that set? Given the horrors people are trying to escape in Syria and other countries today, that’s a question Trump’s executive order has made relevant once again.