Fake news: Been there, done that 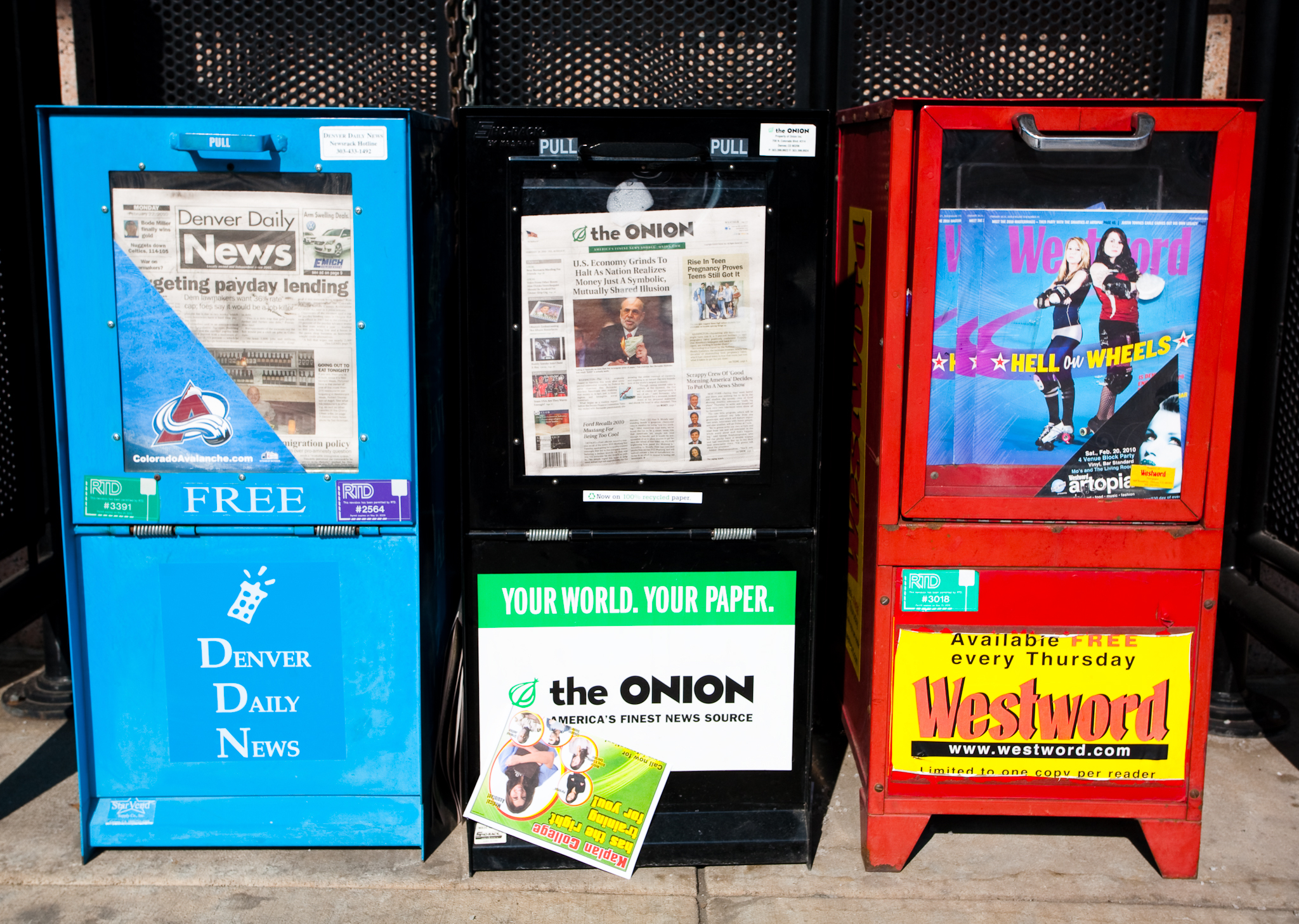 It’s time for a confession: I have perpetrated fake news.

In fact, I got my start as a writer doing that. And I did it more than once.

Am I ashamed? Am I penitent? No, it was fun and it inspired me to become a writer. Through fake news, I discovered the power of words.

In 1970, I was in high school at Lakeside in north Seattle, the first school I attended that had a genuine student newspaper. I was excited to write for it. In that era, The Tatler was a kind of straight-laced parody of a school paper. Lakeside was experiencing its 1960s moment (school coats and ties were abandoned, the longtime boy’s school was going co-ed). Student government was abolished. Interest in a conventional student paper waned. It fell into the hands of bright, mischievous seniors who had wit and had somehow shed the shackles of faculty supervision. The paper had funny and provocative headlines. One I remembered was about the track team before a major meet: “Itchy Track Nuts.” The Tatler’s name harkened back to the raucous era of 18th-century London coffee-house publishing, with a dollop of the Harvard Lampoon and laddish humor.

It was a creative chaos — part news, part put-on.

My very first story for the student paper was fake news. It was a supposed memoir of my father’s friendship with Ernest Hemingway. My dad, by the way, did not know Hemingway, but he did grow a Hemingwayesque beard in the Mad Men era. That provoked guys in bars to say thing like, “Hey, you think you’re Hemingway or something,” which speaks well of guys in bars back then. I was a literature-obsessed student who hated Hemingway hagiography —memoirs of great times with Papa in Paris. So I wrote a parody of the same, setting up a great encounter between the novelist and my father. The story stopped midway — just before a key moment — and jumped to a non-existent page. Fake news! Satire! The newspaper as theater! A cry for attention!

The story did not cause a sensation, but one student eagerly approached me to get the details of my father’s encounter with the Great Man and demanded to know where the rest of the story was. When I told him it was a joke without a jump page, he was outraged; after he gave me a tongue lashing, he didn't speak to me again that year, as I recall.

For my part: I had written something that someone had read! Mission accomplished. I couldn’t have been more thrilled.

The following year, however, The Tatler published a multi-part fantasy of mine written as disjointed dispatches from a reporter witnessing a revolution at Disneyland in which the audio animatronic robots rebelled against the fascism of Walt and Mickey and the whole place was going down in flames (The Night They Burned Old Disney Down). No one believed it, but the feedback was positive, enthusiastic.

As time went on I learned the rules of journalism. I also enjoyed breaking them once in a while.

In the 1980s, I edited an Old Farmer’s Almanac-style publication for Washington state called Washington’s Almanac. The first couple of issues sold like hotcakes — the first edition in 1986 outsold Penthouse magazine on local newsstands. If you were alive then, you know what a yardstick that was.

In one Almanac, we ran a hoax story about the “Lighthouses of the Palouse.” I had noticed driving through the area that there were occasional stone towers on old farmsteads. So we invented the idea that they were part of a network of land-based lighthouses that guided the way of prairie schooners following the Oregon Trail. People loved the idea and some believed it. I received a letter from the U.S. Lighthouse Society in San Francisco asking to reprint it in their journal, saying their members would be amused. I wrote back asking for $1 million to fund research into Palouse lighthouses, but no check arrived. It was a fake story that people took with humor. There was no agenda, no desire to make political points. Just a laugh.

It went over so well, we hatched another in the 1988 annual edition, the tale of a Viking cowboy poet named Popinjay Knutson who was a guano pirate on the Washington Coast. We published his purported doggerel about the life of Scandinavian cowboys (these pirates, you see, used horses to haul the purloined guano). Ridiculous, but a nice combination of sea stories, poetry and piracy — the kind of thing history buffs want to believe, which is the essential element of a con (See the great Ivar’s billboard hoax of 2009).

Some time later, a librarian at the state library in Olympia contacted me saying that they’d been getting many inquiries about “Popinjay Knutson.” I confirmed that he was fictional and they had to insert a card into their library catalog file (this was pre digital) informing researchers that Popinjay wasn’t real. “He did not ever exist, except in a highly creative imagination.”

Apparently, the Nordic cowboy bard had fans who sought him out. Unbeknownst to me, there is a real tradition of fisher and (even some cowboy) poets on the Northwest coast. You can meet the fishers and their cowboy pals at an annual gathering in Astoria later this month. The spirit of Popinjay lives on.

My last venture into fake news was a decade later at Seattle Weekly, when author and writer Bruce Barcott concocted an April Fool’s issue cover story about a young man called Rupert Tollefson, a child genius who, we said, had been adopted by Microsoft to be groomed as “the next Bill Gates” and who was working on top secret “thought recognition” technology. Rupert, in our telling, was a young big-Gates lookalike — we even had a kid who posed for pictures. In the late '90s, things didn’t go viral the way they do now, but this story came close.

We got inquiries from all over the world. We put plenty of clues in the story at the beginning and end to make sure people realized that it was an April Fool’s Day feature, but not everyone got the message. Barcott did get some Hollywood money when a studio optioned it. Don’t say fake news doesn’t pay.

I don’t do hoax stories these days. For one thing, we have full-time channels devoted to it (The Onion). Also because what once seemed like whimsy has turned, in an era of social media and propaganda, into a more malevolent trend that is shaking the foundations of media and politics. We’re often so confused about the truth and suspicious of its purveyors. My desire is to reassert it, not playfully subvert it because we seem to be edging closer to a world where you can “fool all the people all the time.”

Fake news isn’t what it used to be.