Washington could double down on clean energy 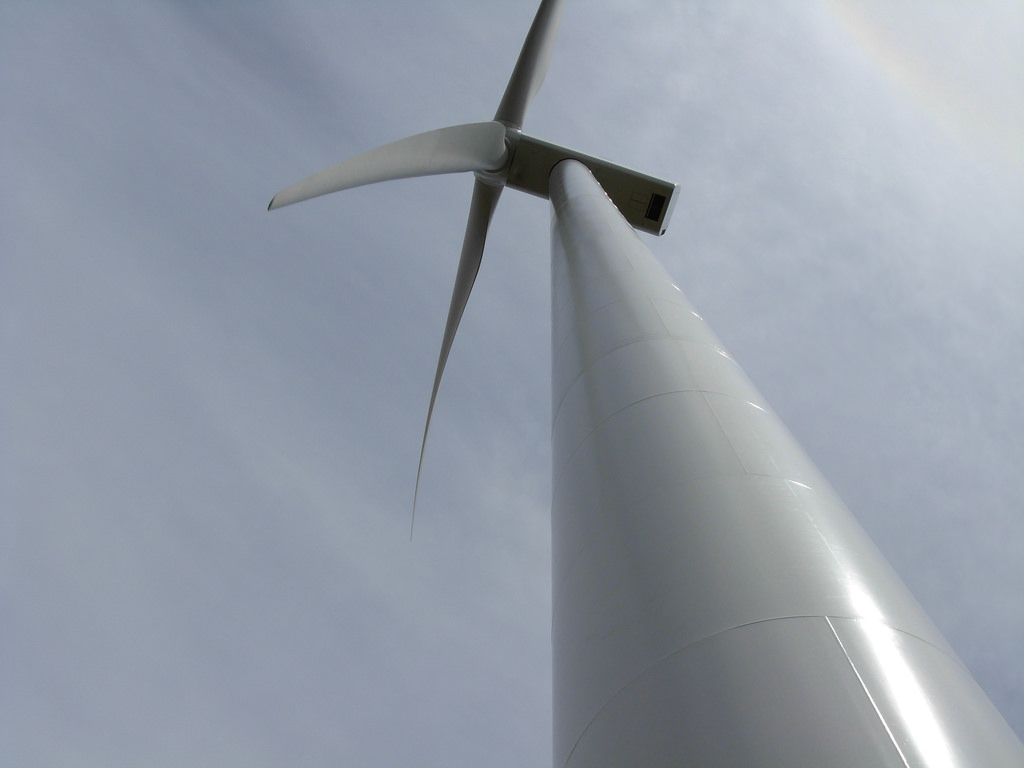 A wind turbine near Ellensburg

The sponsors of a successful 2006 clean energy initiative say they’re willing to start a new signature campaign if they don’t receive legislative approval of their latest proposal.

The group, the NW Energy Coalition, ran the 2006 campaign for Initiative 937, a measure that requires electricity companies in the state to shift to at least 15 percent renewable energy by 2020. Now the group is looking to expand on that victory at the polls with a proposal to prohibit providers from adding electrical capacity from non-renewable sources.

Representatives of the group confirmed late last week that they’re ready to put the measure on the ballot as soon as 2018 if they don’t find success in the legislature this year or next.

“Our preference is to pass something here, to work collaboratively,” said Craig Engelking, a lobbyist for the group. “But given the reaction so far, we fully expect that we’ll have to go back to the ballot.”

The group’s proposal would allow existing power plants to maintain and even replace their equipment, and would allow providers to purchase extra power from any source on the national grid for emergencies and unexpected surges, but it would require that any permanent increase in capacity come from clean sources like wind and solar. The new bill also preserves a controversial element of the original initiative, which excluded hydroelectric dams from the list of approved power sources.

Joni Bosh, senior policy associate with the group, emphasized that the group plans to spend this year and next trying to pass the proposal as a bill in the Legislature. But, Engelking added, the chances for approval by the Legislature depend almost entirely on getting energy companies to sign onto the bill — a chance that may be remote.

That expectation appeared well-founded Thursday, when at least one senator with a prominent position on energy issues said he didn’t think the proposal was a good idea.

“I don’t think it’s going to make it,” said Sen. Tim Sheldon, D-Potlach, vice chair of the Senate Energy, Environment and Telecommunications Committee. Although nominally a Democrat, Sheldon effectively participates in the Legislature as one of the Republican majority, attending caucus meetings with them.

By putting new restrictions on power companies, Sheldon said, the proposal would cause consumers’ rates to go up. “To add to that would really bring the ire of consumers,” Sheldon said.

Sheldon also said he wasn’t worried by the idea of an initiative threat from the group. He said of the public, “They’re not going to vote to increase their power bill.”.

That’s identical to reasoning from the opponents of the original initiative. Some at the time claimed the initiative might double energy prices, but that sharp increase never came to pass. Ten years after the initiative became law, Washington electricity is the second-cheapest in the nation, down from the seventh-cheapest the year it passed.

That’s not to say there wasn’t some rise. According to statistics supplied by the Federal Energy Information Administration, the inflation-adjusted price of electricity in the state in 2006 was 9.17 cents per kilowatt-hour. A decade later, in 2016, it was 10.4 cents — a rise of about 1.2 cents per hour, or about $80 a year more in electricity for the average homeowner.

But that’s well within the normal variation for energy markets on the West Coast, which have generally seen a slow-and-steady increase over the past decade, said Todd Johnson, an economist with the EIA.

“The increases [Washington] has seen have been relatively small over time,” Johnson said.

Bosh and Engelking pointed to the fact that no drastic increase ever materialized after the 2006 measure as evidence that adding additional requirements wouldn’t have a detrimental effect in the state. “The predictions that it wouldn’t work, that everyone would be bankrupt — that didn’t happen,” Bosh said.

To boost clean power in the state, the original initiative set a series of targets for how much electrical-power providers in the state had to generate from renewable sources, starting with 3 percent in 2012, and topping out at 15 percent in 2020.

Engelking said he thought public sentiment had coalesced around environmental goals, and that if anything the thinking that carried the first initiative to success has become more mainstream.

This story has been updated since it first appeared to correct the spelling of Craig Engelking's name.