What surviving Nixon teaches us about Trump 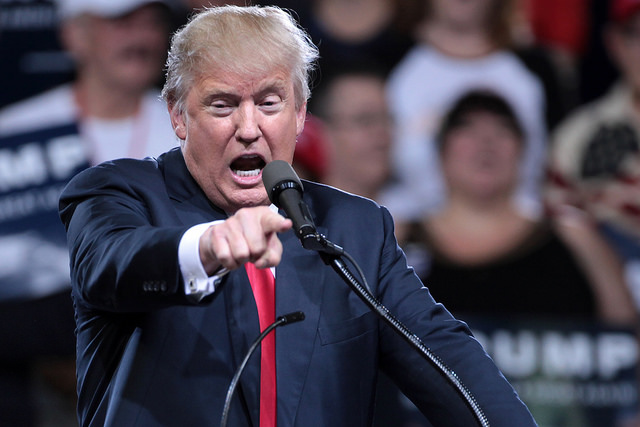 When I was a boy, I worshipped the presidents. Some kids collected baseball cards. I ordered a sheet of faux postage stamps from a comic book that featured portraits of all the presidents. Then I memorized their names and faces.

I was in grade school at John Muir Elementary in Rainier Valley during Camelot, a period of heightened Cold War fear. Every noon, the air raid siren wailed. We had drills where we hid from nuclear attack in the school basement. I dearly wanted my folks to build a bomb shelter. John F. Kennedy was my ideal then — smiling, good looking, football playing, protecting us from our scary enemies like Soviet leader Nikita Khrushchev, who promised to “bury” us with the atomic bomb.

Of course, we all know how that chapter ended. We avoided nuclear annihilation, but we lost Kennedy. And then five years after JFK’s assassination Americans elected Kennedy’s polar opposite, and 1960 opponent, Richard Nixon. Loss of innocence is inevitable in American politics.

This President’s Day, I can’t help but think of a famous quip by Republican Sen. Bob Dole when Ronald Reagan sent a delegation of former presidents — Carter, Ford and Nixon — to Egyptian President Anwar Sadat’s funeral in 1981. Dole called them, in order, “see no evil, hear no evil and … evil.”

Yes, evil. And that was a conservative Republican's opinion of Nixon.

It’s worth looking back on Nixon at times like this. It’s humbling, for one thing. It’s a reminder of our national story of great promise, and failure to always live up to it. But it also reminds us of American resilience. For those appalled at Donald J. Trump’s early performance in the White House — he’s set more fires there than the British did in 1814 — it might offer reassurance. We have been through bad, and worse.

Richard Nixon was more experienced than Trump when he took office, having served as vice president for eight years, for one thing. He was a known quantity who had been rejected for the presidency in 1960, disgraced for his tantrum against the press in a failed 1962 campaign for governor of California. In 1968, when he ran for president again, he was coming back from political exile. He did it as “the new Nixon,” aided by ad execs who knew how to sell the American people anything, including a product they disliked.

People knew Nixon was bad news. He was a devious, crooked politician (Ike had considered dumping him as vice vice president). A dangerous man with authoritarian aspirations. His opponent in ’62, Gov. Pat Brown, concluded he was “psycho.” But as with Trump, salesmanship triumphed over a fractured opposition. So did meddling in foreign affairs. On Nixon’s order, his associates sabotaged Lyndon Johnson’s Vietnam peace talks in advance of the 1968 election in order to further Nixon’s cause. Even conservatives like George Will find it hard not to view this as anything but treason.

To hide this and other activities, Nixon worried constantly about leaks that would undercut his image as a “law and order” guy — which meant his law and his order. He launched the so-called “plumbers unit” to stop leaks — the unit that committed illegal acts that eventually got Nixon into trouble during Watergate. As the Nixon tapes reveal, he ordered the unit to break in and “blow” the safe at the Brookings Institution to retrieve evidence of his 1968 act of disloyalty.

In some respects, the Watergate break-in that brought him down was a sideshow. Nixon was successful at covering up, for a long while, the rotten foundation of his election. The public was slow to turn on Nixon. He was re-elected in a landslide in 1972, and didn’t resign until the summer of ’74. It took nearly nearly six years to hold him accountable, to force him to resign under the shadow of an impeachment trial.

Trump looks like the new New Nixon. But there are differences. Trump is stumbling out of the gate. His lack of government experience has created chaos.

In just a few weeks, he’s given us much to worry about. His mental health. His attacks on the institutions of democracy, from the courts and press (“enemy of the American people”) to the validity of our elections. His cabinet of foxes in departmental henhouses. His potential profiteering from his office. His prolific lying. His White House team already under FBI investigation. Alleged collusion by his staff with the Russians. His proximity to the nuclear button.

It’s a riveting performance, like a drunk on a high wire holding a Molotov cocktail that could burn down the whole circus tent around our ears.

John Dean, Nixon’s lawyer who resigned and gave evidence against his old boss, has said that Nixon had some internal checks on his worst impulses. Trump, not so much. An article in The Atlantic described Dean’s views of Nixon and Trump this way: Nixon’s behavior often “suggested a functioning sense of shame … something he was forced to wrestle with in his quest for power. Trump, by contrast, appears to Dean unmolested by any such struggle.”

And unlike Nixon, Trump seems ill-informed, ill-prepared, with the impulse control of a toddler. His only check seems to be his daughter Ivanka who, he Tweets, is “always pushing me to do the right thing!” The right thing does not come naturally.

Still, millions of people support Trump, as millions supported Nixon. Gerald Ford, Nixon’s successor, called Watergate a “long national nightmare.” This President’s Day, we seem to be having another one.

The recurrence on this scale of scandal with so many Nixonian parallels suggests that Reagan’s shining city on the hill sometimes has very bad rulers, not to mention some very problematic foundations. It reminds us that too often, we listen to the angels of our worst nature, not those of our better, as Lincoln urged.

Still, if the past is any lesson, we can survive it, even build on it. Watergate ushered in new reforms and new blood and needed skepticism about those in power.

Our good angels are still here with us, if we choose to listen.