A co-working space — with sippy cups 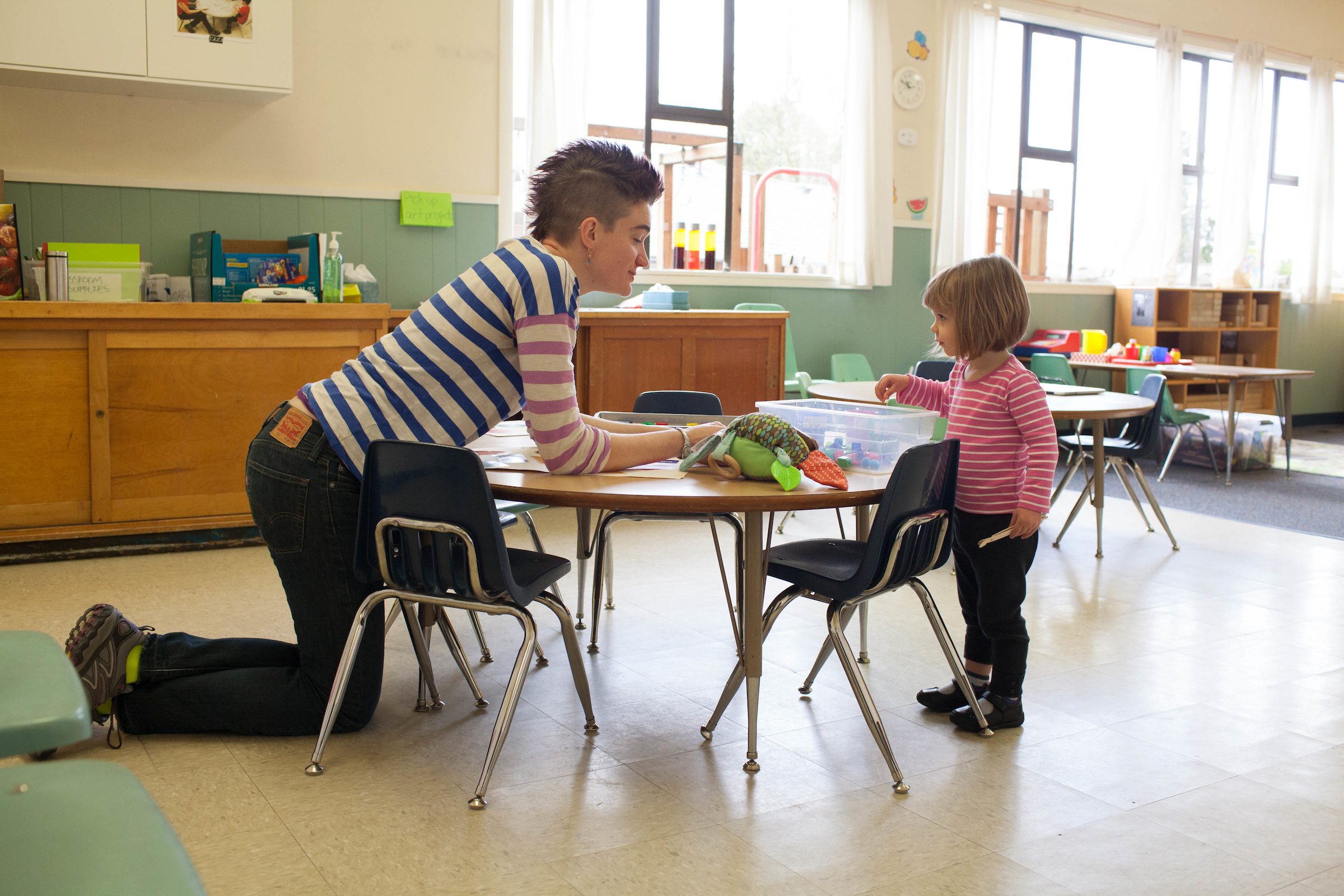 Early last year, I toured three spiffy co-working spaces downtown, looking for a shared office space. I had spent most of my early career employed in corporate offices, but quit my job in late 2014 to write, and was mostly working at home and in cafes. It was quickly losing its appeal — and the co-working spaces had some alluring benefits: Meet new people! Find opportunities to collaborate! Free coffee!

But as I toured yet another bright, fancy space, and walked past yet another ping-pong table, free beer tap or monthly schedule packed with happy hours, I felt more out-of-place than ever. I'm from Singapore, and I was four months pregnant at the time. While some of the mostly young, white coworkers brought dogs to the office, there was nary a child in sight.

I couldn’t imagine it being culturally acceptable to bring my infant son to these environments, even on the odd occasion. I had no intention of working my breast pump in the bathroom, no matter how fancy the soap. Most of all, I couldn’t think of how I would justify the high price of a monthly membership on top of the exorbitant cost of childcare — and reconcile all that with being away from my newborn for long hours every day.

I nixed the idea quickly.

Now, there’s a solution for working parents like me. The nonprofit Women’s Business Incubator (WBI) recently launched a co-working space that lets moms and dads bring their kids to work — every day. Housed in St. Andrews Episcopal Church in Green Lake, WBI has two options for parents looking to rent shared office space. If their children are of preschool age, they can drop them off in a room with a licensed teacher, then head to an adults-only co-working room down the hall.

Parents with children under preschool age work in the same room as their kids — a workaround for strict regulations and high costs that make running a daycare prohibitive. That room is equal parts play zone and workspace, so members can keep an eye on their children while working, a familiar juggling act for parents like me who often work from home. While the space is open to moms and dads, so far they only have female members.

The biggest bonus? WBI’s price tag. While the half-day preschool can cost Seattleites upwards of $800 monthly, the nonprofit offers this plus a co-working space for $850 a month. For folks like me, with children under preschool age, monthly plans to work half-days in the same room as your child are just $59.

The idea is the brainchild of Marnee Chua, WBI’s founder, who has experience running Works Progress, another co-working space in the Green Lake area. Time and again, she heard from female entrepreneurs about how childcare costs were a deterrent to business goals.

“Without having somewhere to bring their kids … even family-friendly co-working spaces aren’t that helpful," she says. “I wanted to create a space with dedicated care. [That] is what pushed me to do this. You need a culture that supports working moms.”

She’s onto something. Women owned-businesses are the fastest-growing in the nation. But when it comes to owning well-funded, high-growth companies, the number of female founders drops significantly. Well under 10 percent of venture-backed companies nationally have a woman founder.

The high cost of childcare could be one reason for this dissonance. Think about it: Women are responsible for the lion’s share of childcare in their households. When bootstrapping a new business, it’s hard to also justify the high cost of childcare, especially in places like Seattle, where infant daycare costs more than average downtown rents. ($1,800 seems to be the going rate for a month of baby care.) Chua tells me she’s known of some women who have given up on their dreams of entrepreneurship just for this reason.

In 2017, this remains a surprisingly underserved market. A cursory Google search found one list of seven (from thousands of total co-working spaces across the country). One 2015 article listed 34 co-working spaces in the greater Seattle area. None had childcare back then and none on that list do at this time. WBI’s will be the first in Seattle that offers this perk.

“I have a masters in Computer engineering and worked in tech for many years,” says Eva Monsen, a WBI board member. "I didn’t think I would have to make the choice between work and family when I had kids … but I did." It wasn’t just the expense of daycare that Monsen found challenging, but what she calls the “emotional tax” of going long hours without seeing her children. Facing this herself and hearing about it from other working moms spurred her to become an early advocate for the co-working space.

As for me? I haven’t joined WBI. The space is too far from my house in the Central District. But I’m optimistic that more office managers will capitalize on the urgent need to serve self-employed parents all over Seattle. Because the face of entrepreneurship is changing — and more founders I know would happily trade the free beer and ping-pong tournaments for a perk that could actually help our productivity and work-life balance.

Note: Nonprofit WBI is seeking to raise $10,000 which will go toward expanding the number of hours that on-site childcare is available.