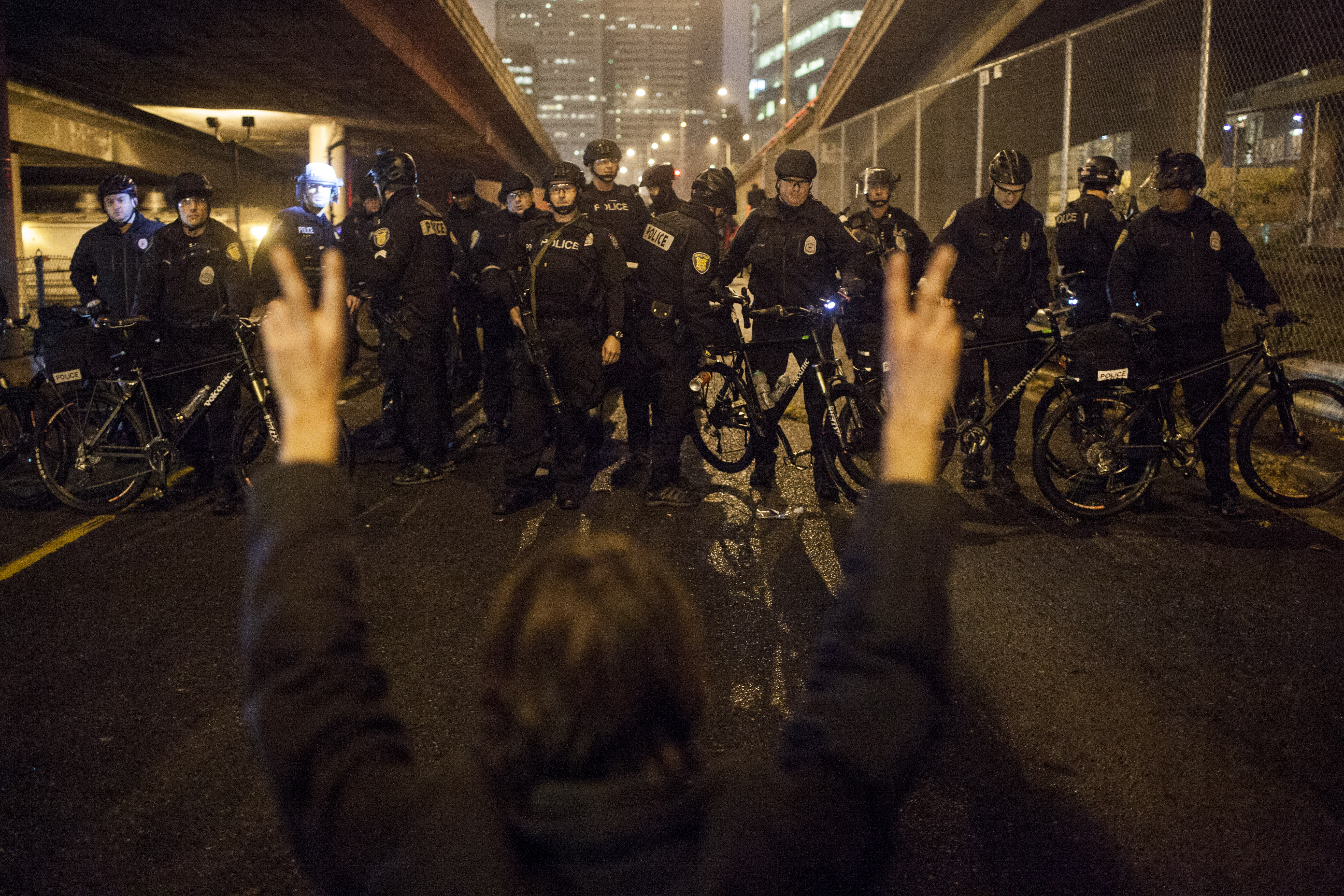 For years, Lisa Daugaard thought civilians were the best people to investigate police misconduct. She would even show up to election forums and demand candidates support an all-civilian disciplinary board.

But after four years sitting on the Community Police Commission (CPC), the well-known public defender had a change of heart. “Many of us came to the CPC from a long background of active campaigning for an all- civilian review board where civilians would review officer misconduct,” Daugaard said.  “But the reason we didn’t recommend it is that model has not proven particularly effective as a model for change.”

The CPC is the voice of the community in the complicated and bureaucratic police reform process. Its members are a cross-section of volunteer community representatives, activists and lawyers. They meet every other Wednesday in a small room in Seattle City Hall and sketch their vision for the Seattle Police Department. Sometimes, that vision gets them in trouble with the mayor or the city attorney, but how the members challenge authority is celebrated by the public.

And yet, CPC members have come to appreciate having officer involvement in the accountability review process. They're not convinced an all-civilian board to review misconduct is the way to go. That could put them at odds with some of the activist community they most closely represent.

The Office of Professional Accountability (OPA) is the disciplinary arm of the Seattle Police Department. It is currently comprised of all sworn officers. When there's a complaint from a member of the public — or another police officer — about excessive use of force or an officer not turning on a dashboard camera — it is the job of these investigators to find the evidence and recommend what discipline, if any, should follow.

The entire accountability structure of the police department, OPA included, has been under increased scrutiny in recent years. In 2010, Seattle Police Officer Ian Birk shot Native American woodcarver John T. Williams in the back. The shooting death triggered a Department of Justice investigation of the entire department, an investigation that concluded officers routinely used too much force.

After the DOJ investigation, the city agreed to overhaul its police department, including its systems for holding officers accountable. An overhaul included improving the OPA. Who should staff it — civilians, officers or a mix of both — remains one of the major unanswered questions for the accountability office.

For Seattle’s activist community, civilianizing the department has become a rallying cry. Mayoral candidate, activist and outspoken police reform advocate Nikkita Oliver told Crosscut earlier this month: “OPA has to go completely civilian. As someone who's filed an OPA complaint, the idea of talking to an officer about my encounter with another officer feels very threatening. It doesn’t work to have police investigating police.”

Councilmember Lorena Gonzalez, who has been visiting cities around the country looking at different accountability models, also favors phasing out sworn officers. She plans to introduce an amendment to the accountability legislation that forbids even former SPD officers from serving as investigators.

Allowing SPD officers to conduct accountability investigations, Gonzalez said, "can be problematic for a few reasons. We’re asking current SPD employees to investigate people who they might have relationships with. That creates an inherent conflict of interest.”

That rationale makes sense to Daugaard; it's the same she used to use. But after what she calls an “enormous amount of research,” she's adamant that staffing the OPA entirely with civilians is not the right path.

She argues that civilians neither know their way around the systems nor the culture of the police department; they may not fully understand the process or even find violations that warrant investigation. Civilians “doing investigations lack familiarity with details of what it’s like to do the job and what the habits or culture are. People in the organization have more insight," she said. “As a public defender, I had to interview and cross examine many police officers. I often missed what the significance was of something the officer said until many years later. I didn’t see the whole picture.”

Judge Anne Levinson (ret.), the former two-term auditor of OPA,  agrees officers do bring a specific level of expertise that civilians don’t possess. She adds that having officers do this kind of investigative work seeds more community understanding within the department. “When you’re in OPA you see a breadth of concerns the community has, you see how interactions are perceived. You see the types of concerns,” she said. “It’s a bird’s eye view of what may or may not be working well.”

Levinson thinks a mix of officers and civilians as investigators, with civilians helming the directorship of the OPA, could be the right formula. In cases where a complainant feels uncomfortable with an officer as an investigator, a civilian director could use his or her discretion to assign a civilian investigator.

A combination civilian-and-officer OPA with civilian leadership would be highly unique. Daugaard calls it "innovative."