Democrats say they are cracking the school-funding code 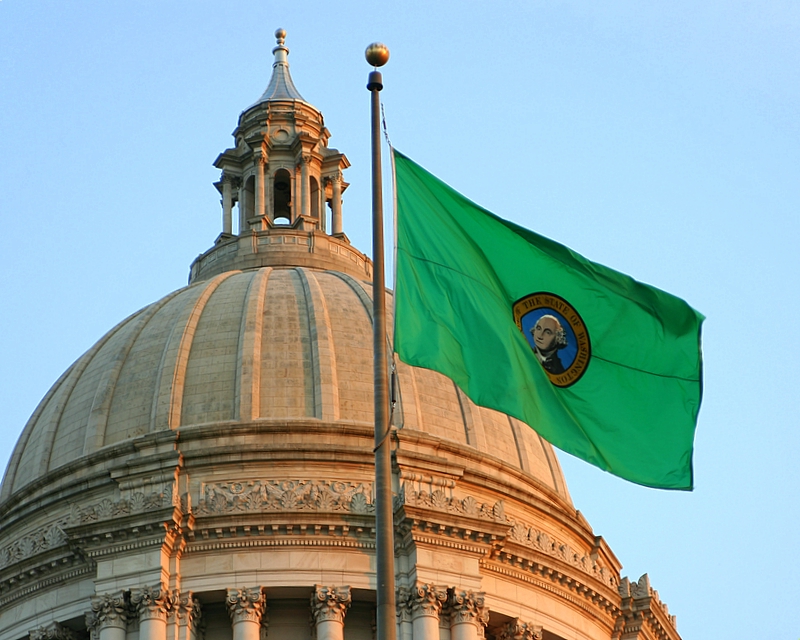 You can expect the state Legislature to go into overtime session — maybe into the summer — because the House Democrats and Senate Republicans’ budget proposals are so far apart.

They are possibly further apart than at the beginning of difficult biennial budget talks in 2013 and 2015.

In some ways, the money difference isn't huge. But each side has proposed several approaches and items that are non-starters for the other side — at least at this point.

The bottom-line difference in the looming showdown is the GOP want a $43 billion budget for 2017-2019, while the House Democrats proposed a $44.9 billion plan on Monday. The GOP budget cuts some social services that the Democrats want to keep.

In the Senate budget approved last week, the GOP wants to revamp property taxes and then depend on the economy to provide all the extra revenue that is needed. The Democrats, in contrast, unveiled a proposed 7 percent capital gains tax, an overhaul of the state’s business and occupation tax and closures of several tax breaks. And a Democratic proposal for a tax on carbon emissions could surface in the next few weeks.

“These are two very different budgets. …. These aren’t not apples-to-apples comparisons. They’re apples to zucchinis,” said Rep. Timm Ormsby, D-Spokane and chairman of the House Appropriations Committee. In other words, the two sides will have to first find compatible figures and a common budgetary language before they can start negotiating.

Sen. Dino Rossi, R-Sammamish and the assistant GOP Senate budget writer, said House Democrats are interested in going into special sessions to “posture with their base” that the Ds are fighting for their supporters.

The real budget talks deadline is June 30, because the state government will otherwise partly shut down on July 1 without a budget passed by the Legislature and signed by Gov. Jay Inslee. In 2013 and 2015, Democrats and Republicans did not agree on a biennial budget until the last few days prior to July 1.

There are plenty of big differences.

Sen. John Braun, R-Centralia and lead GOP budget writer, argued Monday that a capital gains taxes is a type of income tax and could be unconstitutional in Washington. Rep. June Robinson, D-Everett, described the capital gains tax as an excise tax — a tax on the sale of stocks and bonds — instead of an income tax.

The House Democrats don’t like the Senate GOP’s plan to raise money for education by a radical overhaul in how the state collects property taxes, putting $5.6 billion in extra education revenue on the table.  Democrats argue that the Republicans property tax plan would levy more taxes on the Seattle area while also shifting Seattle money to rural districts. Braun, who has said his plan would be fair, countered that a capital gains tax also would disproportionally hit Seattle area residents.

In an announcement of their proposals, the Democrats said that their school funding plan would finally bring the state into full compliance with court mandates to improve educational funding. And they said their tax proposals would help rebuild the middle class.

Democrats also want to tinker with the state’s B&O tax on businesses’ gross receipts. Their plan is to increase B&O taxes by 20 percent on the state’s biggest businesses, with an exception for Boeing. The plan would eliminate the B&O tax for 72 percent of Washington’s businesses, meaning the smalls ones. Democrats also want to lower the real-estate excise tax on the sales of homes worth less than $250,000 and increase that tax on homes selling for more than $1 million.

The House plan calls for closing more than a half-dozen tax breaks, including ones for bottled water, prescription drugs, and non-residents buying goods in Washington. Each year, Democrats proposed closing the exemptions — and each year, the GOP successfully blocks those efforts.

Lurking in the background is a House bill to create a tax on carbon-emitting industries with the money earmarked to reducing emissions, fixing water problems and helping forests. That revenue and those projects are not in the Democratic budget unveiled Monday, but they might be added if the House Democrats pass a carbon tax bill, said Rep. Joe Fitzgibbon, D-Des Moines and chairman of the House Environment Committee. In the past, Republicans have opposed any type of carbon tax.

Republicans want to ignore tentative new contracts with pay raises negotiated by state employees — except for hikes for correctional workers and state patrol officers. That would eliminate a $760 million obligation in 2017-2019. Democrats oppose that idea, in part pointing to what they say would be the chaos in beginning contractual talks again. Republicans also want to eliminate cost-of-living pay increases for teachers passed by a public initiative while Democrats include the increases in their budget.

House Democrats plan to have their appropriations bill passed in that chamber on Friday, with the idea that they can begin budget talks with Senate Republicans then. However, their revenue package will come later, prompting GOP criticisms that talks cannot begin until the House tax bills are passed.