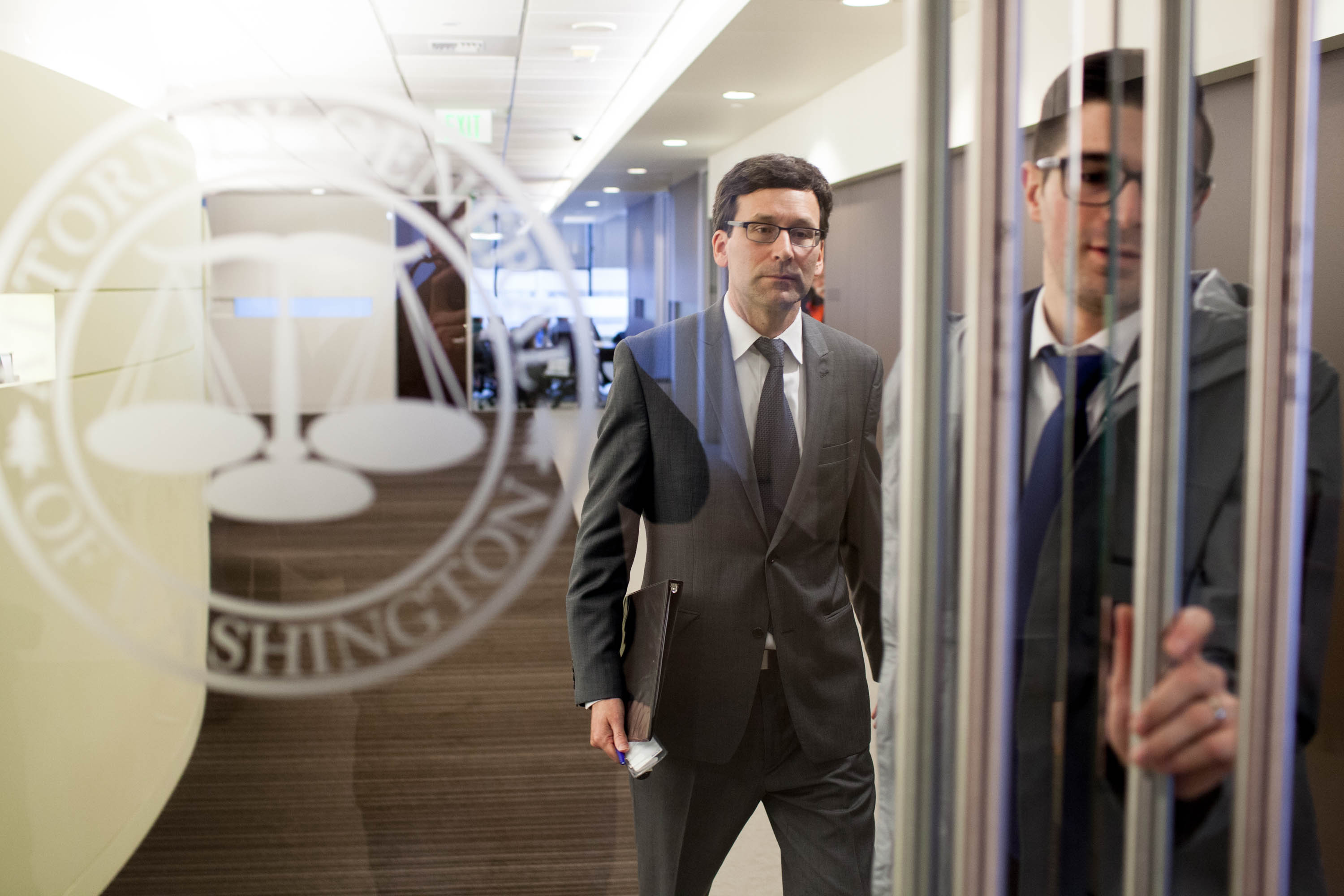 Washington Attorney General Bob Ferguson will continue with his previous lawsuit against President Donald Trump’s travel ban. While Trump may call it new, Ferguson sees the revised executive order released last week as merely a continuation of the old. As such, Ferguson and his team will not file a new lawsuit; instead his office will file an amended complaint asking Federal Judge James Robart to extend the temporary restraining order already granted to the new Presidential order.

The new executive order “does narrow who’s impacted in an adverse way,” but “that does not mean it’s cured its problems,” Ferguson said at a press conference at his downtown Seattle office on Thursday morning.

In January, Ferguson led a legal battle against Trump’s initial order banning refugees and residents from seven predominantly Muslim countries. Judge Robart granted Ferguson’s request for a temporary restraining order on the ban nationwide and the 9th Circuit upheld the order. Following this resounding defeat in the two west coast courtrooms, President Trump’s administration essentially rescinded its initial order in apparent recognition that it would not survive a challenge before the Supreme Court.

Since then, Oregon and New York have joined Washington and Minnesota as parties to the lawsuit.

Last week, the Trump administration released a new order that dropped Iraq from the list of seven banned countries and exempted legal residents, such as green card holders. The new order also struck language that referenced specific religious groups. It set a roll-out date of two weeks in the future in an attempt to avoid the chaos of the earlier ban.

Until Thursday, it was unclear how Ferguson would respond: sue again or not? In stating the first lawsuit still applies, Ferguson paints the administration’s latest order as something that’s just been repackaged.

Melody said two major provisions remain that make it legally dubious: the specificity of the six banned countries and the total shutdown of the U.S.'s refugee program.

The new travel ban does not reference “minority religious groups,” which could be harder for Ferguson and his legal team to challenge as religious discrimination. But Ferguson’s team said they will once again focus heavily on the “intent” of the order, drawing on statements made by Trump and his surrogates on the campaign trail

That legal team will include Solicitor General Noah Purcell.

Washington’s case is no longer the only pending legal battle over the travel ban. Hawaii announced Wednesday that it would seek a temporary restraining order to stop this newest executive order.

How that suit affects Washington’s case remains to be seen.

Meanwhile, Trump’s travel ban is scheduled to go into effect March 16, blocking all travel from Iran, Sudan, Yemen, Somalia, Libya and Syria. When that happens, it could prompt Ferguson’s team to argue Trump is in contempt of court. However, Ferguson did not say what action, if any, he would take.

Ferguson is expected to file an amended complaint early next week.