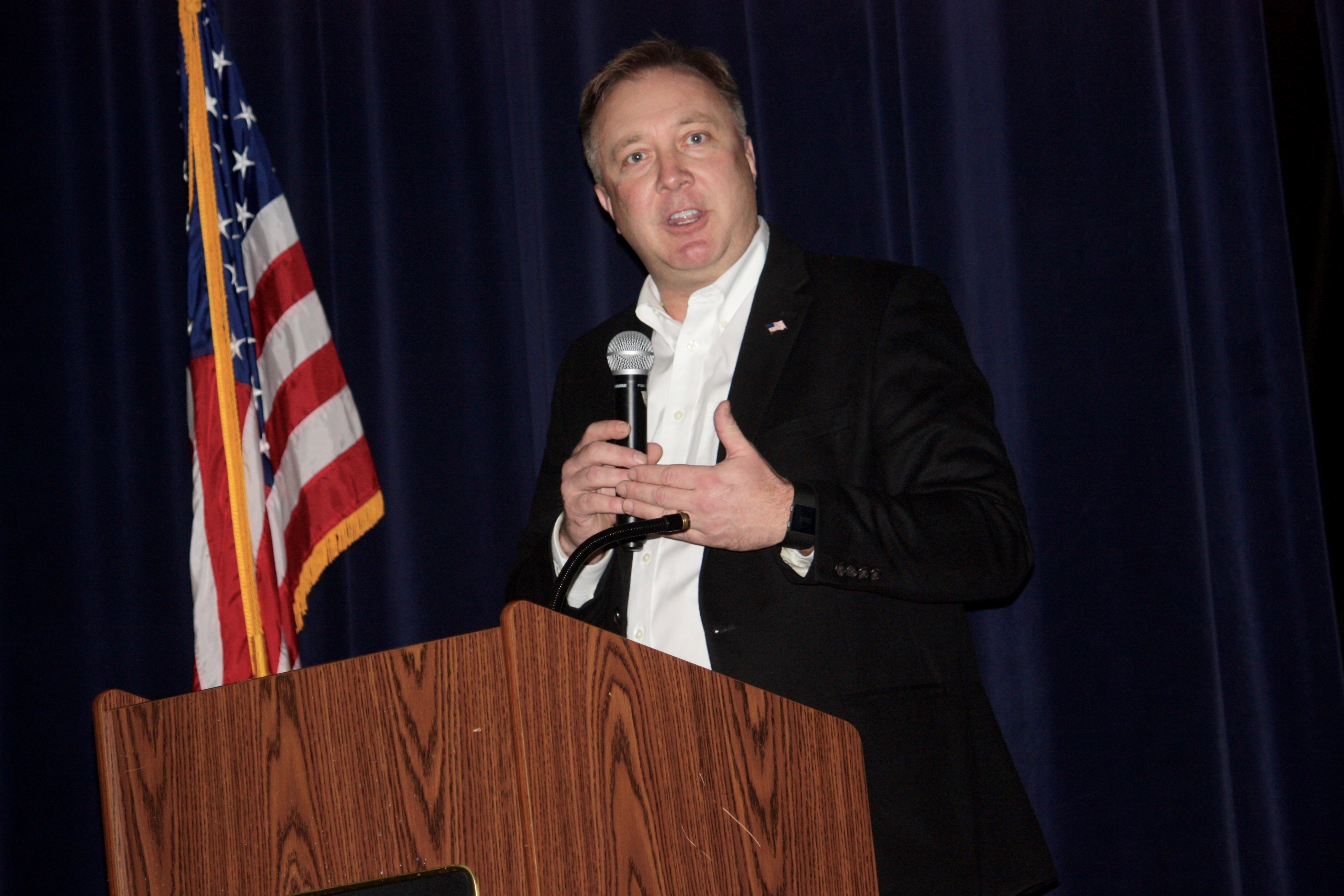 At home in Whatcom County on Saturday, Washington state Sen. Doug Ericksen faced a host of environmental questions, including about his bicoastal role as a legislator in Olympia and a Trump administration official with the EPA in Washington, D.C.

About 650 people packed into the auditorium at Meridian High School just north of Bellingham for a town hall meeting, while an overflow crowd of about 150 hung around outside.

Perhaps a quarter of the crowd in the auditorium seemed to strongly support the Republican, applauding during the event. Roughly a third booed Ericksen at times. The sympathies of the remaining crowd members weren't clear.

In the state Senate, Ericksen has led the opposition to Gov. Jay Inslee’s environmental plans, including a proposal that would have capped carbon emissions. In mid-January, Ericksen took a temporary job as the Environmental Protection Agency’s communications manager during the Trump's administration's transition. The contract, which will last up to 120 days, has already delayed key committee meetings in Olympia and at least one vote, and led to a failed recall effort that a Whatcom Superior Court judge ruled Thursday had insufficient grounds to continue.

“When are you going to resign one of your jobs so you can do justice to your constituents?” one woman asked.

Ericksen replied, “Doing my temporary job is a great thing for my constituents."

After town hall meetings held by Republican members of Congress last month were marred by protests, Erickson set strict ground rules. Those included no signs, no large bags, no drink containers and no umbrellas. Handbags were checked as people entered. A ban on cheering, booing and shouting was continuously ignored.

Fourteen of 29 questions posed at the town hall addressed Ericksen’s dual roles or environmental issues, with the others covering such topics as education, health and telecommunications.

“What’s your plan for keeping our part of the country (ecologically) safe?” a woman asked. Ericksen said both the environment and the economy are being protected, pointing to outdoor tourism in Whatcom County, which includes Bellingham, along with oil refineries, a smelter and the timber industry.

Ericksen replied, “All voices need to be heard."

Some of the town hall questions referred to new EPA Administrator Scott Pruitt, a critic of the agency when he was Oklahoma's attorney general. Pruitt wants to slash the EPA’s budget by 25 percent and its personnel by 20 percent, according to the Associated Press and The Oregonian. According to documents cited in the news reports, federal matching funds for local and state Puget Sound cleanup would be cut from $28 million to $2 million.

“How do you justify working for the EPA when Pruitt and Trump want to demolish the EPA?” a man shouted — to no response.

Constituent Alan Bowen cited a passage in the state constitution that forbids legislators from holding a federal job. Ericksen said he consulted the state Senate’s attorney and an outside attorney, and both told him that a 1936 Washington state Supreme Court ruling allows a state lawmaker to hold a federal job temporarily.

“Can you help us with budget cuts to the Puget Sound cleanup process?” Bowen asked. Ericksen did not reply.

After the town hall, Ericksen declined to comment on the potential cuts, stating that he was at the event as a state senator, not as a federal official. He would say, however, that he expects to stay as the transition communications manager for an indefinite period as Pruitt selects new officials.

Ericksen has indicated he might be interested in becoming administrator for the EPA’s Region 10, which covers Washington, Oregon, Alaska and Idaho.