How NEA dollars let one artist pay it forward 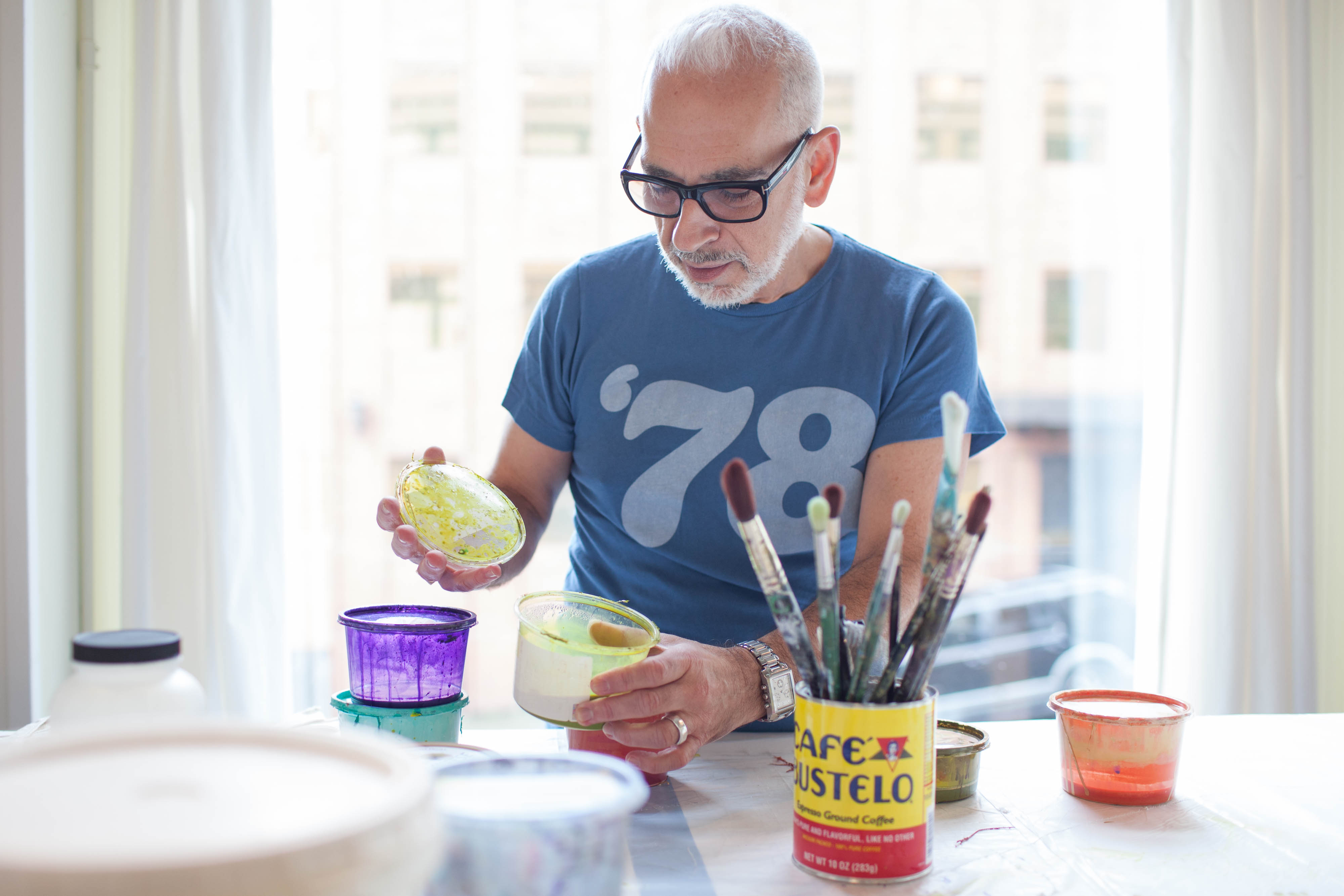 Ask artists about their inspiration or process and you could be a captive audience for some time. But ask about finances and you are likely to be politely shut down.

With the proposal to eliminate funding for the National Endowment for the Arts, maybe we artists need to open up about money and our economic role in the community.

Artists have been told that talk of creativity and finances don’t mix. But the myth of the starving artists who can only make their best work under difficult circumstances has gone on way too long. I have rebelled against that concept since before I even realized art would be my career.

Over the 30-plus years I have made a living as a visual artist, I have made more and arguably better work when I have been able to concentrate on my creativity without having to worry about how to pay my bills. Of course we continue to create no matter the circumstances, but artists generally have the same needs and want the same comforts as anyone else.

President Donald Trump’s budget is just the latest of many political maneuvers, including Reagan administration proposals to slash funding by half, where the arts become the symbolic pawn. It can happen when any sort of governing body feels the need to tighten its belt. Generally, the belt-tightening for the arts would not produce fiscally significant results.

Why are the arts so frequently targeted? Although I’m sure there are multiple reasons, we in the creative fields get so caught up in our own awareness of art’s emotional and unquantifiable benefits that we don’t articulate the financial benefits the general public reaps from them as a business. We are too cautious to say, “BTW, when we do make money, most of that money goes back into our communities.”

I remember a while back writing to a state senator who wanted to do away with the one-half of 1 percent from construction costs allocated to art because ”that money should go to working families in Washington.”  Artists don’t work or have families to feed? There is obviously a disconnect that needs mending.

Like most artists, I have never received a grant directly from the National Endowment for the Arts. I have benefited from creating public works that likely would have never happened without NEA grants made to our state’s arts commission, thanks to a partnership that has lasted almost 50 years. In fiscal year 2016, our state received $790,300 from the NEA. Due to a stipulated 1-on-1 match from the state’s general fund, that money is doubled and, in turn, this partnership becomes a catalyst for leveraging up to another $9 from private and public funds for every NEA dollar.

I am currently working a project funded — with a budget of just under $47,000 (including tax) — by the state arts commission, which receives close to a third of its budget from the NEA. I’d like to give people a clearer picture of the process and expenses.

For several years I have been on the state’s roster of public artists, for which artists must show examples of past works — completed on time and on budget. From there, a committee, from the technical college where the work will go, selected me based on seeing previous works of mine and other artists. Several meetings and site visits are usually required. My process encompasses asking a lot of questions and doing research about the history of the institution and the people it serves, to come up with a strong concept that is both artistic and meaningful to its intended audience. This is done while simultaneously getting bids for fabrication and keeping costs in mind — just in case it is a go.

I’m sure it varies with each artist but I did research for about six weeks before feeling confident about having the right concept to present, which paid off since the committee approved it unanimously the first time around. Sometimes it takes several tries before a final design is accepted.

After receiving several bids, I chose a fabricator who is also an artist with whom I’ve worked and trust to do a great job. He was also able to translate my design for an 11-foot-6-inch stainless steel sculpture into a computer-generated drawing, ready to be programmed onto laser metal-cutting equipment. By this time, even without a fabrication contract, I had already spent half of the $2,500 design portion of my budget that also included multiple stops at copying stores, the post office and Blick Art Supplies. While much of my time is being spent on this project, studio expenses and other commitments also require my attention.

At this writing, with stamped engineer drawings done, proof of insurance submitted and state Labor & Industries applications approved, I am expecting the signed contract from the arts commission to arrive soon, along with a check of about a third of the total contract amount. That check will go right though my books and to the fabricator, so he can purchase materials and begin work.

The company that sells the steel and welding equipment will make a profit, as will the hardware store. The fabricator will hire welders. The computerized laser cutter and the welding, sanding and coating equipment needed to create this work is not cheap and had to be purchased by the fabricator some time ago. I know he has given me the best price possible, and I feel great that this relatively small project will help his and his workers’ families.

I have secured a professional photographer to document the final work and its creation. I will order a plaque from a company to create an identifier. Installation, which will require hiring assistants, is scheduled for early summer. I will pay city business license taxes, state business & occupation taxes and sales taxes.

If all goes as planned, I will make about 15 percent of my total budget, which amounts to roughly $6,300. But there is always the possibility that the cost of materials will increase or something will go wrong; if so, more money will have to come out of my portion.

Making public art is just part of what I do. I feel fortunate that I have been able to be mostly self-employed for about 30 years. Having had steady gallery representation, until recently, has helped solidify my career and reputation. Sales of my work are sometimes steady, sometimes inconsistent. I have learned to budget and created a habit of paying my bills, such as mortgage and studio rent, as far ahead as I possibly can so that I can better coast through leaner times.

The economic growth of the last few years has allowed me to do more volunteer work and serve on the Seattle Arts Commission and on our city’s Public Art Advisory Committee. As money tightens for the arts, so does my community engagement, since I will have to be more focused on making money. Recently, I have opened up my studio for organizations to hold events at no cost and have reserved the front to showcase emerging, unrepresented artists. If I have to give up my space, other people and organizations will also lose out.

If you read books, magazines or newspapers, watch films, dance to live music, go to concerts, attend plays or poetry readings, visit a museum, and, yes, even watch TV, art is affecting your life. And chances are the NEA was partly responsible for making those experiences possible. From the clothes you wear to the video games you play, to the stamp you placed on a letter, an artist was involved. The same way that sports can be an alternative to less desirable activities for young people, so can music, visual art, literature, dance and design.

Perhaps it is time we become more aware of just how much the arts are all around us on a daily basis and also realize how the arts benefit our communities financially.

This article has been updated since it first appeared to clarify references to NEA funding of the state arts commission.

Cuban-born Juan Alonso-Rodríguez is a self-taught artist whose transition from music to visual arts coincided with his move to Seattle in 1982. Since then, his work has been exhibited throughout the US, Canada and Latin America and is included in the permanent collections of museums, public agencies and schools. His awards include a 2010 Seattle Mayor’s Arts Award, The Neddy Fellowship and ArtSpace’s 2016 Dejunius Hughes Award for Activism.