How Western churches built a movement to protect refugees 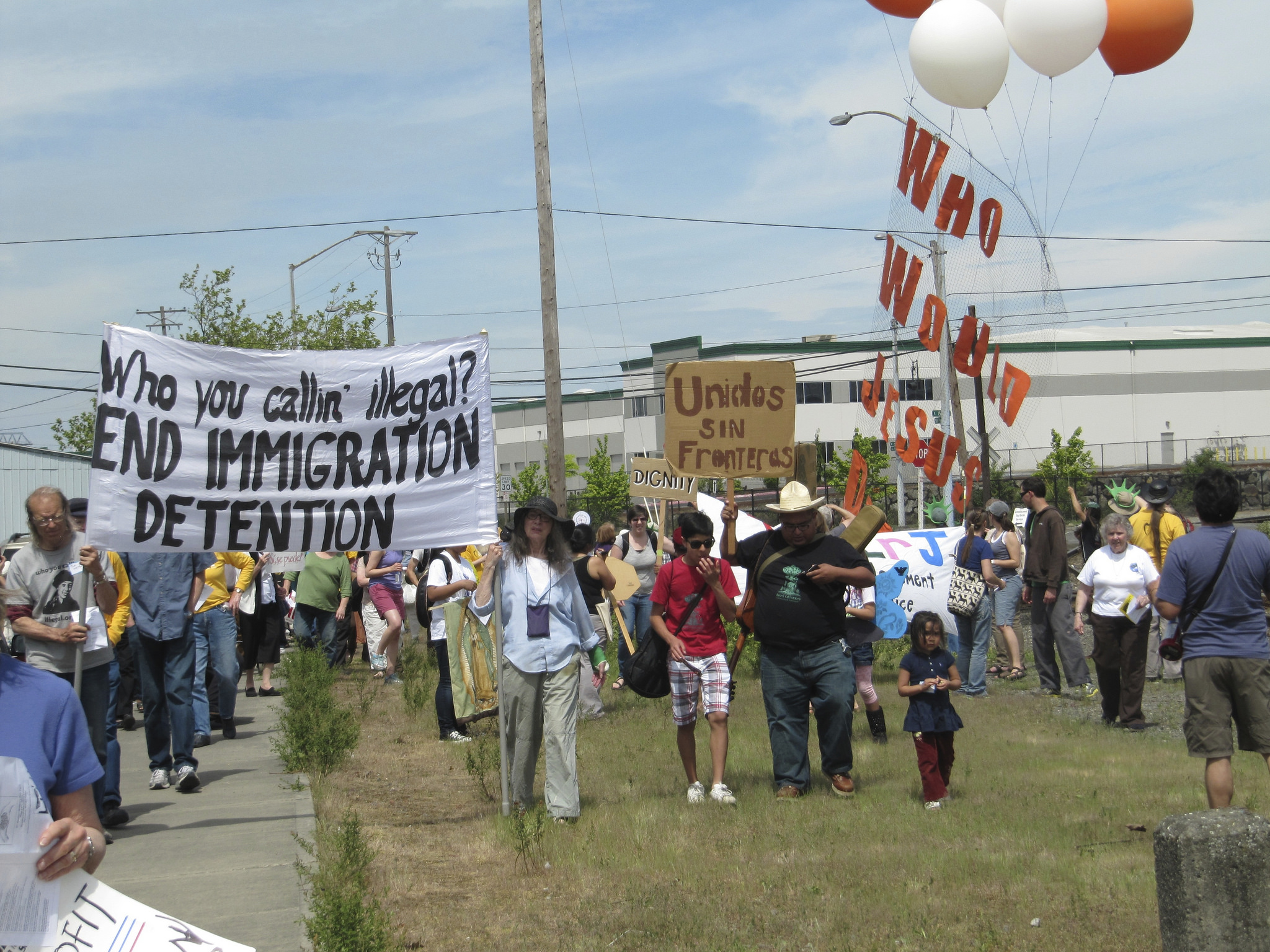 A Backbone Campaign protest outside the Northwest Detention Center in Tacoma.

This story was originally published in High Country News

In 1981, Jim Corbett, a Quaker activist who lived in Tucson, Arizona, learned of a Salvadoran refugee who had been caught by the U.S. Border Patrol. Hoping to help the man fight deportation, he later found him at a crowded detention center, along with hundreds of Central Americans who had fled civil wars in El Salvador and Guatemala.

Appalled at what he saw, Corbett went to a prayer vigil organized by his friend, John Fife, the pastor of Tucson’s Southside Presbyterian Church. Fife, who had begun sponsoring a legal aid program for detained migrants, enlisted Corbett to help. Their joint effort spawned what would become known as the “sanctuary movement,” a network of churches across the country that pledged to openly defy U.S. immigration policies in order to “protect, defend and advocate for” Salvadoran and Guatemalan men, women and children fleeing human rights abuses in their home countries.

Now, in the wake of the Trump administration’s crackdown on undocumented immigrants, religious leaders across the West are resurrecting the almost 40-year-old movement, inspired by their predecessors’ desire to act on the social justice values taught by their faith. More than 800 congregations across denominations have signed a sanctuary pledge promising to provide a safe haven for those threatened with deportation.

Back in the ’80s, Corbett and Fife were responding to what they saw as systematic discrimination against Salvadoran and Guatemalan refugees, in violation of the 1980 Refugee Act. Many had escaped violence sponsored in part by the Reagan administration’s military support for right-wing governments in the region. But instead of being granted protection, Salvadorans and Guatemalans were often sent to detention centers and pressured to “voluntarily return” to their countries of origin. According to federal data, the U.S. government denied 97 percent of Salvadoran political asylum applications and 99 percent of Guatemalan applications between 1980 and 1990.

Corbett grew up on a sheep ranch in Casper, Wyoming, and had a graduate degree in philosophy from Harvard. He was equal parts environmentalist and humanitarian, and the refugee crisis offended his profound sense that all life — human beings, as well as nature — was interconnected. His core motivation, says Fife, was finding the answer to a single question: “How do you protect the basic rights of the land and of people?”

For a while, Corbett and Fife helped the refugees by raising funds for their legal fees, helping them fill out asylum forms and attending court hearings. But when the majority of Central Americans under their care were denied asylum, Corbett told Fife they had no choice but to take more radical action. The pastor agreed: “We’d take in guys who had torture marks, and the judge would order them deported the next day,” Fife recalls.

Drawing inspiration from the 19th century abolitionist movement, when churches helped smuggle slaves north to freedom, Corbett pitched the idea of a new “underground railroad” — a network of churches and safe houses that would help Central American refugees pass safely through Mexico and the U.S., all the way to Canada. Corbett would often escort refugees himself across the border, walking deep into rugged and remote parts of the Sonoran desert. Before each trip, he and Fife would send a letter to the immigration authorities announcing their intentions, but law enforcement agents could never find them.

As the movement grew, not only churches but cities, counties and entire states began offering their own “sanctuary” declarations. New Mexico was the first state to do so in 1986. In a letter to state legislators defending his decision, Gov. Toney Anaya wrote that he was motivated by the desire to “express support for the equal and impartial treatment of Central American refugees.”

Still, the sanctuary movement was not without controversy. For some, it ran afoul of U.S. law, which prohibits harboring “illegal aliens.” In protest to Gov. Anaya’s declaration, state Sen. Les Houston, R-Albuquerque, declared his district a “non-sanctuary zone.” The federal government, meanwhile, had mounted an undercover operation against the movement, using paid informants to attend church services and secretly record meetings between sanctuary workers. In 1985, Corbett, Fife and 10 other members of the Sanctuary Movement were indicted on charges related to transporting and concealing undocumented immigrants. Eight were later convicted of various felonies and sentenced to probation. [In 2011, New Mexico Gov. Susana Martinez issued an executive order to undo the sanctuary state protections, but the state's legislature has been considering new sanctuary bills.]

In recent years, many of the same conditions that sparked the initial sanctuary movement have resurfaced. Gang violence has surged in Guatemala, Honduras, and El Salvador, forcing thousands of people — many of them unaccompanied children — to flee once again to the U.S.-Mexico border and ask for asylum. In the wake of this influx, then-Secretary of Homeland Security Jeh Johnson announced a plan in 2014 to detain and quickly deport Central Americans in an attempt to “send a message” to other asylum seekers and migrants coming to the United States. In response, churches were able to offer a safe haven for immigrants facing deportation, taking advantage of Immigration and Customs Enforcement’s policy directing agents to avoid arresting people in sensitive places.

With the new administration still settling into office, churches are ramping up efforts to resist immigration authorities emboldened by Trump’s far-reaching plan to arrest and deport vast numbers of undocumented immigrants. Last month, Immigration and Custom Enforcement, or ICE, arrested more than 600 people across the country in a string of raids. Among those undocumented immigrants who could now face deportation is Jeanette Vizguerra, a 45-year-old mother from Mexico who has lived and worked in Denver for nearly 20 years. Fearing that she could be whisked onto a plane and separated from her family, Vizguerra took refuge in the basement of Denver’s First Unitarian Church.

In a recent op-ed for the New York Times, she described the painful dilemma she faces: “My three younger children, aged 6, 10 and 12, are all citizens. … My husband is a noncitizen. What would become of them if I was deported?

For Ben Daniel, the senior pastor of the Montclair Presbyterian Church in Oakland, California, Vizguerra’s situation represents an important evolution in the sanctuary movement: It’s not only driven by the increasing numbers of immigrants detained and deported without due process, but by the growing numbers of families separated as a result. “Laws don’t understand the complexity of these situations, but churches do: Maybe the mom is undocumented, but the dad isn’t, and the kids are citizens,” he says. “We don’t want these families torn apart.”

Still, declaring a church a sanctuary has no legal standing: ICE officials have the authority to take people into custody anywhere they want, says David Martin, a leading scholar on immigration who taught for years at the University of Virginia.

But if arrests and deportations continue to increase, Fife predicts that the nation will see a lot more resistance — even if it means breaking the law. In 1984, he led a 50-car caravan of sanctuary workers transporting a Guatemalan family from Tucson to a church in Seattle. The government had recently cracked down on Texas-based sanctuary workers, and the eight-day journey was meant to establish their right to transport and protect refugees.

“That was one of my more anxious moments,” says Fife, recalling this very public act of defiance. He was fully aware of the risks. Although Fife was later arrested alongside other sanctuary workers, their efforts would lead to changes in U.S. refugee policy: In 1990, Congress pushed through a bill finally granting temporary protected status to Central American migrants in need of safe haven.

Now, however, the Trump administration is creating a whole new ballgame. Martin warns, “There’s certainly a risk that they might blow right past those norms.” 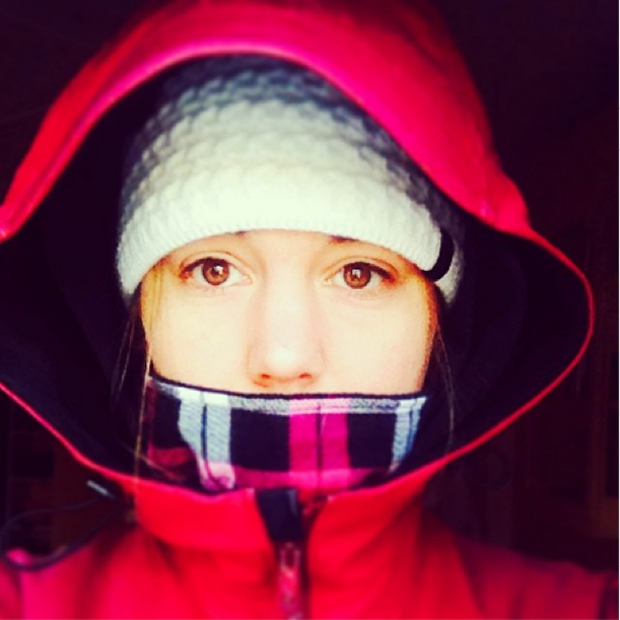 Sarah Tory is a correspondent for HCN. Follow @tory_sarah