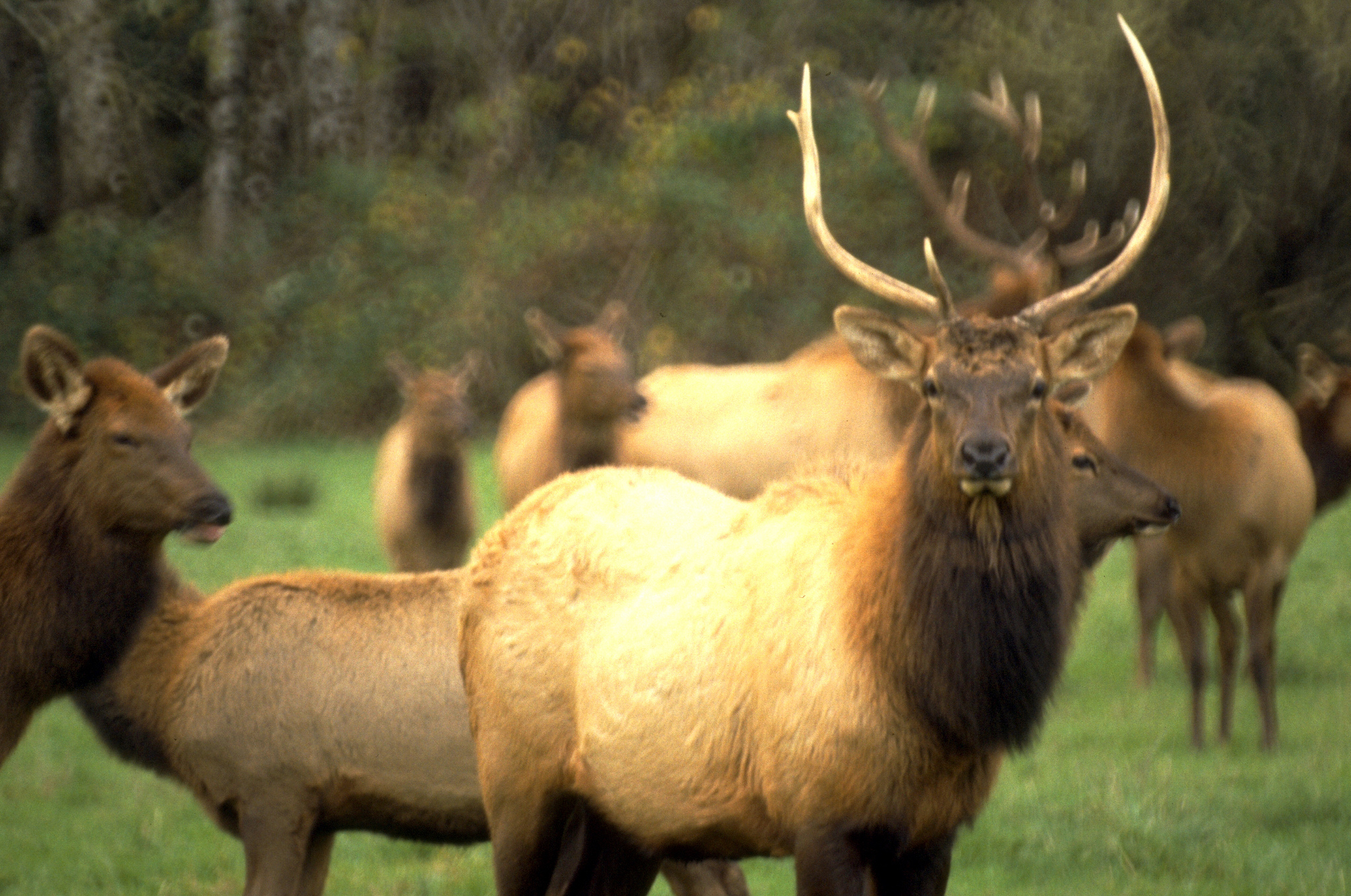 Roosevelt elk on the the Dean Creek Elk Viewing Area in Oregon.

Hunters, fishermen and environmental activists: it’s not often these groups are mentioned in the same breath. But recently they’re finding themselves standing shoulder to shoulder over the issue of public lands.

Despite having an avid hunter in Ryan Zinke leading up the Interior Department, which oversees the Bureau of Land Management and the National Park Service, there’s a sense that calls to sell off or transfer public lands are gaining traction.

Sportsmen and women consider hunting and fishing in these wild places to be their right — one that earlier generations led by President Theodore Roosevelt fought to secure more than a century ago.

Talk long enough with the leadership of sportsmen’s groups and you’ll hear variations on this refrain.

“Those are folks on the landscape that see things and recognize things and have a deep appreciation for wildlife,” says Mark Holyoak, Communications Director of the Rocky Mountain Elk Foundation.

Groups like these often separate what they stand for: conservation with what environmental groups want: preservation. (It is an over-generalization to be sure; many environmental groups advocate for both.) Conservation is about sustainably managing natural resources for human or other use. Preservation is about protecting natural resources from human impact.

Despite the divergence between environmental and sportsmen’s groups, many of the goals are similar, like healthy land and water that support wildlife.

But when it comes to speaking up for these goals, it’s the environmental groups that have most often taken the bullhorn.

Language of the wild

Hunters have been more familiar with different kinds of horns — like the elk call being demonstrated by Dan Kloer at the Jackson County Sportsmen’s Show in southern Oregon.

The owner of Deep Timber Sounds, based near La Grande, Oregon, is an expert on hunting calls — from duck to turkey to the high-pitched bugle he’s belting across the expo center through a reeded pipe resembling a camouflaged garden hose.

“You gotta really understand the language of the elk,” he explains to interested hunters who crowd his booth.

Recently, though, it’s the language of public lands policy that hunters and anglers are looking to master. Even if it isn’t comfortable territory.

This renewed urgency comes as elected officials in the West have pushed state and federal legislation to transfer federal lands to the states. Both Washington (House Bill 1103) and Oregon (House Bill 3444) currently have state legislation introduced aimed at transferring federal land into state control.

Hunting and fishing groups oppose what they see as a land grab by the states.

“We’ve seen too many times across many different states that when states have land, their main purpose for having land is to make money off of it,” Holyoak says. “We can see in Utah and Arizona and Idaho and other places where they’re chopped up in little pieces and sold bit by bit.”

This threat has caught the attention of hunters and fishermen and prompted them to take a metaphorical break from the woods.

Corvallis hunter Matt Dickason still hunts or goes fishing at least eight days every month. Still, he decided to get involved after following the armed occupation of the Malheur National Wildlife Refuge early last year and the growing political dialog around public lands.

“I didn’t realize that there was such a push to sell off federal public land or even transfer it to states,” he says. “Even in the last two months, I’ve been blown away by the amount of bills … at the federal and state level.”

He started following the work of Backcountry Hunters and Anglers and decided to join. The group has seen a 25 percent increase in membership since the election.  Dickason also joined Ducks Unlimited.

Backcountry Hunters and Anglers has worked extensively on the public lands issue. They were among a group of sportsmen’s organizations pressuring and eventually persuading Rep. Jason Chaffetz, R-Utah, to withdraw legislation that would have transferred 3 million acres of federal land to the states.

Angela Haralson also recently joined BHA. The Portland resident taught herself how to hunt in college, wandering the deserts of Nevada. Now she hunts or goes fishing whenever she can, and even plans her vacations around hunting.

“I hunt everything. So for me it’s become just an ingrained part of who I am,” she says.

Haralson looked to Backcountry Hunters & Anglers because of its non-partisan approach.

“They will cross lines and work with what you would maybe typically call the eco-groups,” she says. “And I think they’re doing that in order to affect change.”

In early March, several of Haralson’s fellow group members joined more than 2,000 people, many from from environmental, outdoor recreation and tribal groups,  at a rally supporting public lands in Idaho.

Dickason agrees with this approach.

“I think it’s important enough… as hunters and fishermen and hikers and mushroom pickers, we’re a force to be reckoned with all together,” he says.

Keeping public lands public is that sweet spot where their goals overlap.

Yet, not all hunter groups are game for a Kumbaya moment with environmentalists.

“When you have multiple user groups like this, and we have a sector that is unwilling to compromise but asking others to constantly compromise, you have a very volatile relationship,” Aiello says. “We’re at a point where we no longer want to work and compromise because it just doesn’t work.”

Those same groups as well as other environmental and hunting and fishing groups have been extremely active in opposing the sale.

The sentiment that Aiello expresses feels similar to the voter anger and frustration that helped put Donald Trump in the White House.

It’s expressed in the anti-Obama, anti-wolf, and politically pro-gun T-shirts and decals scattered around the sportsmen show in southern Oregon.

Even within hunting and fishing groups, these deep political divides threaten to stymie the larger purpose.

Elizabeth Higgs is a member of Middle Rogue Steelheaders, a fishing club that does habitat restoration on Oregon’s Rogue River.

And it could be this decision to put the politics aside to focus on preserving public lands that is putting the proverbial bullhorn firmly in the grasps of hunters and fishermen.