In rain and cold, city clears its own homeless encampment 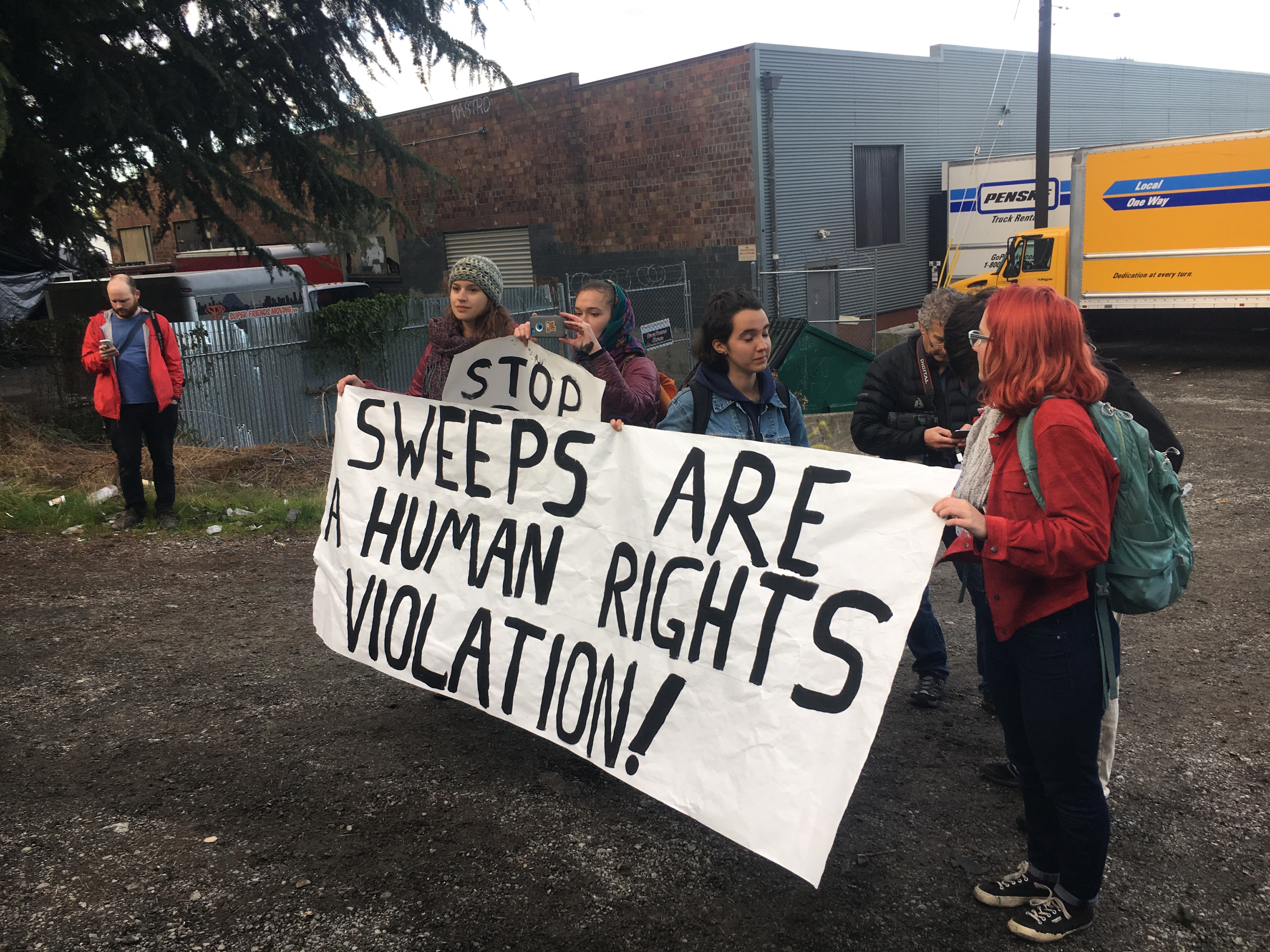 A protest against clearing the Jungle in 2016.

In the cold and wet — the kind of weather that underlines the misery of living on Seattle's streets — officials began to clear the Field, a tent encampment home to as many as 70 people beneath the tangle of overpasses near the Mariners' stadium.

Public health and city officials had condemned the space off Royal Brougham and Airport Way, citing serious crime, including the rape of a minor, and an infestation of rats.

But until the clearing of the camp began Tuesday, several residents of the Field and advocates had hoped for a reprieve. They blame the city itself for letting the conditions get to their current state.

In a letter sent to Seattle City Council this week, a group of residents said their requests for assistance with the conditions had gone largely unanswered. While they admitted encampment wasn't ideal, they requested additional time before the eviction and suggested improvements to the space. They called on the city to provide better lighting, telephones, fire extinguisher and other measures to improve safety. They also asked for measures to improve sanitation, like platforms to set tents off the mud. And, like the Nickelsville encampments in Seattle, they requested the ability to form a self-governed society.

Emptying encampments is commonplace in Seattle. But for opponents of these so-called sweeps, the end of the Field especially stings: It was set up by the city as an overflow space when the state and city shut down the vast encampment known as the Jungle below I-5. While the Field was always designed to be temporary, its closure nevertheless brought to surface long-running tensions between the city and those who want to suspend sweeps until the city can offer a wider suite of services.

By early Tuesday morning, police had surrounded the area, lights flashing at commuters driving by. A small group of protesters lingered across the street. Sophia Lee with the Neighborhood Action Coalition said they’d come to aid in the cleanup and to be sure it was being carried out respectfully. “We’re here to make sure rights are respected and property isn’t trashed,” she said.

But their efforts were largely in vain: Police were not letting anyone but city officials inside. Chris Potter, head of the city’s Department of Finance and Administrative Services, said officials did not want the cleanup process to be marred by protests within the encampment.

Meg Olberding with the city Department of Human Services said that four organizations had conducted outreach in the encampment in the weeks leading up to its closure — REACH, Union Gospel Mission, the Salvation Army and Homes for the Homeless. As people were leaving, she said, the agencies were making offers of shelter, alternate encampments or motel vouchers as people leaved. Everyone desiring a motel voucher or shelter space would receive it, she said.

The debate over how to approach encampments in the city is not really about what’s the best option, but what’s the least-terrible one. The Field is a mess: It’s muddy and, as many have noted, crawling with rats. Two men were charged with rape and sex trafficking of a minor.

One man who had been staying in the encampment, Michael Sutton, told Crosscut that he’d seen a lot of drug dealing. Field resident Tom Kennedy, 52, called the place “disgusting.” Taking partial cover under one roadway, he described watching a batch of muffins disappear as rats stole them from his tent.

Still, as has been well documented, many of Seattle’s unsheltered population prefer encampments to shelter. When asked if he would go to a shelter, Kennedy, who was a fisherman for 13 years before hurting himself on the job, said, “I’m not a shelter guy.” The reasons are logical, including restrictions on pets and partners. But the main reason you’ll hear is how strict the schedules are for many shelters. Even if someone can find a bed, which is not a guarantee, especially in the lower barrier spaces, they’ve got to leave early in the morning.

So Kennedy, holding a garbage bag with his tent, struck a note often heard immediately after a sweep: “I’ll probably just go somewhere else.”

Olberding said it was impossible for the city to tackle the rat infestation without clearing people out. But, she said, even after the area was cleaned, it would not reopen for occupation. Simply, enough city officials have given up on the field.

On Monday, Councilmember Sally Bagshaw called it “not a place for human habitation” Monday and appears to be shifting her tone and patience. “We're offering space to people, and at a certain point, we should expect they take it,” she said.

According to FAS’ Potter, the city expects the clearing to take two or three days. Possessions that were not hazardous would be stored in a SoDo facility. 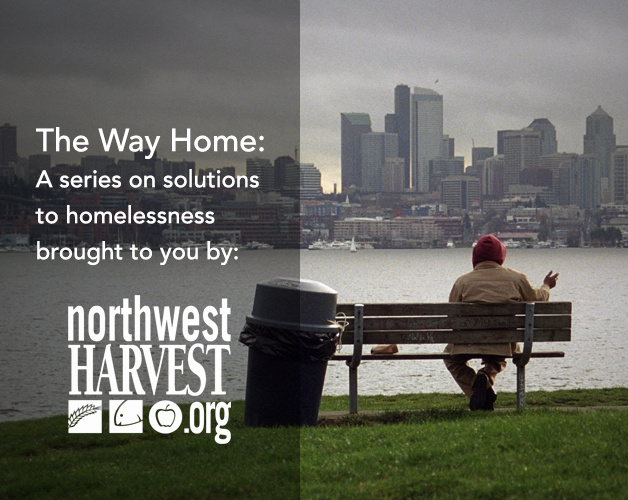