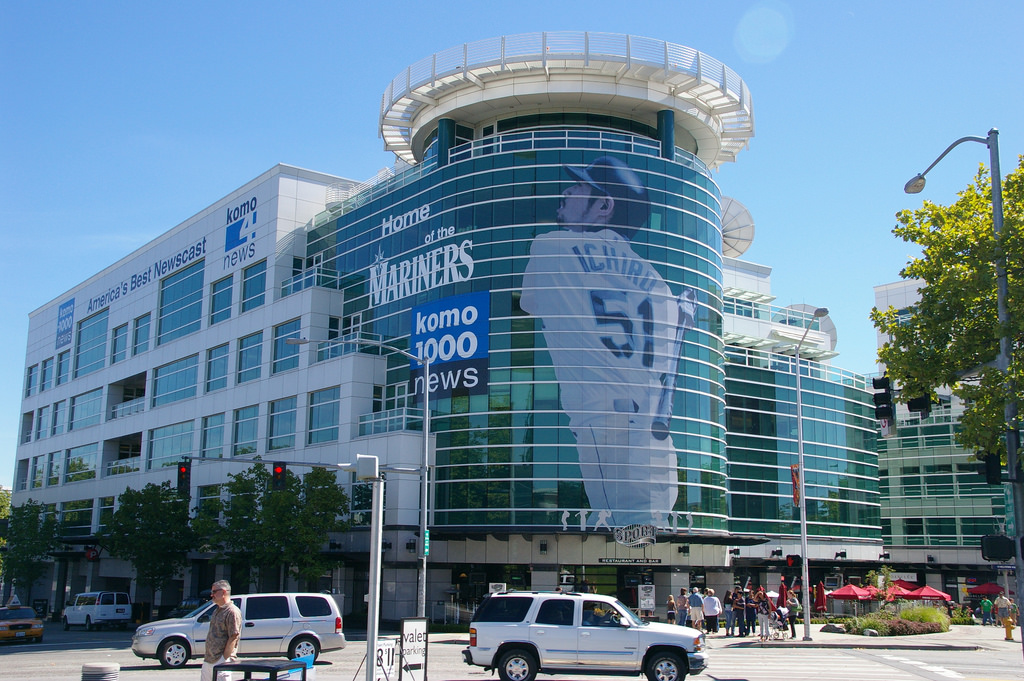 Here's something you don't see every day on local TV news: An attack on mainstream media delivered by someone running the largest TV broadcast company in the country.

At 3:45 p.m. Thursday, Scott Livingston, the Vice President of News with Sinclair Broadcast Group, owner of 154 local news stations across the country, delivered this warning on air on KOMO-TV, one of its subsidiaries:

“I’m sure you know about the troubling trend of irresponsible, one-sided news stories plaguing our country,” he said. “The sharing of biased and false news has become all too common on social media. More alarming, national media outlets are publishing these same fake stories without fact checking first. Unfortunately, some members of the national media are using their platforms to push their own personal bias and agenda to control exactly what people think."

According to two sources connected to the station, the Baltimore-based broadcast company demanded KOMO run the Livingston segment over a 48-hour period. That sent much of the newsroom up in arms, sources said. Sinclair, which purchased KOMO in 2013, is a famously conservative broadcast company and the segment read as an attack on mainstream media outlets such as The New York Times and CNN, echoing language Donald Trump has used.

Last December, Politico reported that Trump’s campaign had struck a deal with the Sinclair corporation for favorable coverage. The Washington Post ran a similar story in December on Sinclair titled, How the nation’s largest owner of TV stations helped Donald Trump’s campaign. In 2014, the Post also reported on its pattern of micromanaging coverage of local stations pushing them towards a more conservative point of view. In 2004, Sinclair stations across the country aired a 45-minute documentary called Stolen Honor, which questioned then-Presidential-candidate John Kerry’s service in Vietnam. The Swift Boat Scandal, as it was later dubbed, likely contributed to Kerry’s loss to George W. Bush.

In 2014, KOMO aired a story that was highly critical of the Seattle Times, produced after a Times op-ed criticized media consolidation and singled out Sinclair.  The story was built almost entirely around the comments of Lee Spiekerman, former Newt Gingrich aide and Fox News media commentator. According to one source, it was a demand from Sinclair to produce the piece.

In January, Sinclair announced a round of layoffs. Ten jobs were cut at KOMO-TV.

Paired with the statement from Livingston was a new addition to the KOMO website: a "content concern" button where viewers can report "bias."

Watch the full statement from Livingston below: