Crosscut at 10: A media experiment and a miracle 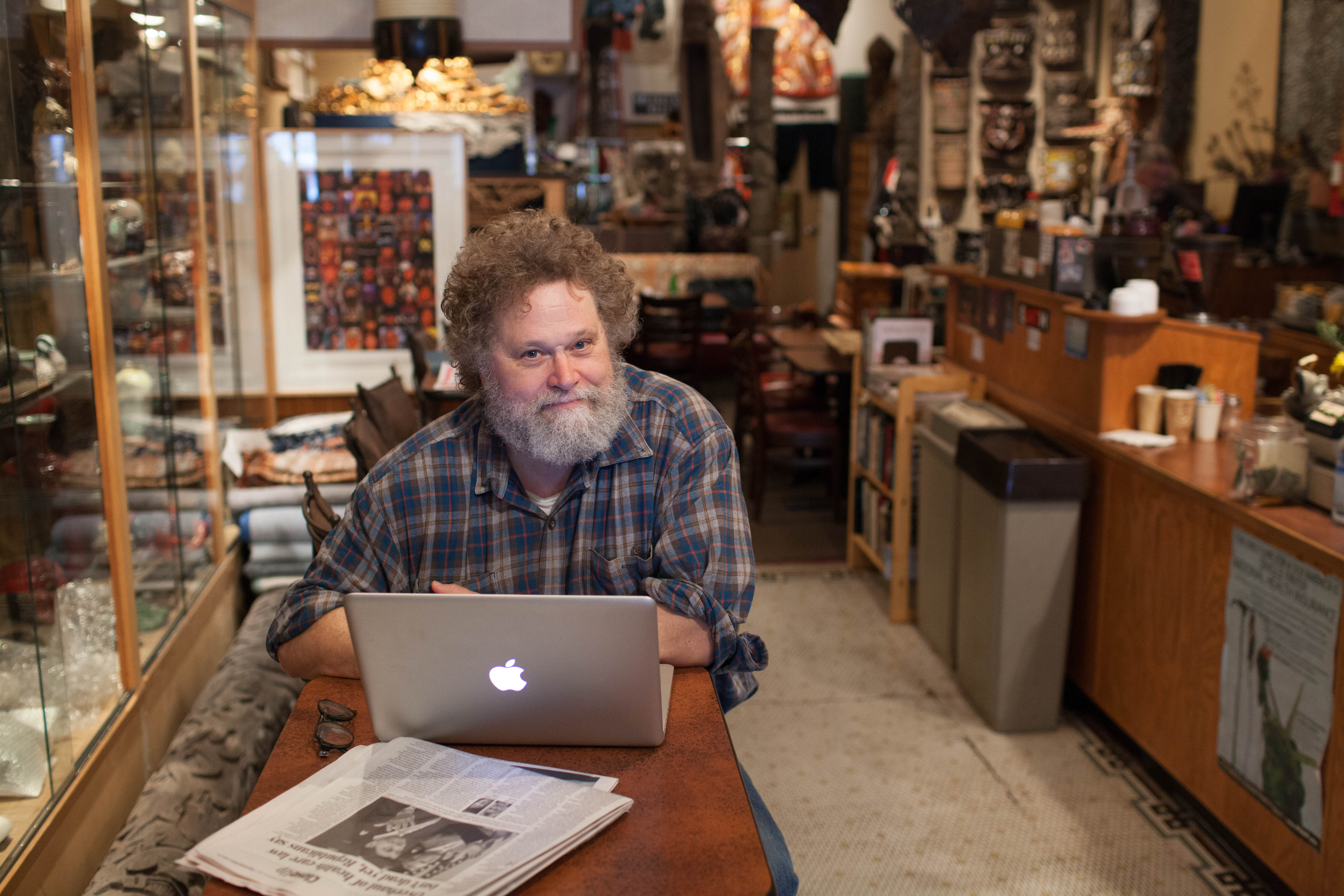 Knute Berger returned this week to one of the Crosscut staff's early haunts, the Ancient Grounds coffee shop on First Avenue.

Ten years ago, on April 1, 2007, Crosscut was born. It was appropriate that we made our entrance on April Fool’s Day: Most startups are high risk, and Crosscut was more foolish than most.

We weren’t a pack of tech-savvy millennials, after all, but mostly older journalists with backgrounds in print and devoted to the written word. Founder David Brewster was no early adopter of the internet. He’s always been a show-me kind of guy and he watched the unfolding of online publications, like Microsoft’s Slate, very carefully to learn what worked and didn’t.

But eventually Brewster saw the value of creating a regional, “online daily newspaper for the Pacific Northwest,” especially as key elements of the old media ecosystem were dying off. And he had an impressive track record, starting local civic institutions such as Sasquatch Books, Seattle Weekly and Town Hall Seattle, so he was able to bring aboard collaborators, and seed-funding.

Crosscut launched as a for-profit enterprise with investors who hoped (maybe) to make a buck, but nothing was guaranteed. I remember reading the original prospectus. It carefully disabused potential investors of optimism. An unedited section mistakenly referred to Crosscut as a “restaurant” because the risk language had been lifted from a document financing one. We had the life expectancy of a pho shop.

It was no surprise, then, that a couple of years in, we found ourselves in the midst of a profitability crisis. But Brewster and the board found a way forward: We went from being a disappointingly unprofitable for-profit to a high-minded and noble nonprofit.

We recruited a board of dedicated backers and donors, solicited members, applied for grants and pursued other funding sources that sustain such ventures. We even produced Crosscut swag for donors. My favorite is a “Bertha” coffee mug — many of the tunnel borer’s birth struggles took place virtually right outside our office’s windows in Pioneer Square. We could relate. Dig 'er up, re-tool, keep going, get somewhere.

Going nonprofit seemed more true to the values of the founders and staff. Chasing advertisers and clicks was just never in our DNA. We weren’t the monetizing, click-bait types. We were writers. Throwing ourselves upon the mercy of an online audience seemed risky, but right.

We might have been codgers (I prefer “veterans”), but we were adaptive, even nomadic. When I joined Crosscut’s brain trust before the launch — I’m the last one standing of the original editorial crew and had two stories on our April 1 debut — our first managing editor, Chuck Taylor, set me up on a MacBook and I became an Uber driver of words. There was no office at that point.

To combat the isolation, we had weekly editorial meetings of freelancer contributors. Brewster had wanted Crosscut to be a clubhouse for writers, and free pizza was often the lure. We also invaded certain establishments. The Third Place Books pub in Ravenna was one gathering spot for beer and conversation.

Another hangout was Ancient Grounds on First Avenue, a coffeehouse/art gallery full of objects d’art located near Hammering Man. We’d meet at a table in the back and everyone was expected to pitch a story idea. The main benefit was camaraderie with writers, most of whom were reinventing themselves after having left more conventional (usually media) jobs.

We writers and contributors had to adapt. Not just to gigging, but to writing for a new medium, receiving instant feedback, measuring success in terms of hits and trolls. Those used to working for traditional media organizations had to learn to do work on their own — no files, no research department, no assistants, no desk, no daily face contact with colleagues.

We learned to turn stories quickly, to work from home or impromptu offices anywhere. We would come to editorial meetings and swap ideas, then vanish into the cityscape to pound out stories on our laptops. Our strength was our ideas, and our openness to perspectives across the political spectrum — even off the spectrum.

We dug into civic issues at every point in our history. Mary Bruno, while editor, guided us through a series on homeless and at-risk youth, and homelessness has remained a big focus. We featured stories about the reshaping of the urban landscape by planners, architects and urbanists. We questioned the conventional wisdom on the waterfront, the tunnel, the 520 bridge, light rail and highways, often with stories written by experts like former WSDOT head Doug MacDonald or UW geographer Dick Morrill.

I began to focus on preservation after igniting a national story about the attempt to save a “Googie” diner in Ballard that became a kind of proxy war over gentrification.

In the process, we were also shaping a new regional medium. One of our mainstay writers was the late Bill Richards, who covered the troubled marriage (and its dissolution) between the Times and the P-I. Crosscut wanted to provide independent coverage of the shifting media scene, but we were also a response to it. Could we be a new kind of daily? Could we fill the growing media gap we perceived? Could we adapt to the internet as a medium for people who would read long-form journalism online?

We were part of a public media flowering that was occurring with digital start-ups all over the country, from Austin to San Diego to Seattle and Minneapolis.

Over the years, we did find ourselves an office, of course — or rather, a series of them. Our first was a backroom in a downtown tower at Madrona Ventures, the legendary tech financers. (Some of their principals were early backers.) Later, we were given temporary shelter on Cedar Street in Belltown, a dumpy place that usually hosted temporary campaign offices. We had to vacate ahead of the wrecking ball when the economy turned and condos rose in its place, and moved to a loft on an upper floor of the historic Globe Building in Pioneer Square after Elliott Bay Books fled to Capitol Hill.

We’ve hopped around town against the backdrop of a changing city. Seattle is restless. Even more so is the media scene.

For all the shifts and improvisation, I’m struck that our first “edition” on April 1, 2007 reveals a consistency of focus that continues to this day. Take a look at our first-day stories and you’ll find pieces on racism, Olympia maneuvering, Seattle Democrats, the future of Boeing, media turmoil and local political interference by a national GOP administration. There’s even a piece imagining a Big Wheel on the waterfront! The city changes, the media changes, people come and go, but there’s something very consistent about the issues. (You can also see our big stories of ’07 here.)

Another constant: Our fantastic audience. One thing I’ve learned after nearly 40 years in Seattle media: The audience is everything. Smart readers, deep divers, people who care as much or more about the city and region as you do, they are the best. When you build a great community of people like this, hang on to them. Find more.

Today, Crosscut is part of a new entity, Cascade Public Media, which includes KCTS 9 public television. We have more stability, more resources, more diversity. We have wonderful media colleagues and a home at Seattle Center, not far from the Space Needle. We’re still focused on writing, but we’re doing more live events, we’re active on social media and venturing into TV.

But we’re still an experiment, 10 years after launch. Media have to be these days. I think that’s the secret to why the Crosscut “restaurant” is still going.