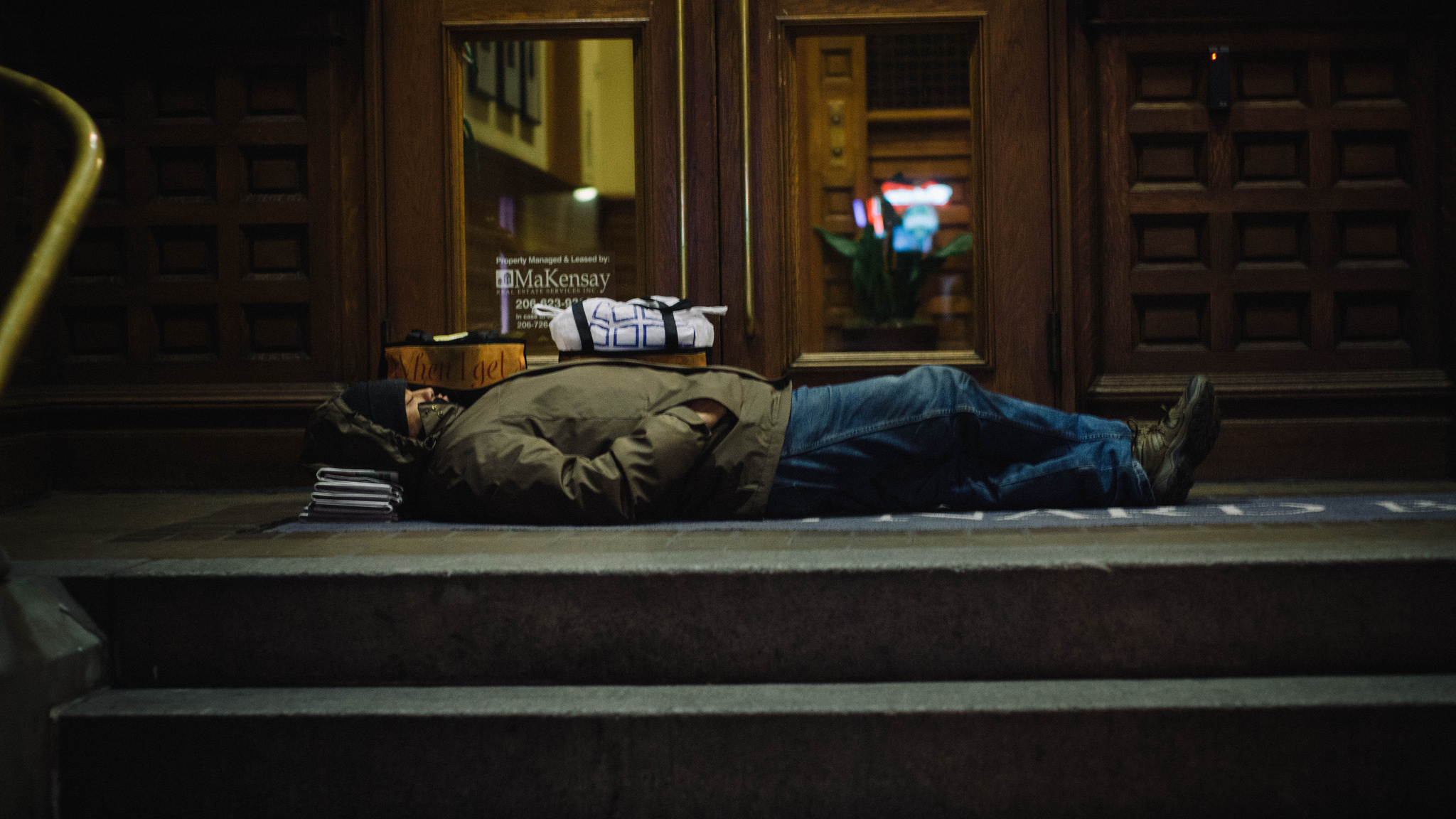 Speaking in the Downtown Emergency Services Center Wednesday, Mayor Ed Murray gave a glimpse into how he and his administration would fight Seattle’s homelessness crisis: spending $275 million over 5 years if voters approve a property tax hike in August.

The pricey proposal aims to reach some ambitious goals: move 5,000 people into permanent housing; provide addiction treatment to an additional 5,000 people; open more 24-hour shelters and add staff to funnel people from the streets into services.

It's Murray's attempt at getting his arms around a ballooning homelessness crisis. At last count, 4,500 people were on Seattle's streets.

The election of Donald Trump all but guaranteed Murray would pull the trigger on the new levy, something he’s hinted at doing since September. Murray had held out hope — or wishful thinking — that the state and federal governments would come in with a boost of money to combat homeless. He acknowledged reality on Wednesday. “I conceded that federal money is not coming,” and that in the coming years “we will probably see less money than we see today,” he said.

Murray has run at least one levy a year, sometimes more, since he’s taken office in 2014. But what has caused critics to scoff is how this time he’s enlisting mega-millionaire entrepreneur Nick Hanauer to bankroll this tax hike campaign. Hanauer would be advocating for a new property tax that, as a resident of the Highlands, he would not be required to pay.

That Murray revealed the plans the same day he attracted his most formidable challenger for Mayor — attorney and activist Nikkita Oliver has entered the race — somehow felt appropriate. Murray acknowledged he and his office have been assailed by people who think he’s too soft on encampments as well as by those who think he’s overly aggressive. Allies of Oliver accuse him of delivering progressive talk without "truly progressive action."

Murray has long pleaded, sometimes emotionally, for people to see “a rational middle way” to solving the homelessness crisis — but it hasn’t stuck. The current political battle centers on convincing Seattleites that there is a roadmap. “People say, ‘Do we have a plan?’” said Councilmember Sally Bagshaw. “We have a plan!”

The name of that plan, unveiled to great fanfare late last summer, is Pathways Home. It calls for a massive rebidding of all contracts the city holds with service providers as well as a recalibration of priorities toward getting people out of the homelessness system. Most dramatically, the plan calls for a massive reinvestment of resources away from so-called transitional housing — subsidized or free housing that comes with an end date — and toward rapid rehousing, which puts people directly into the private market with housing vouchers. The idea is, after a period of 6 to 18 months, the person could support him or herself and would no longer need vouchers. It’s a shift toward a program that has shown promising results nationally, but that many are concerned cannot be scaled to meet the needs of longtime homeless.

Seventy-one percent of the new funding, or $195 million over 5 years, would go toward new housing. About half of that, said city officials, would go toward expanding this voucher system. The other half would go toward what many consider an ideal form of housing — permanently-subsidized and fully-serviced — but it’s also, by far, the most expensive.

No new funding would go toward transitional housing.

Murray and others have consistently tied addiction to the homelessness crisis, specifically the region’s spike in opioid use. Bagshaw has long imagined a system based on San Francisco’s in which drug treatment, shelter and permanent housing are all part of the same flowchart.

While Seattle is already moving toward a Bay Area-like approach with its forthcoming Navigation Center, the additional tax hike money would add more buprenorphine treatment centers — largely considered the most effective medicine to fight opioid addiction.

“The plan that you have in front of you is not a new thing,” said Murray. He’s correct; with the exception of new treatment centers, almost everything that could be funded would merely expand things Seattle already has in place. But that could be the proposal’s biggest weakness: in the public’s mind old has not worked very well.