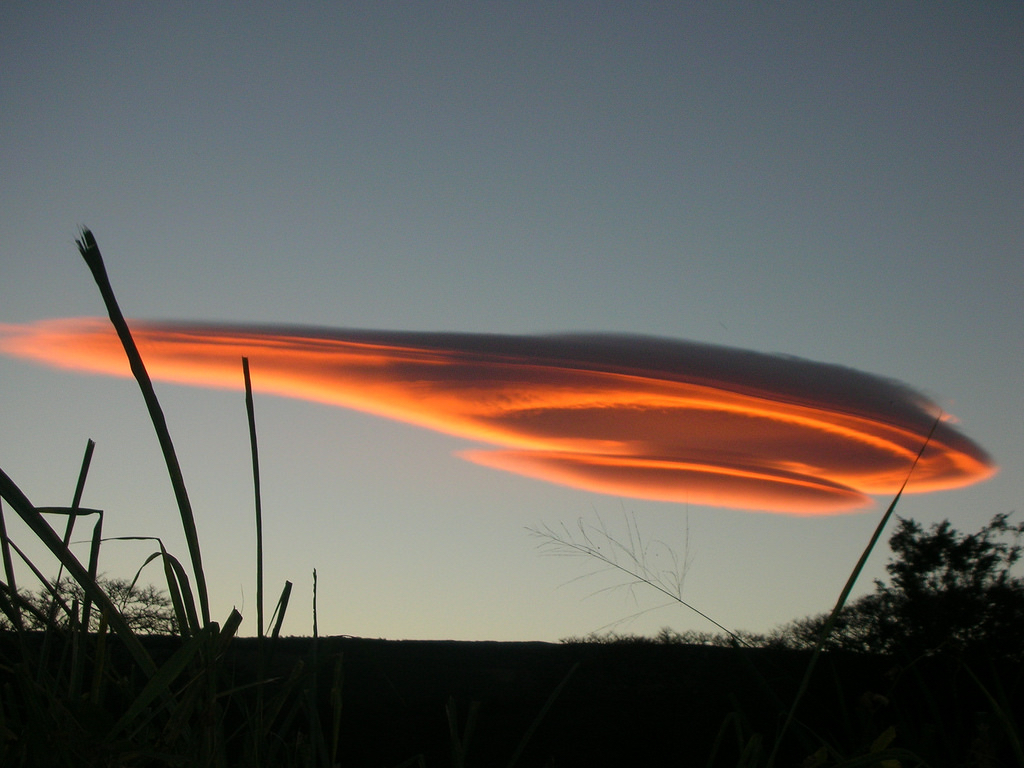 What do you see?

Boeing put Seattle on the map as an aerospace place, but a new generation of local companies is trying to take us into space, including Paul Allen’s Seattle-based Vulcan Aerospace, which is building the world’s largest plane — the Stratolaunch — which can boost satellites into orbit from the air. And there’s Jeff Bezos’ Blue Origin in Kent, devoted to making space readily available to the private sector. Planetary Resources in Redmond is laying ambitious plans to mine the solar system’s asteroids. These and other companies caused the New York Times to wonder if Seattle is becoming the “Silicon Valley of Space Start-ups.”

These ventures are impressive, all rooted in technology and software, and backed by entrepreneurs who have billions of dollars with which to place interplanetary bets. But this year will mark an event from another realm that could be argued to have truly launched the Space Age here. An event made up of mystery, mass hysteria and the Northwest’s penchant for … weirdness.

One June 24, 1947 — 70 years ago this year — an experienced pilot and fire-suppression equipment salesman named Kenneth Arnold was flying near Mount Rainier while headed for Yakima. Not far beyond the community of Mineral, he saw a bright flash; looking north along the Cascades Range, he saw a formation of what he later described as shiny objects zipping along the mountains faster than any known aircraft — each “like a saucer if you skip it across the water,” he said. They came from the direction of Mount Baker and sped by Mount Rainier — he could see them dodge behind a crag, seeming to follow the contours of the land. When he later stopped in Pendleton, Oregon, and told his story to the press, the term “flying saucer” was born, and Arnold’s sighting made headlines around the world.

Suddenly, people were seeing flying saucers everywhere — in Portland, Seattle, Boise. It set off what the National Military Establishment (soon to be renamed the U.S. Defense Department) called “a veritable celestial chain reaction.” From that day on, flying saucers and UFOs were part of mass culture. And while people explained them away — they were experimental military aircraft, weather phenomena, balloons, hallucinations, swamp gas — the sightings proliferated.

The military investigated and denied its involvement. So, what were these objects? Quickly people speculated they were alien spacecraft operated by a superior civilization — or at least, little green men.

A number of key things quickly happened. In July 1947, a couple of weeks after Arnold’s sightings, a saucer was reported to have been “captured” near Roswell, New Mexico. Rumors grew that the alien crew and technology had been recovered. Also that summer was the so-called Maury Island incident, in which two Tacoma men claimed that half a dozen doughnut-shaped saucers flew over Puget Sound and dumped metal debris that killed their dog. The men who reported it soon recanted and swore it was a hoax, but only after they were supposedly visited by a man wearing a black suit who warned them to keep quiet. It is apparently the first appearance of the now legendary “men in black” meme.

Martin L. Shough, a UFO researcher, has said that Arnold’s sighting is in “a unique position of pre-eminence in both the history and the semiotics of saucerdom.” James Randi, a skeptical debunker of the UFO and other paranormal phenomena, has grumped that Arnold “started the UFO craze, which has generated millions of words of fantasy fiction and is still very much with us, like the common cold.”

It is astonishing how much of the symbolism of the Mount Rainier incident flows into science fiction, popular culture and technological innovation. One sign of influence is our own Space Needle, which was designed to look like a flying saucer hovering within sight of Rainier. As I learned researching the Needle’s history, chief architect John Graham exhorted his designers to make the top “flatter, more like a flying saucer … more disky.” The fact that a flying saucer was the symbol of Seattle’s 1962 Space Age fair was no accident.

Why would a flying saucer represent our future? Because if aliens were flying them to visit Earth, those flights reflected an advanced — and real — technology we could aspire to. As our infant efforts to get into space proved — undertaken precisely at the time the Needle was being built — we had the potential to reach the stars just as advanced civilizations were now reaching us.

There’s been much speculation about why the saucer craze took off. Post-WWII technologies that had been secret were being introduced, such as atomic weapons and advanced rocket science. The Cold War generated paranoia and anxiety. Some have theorized that our fear and fascination with UFOs reflected worries about the alienation of living in a high-tech world. In the late 1950s, the psychoanalyst C.G. Jung speculated that “in the threatening situation of the world today, when people are beginning to see that everything is at stake, the projection-creating fantasy soars beyond the realm of earthly organizations and powers into the heavens, into interstellar space, where the rulers of human fate, the gods, once had their abode in the planets….”

The element of mythology is also deep in the rain-soaked psychic and physical landscape of southwest Washington, a corner of the Northwest that has produced odd cultural phenomena. Native Americans spoke of Sasquatch roaming its deep forests — there’s even a law against hunting Bigfoot in Skamania County. New Age spiritualist JZ Knight in Yelm and the ancient entity she channels, Ramtha, have said that a civilization of lizard men live inside Mount Rainier. This region is where skyjacker D.B. Cooper vanished with his loot and skydived into legend.

Flying saucers at Mount Rainier, they fit right in.

The article originally appeared in the February issue of Seattle Magazine.