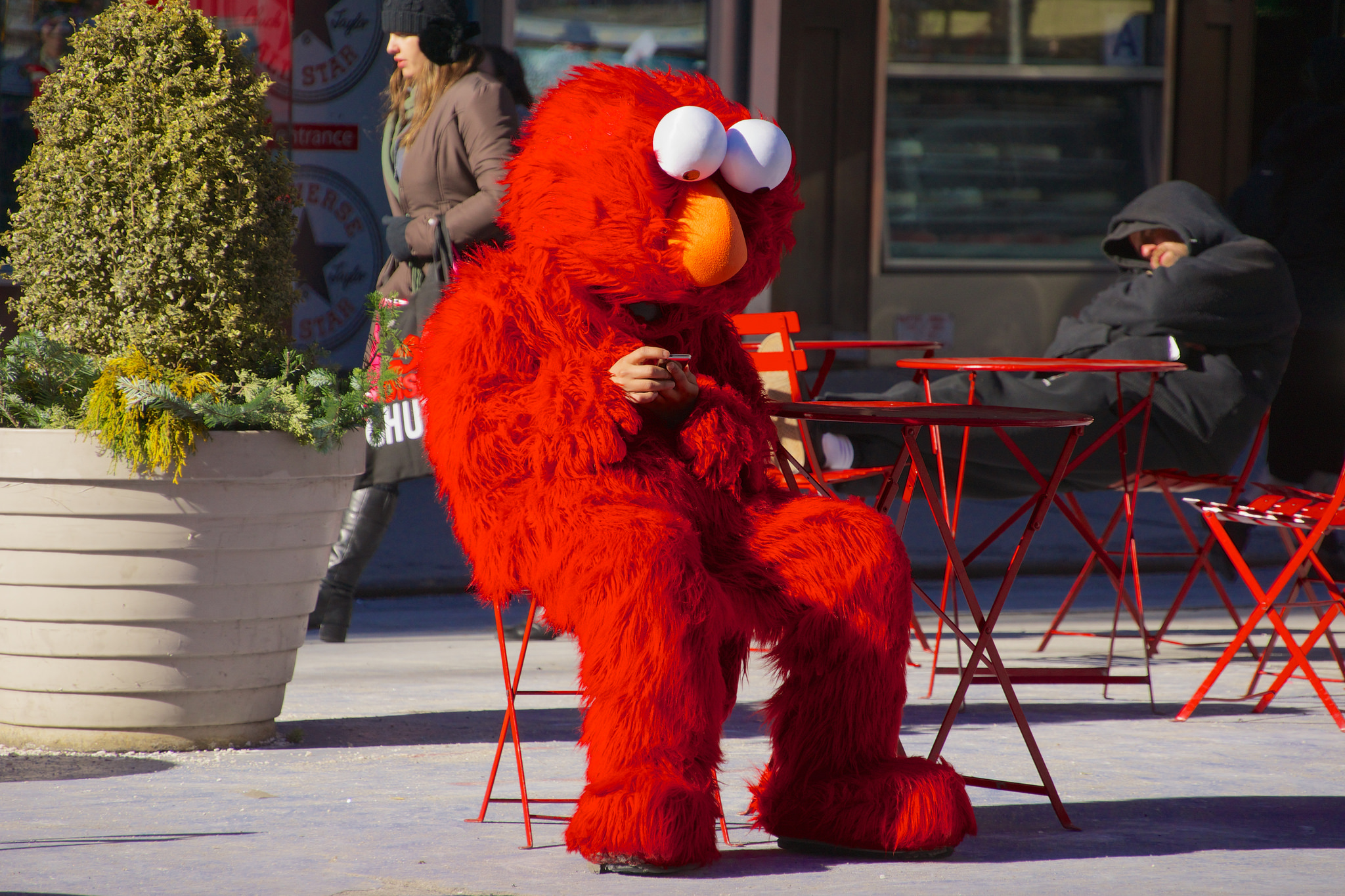 Is Elmo checking his news feed on his cell phone?

The Trump administration plans to eliminate all funding for the Corporation for Public Broadcasting, according to the federal budget that is expected to be released today.

If approved by Congress, the cuts would impact public media outlets throughout the region. As Crosscut has previously reported, Corporation for Public Broadcasting (CPB) funds account for 5 percent of NPR-affiliate KUOW's annual budget and 7 percent of KNKX's (formerly KPLU) budget, according to spokespeople from each. The classical music station KING-FM would see 6 percent of its budget disappear. And Cascade Public Media, the parent company of both Crosscut and KCTS9, would lose 10 percent of its annual funding.

Public radio across the county would see a cut of 11 percent and public television would lose 18 percent, according to a 2010 report from CPB. But the stations in rural areas, the report noted, could be hit the hardest, with as much as 30 percent less in annual funding.

CPB funds are allocated two years in advance, meaning public media companies that receive such money have been funded through 2018.

Public media companies have faced threats of losing CPB funds before. President George W. Bush tried to zero out CPB in every one of his budgets, but Congress reversed course. Already, there are indications that CPB funding has some bipartisan support: In an interview with KCTS in February, Republican U.S. Rep. Dave Reichert pledged to support funding for public media.

"You never know what's going to happen," said Joey Cohn, station manager at KNKX, about the possibility of losing federal funding. "We've been under threat before."

Cohn said NPR has been encouraging stations to keep in close contact with elected officials and with the public about the "good work that public broadcasting has been doing."

Cascade Public Media President Rob Dunlop said in an email, "We are disappointed that President Trump has proposed to eliminate funding for public media. It is our belief that investment in public media leads to a better informed public, and in turn, strengthens communities throughout our region and across the country.  Specifically, we are proud to serve our region through high-quality television content, and as a nonprofit, local journalism organization. Regardless of the political climate, we will remain committed to advancing social and civic engagement, arts and culture, and education and family initiatives.”

Arvid Hokanson, program manager at KUOW, said he's been telling listeners who've been interested "to go to the Protect My Public Media website."

CPB funding accounts for less than one-tenth of 1 percent of the total $4 trillion federal budget.

This story has been updated since it first appeared with a statement from Cascade Public Media's Rob Dunlop.