Want to connect with Seattle? Get journaling 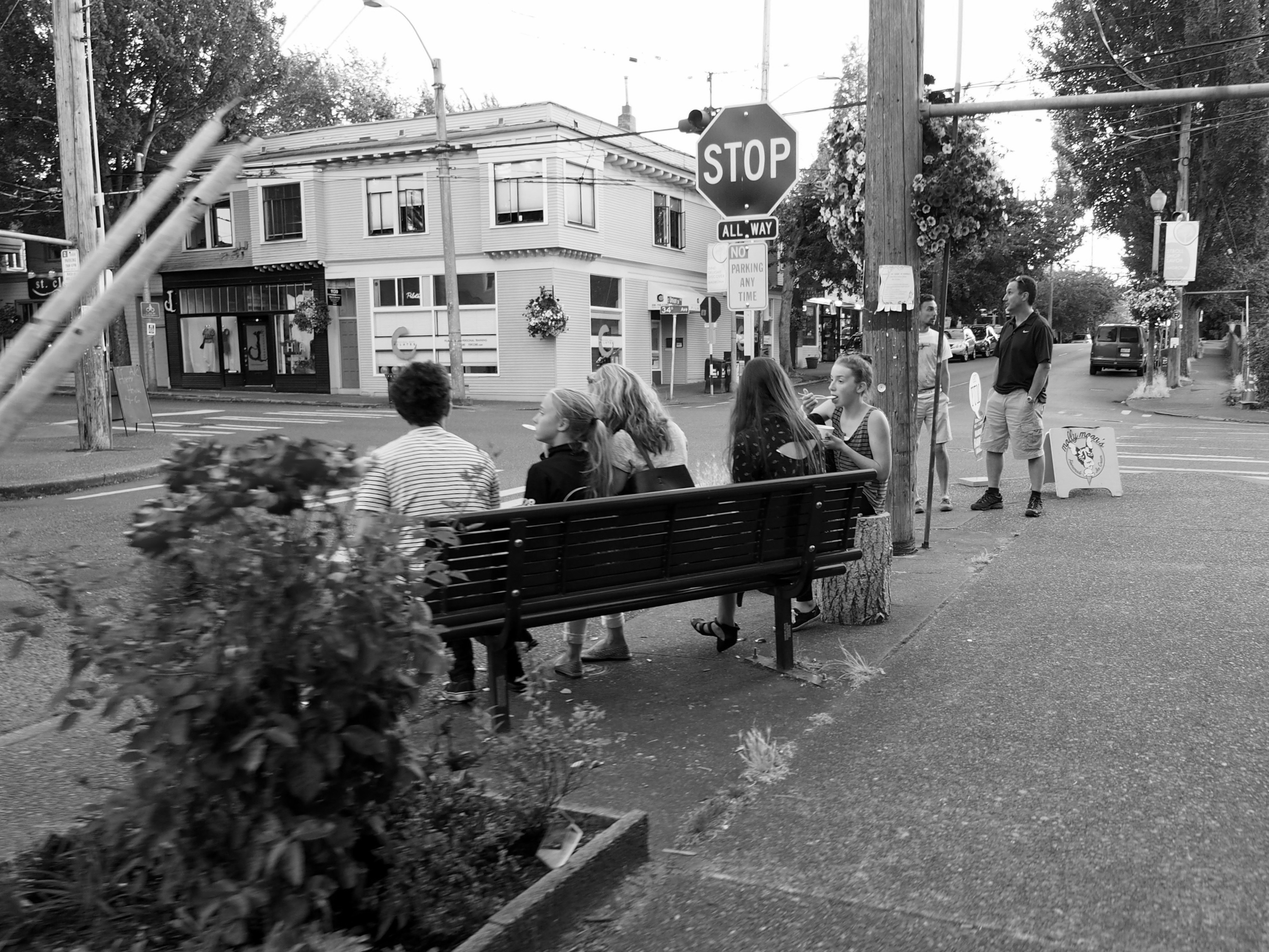 The NE corner of 34th and Union in Seattle's Madrona neighborhood

No one wants a “better city” more than Seattleites. Much of our civic discourse is about how to live up to our ideals, to be the big, progressive, socially just city on the hill for the world to admire. The pioneers came here as both exploiters and idealists — utopians, even — ready to improve on the urban form that had been taking shape from Mesopotamia to Manhattan. If anything is in our civic DNA, it is the drive of commerce and the determination to build not just a better city, but the ideal one: prosperous, just, beautiful.

Tall order, and one around which there is much dispute.

Charles Wolfe, a local land-use lawyer, author and urban observer has a suggestion to help us sort through some of our conflicts. He touts the personal documentation of the city we live in, urging us to create urban “diaries.” This isn’t self-indulgent “journaling” but a thoughtful process of observing and recording a city — what works, where human activities thrive and what evokes our emotional responses.

Wolfe's latest book is “Seeing the Better City” (Island Press, $30), which is described as a “tool kit” for “how to explore, observe, and improve urban space.” Wolfe — who has written for Crosscut and who is a friend — says the answer to a better city doesn’t start with a white board, an attitude or a bushel of land-use ordinances; it begins at the level of human experience and how we train ourselves to see it and understand it.

Wolfe’s main medium is photography, aided by technology — geo-mapping, social media — to record his impressions and observations, which might range from how bikes, trains and pedestrians share space in Nice, France, to a homeless person’s tent with a grand view of Elliott Bay. He has a keen and informed eye; he looks for contrasts, juxtapositions of the human and the built environment. The result is a book of insightful urban observation.

I think the images should have been produced in a larger format book with color throughout. But it still works well as a detailed how-to instruction manual on capturing the essence of place.

It’s also an invitation to let the urban landscape inform you — something he calls “place receiving.”

“Look, Explore, Narrate and Summarize” what you see to make a diary. Pick a route, some patterns on which to focus (children, public spaces, contrasts of new and old). And consider: Are you looking for what works or what doesn’t? Are you letting yourself wander or are you more linear? See what you end up with; does it tell a story? Then, share.

In the book, Wolfe tours us through Madrona, documenting change, densification and the social spaces of the neighborhood’s business district simply by capturing everyday evidence. For example, Adirondack chairs and an angled entryway into a Café Verite make a social space on an otherwise common street corner. A carefully placed park bench offers a view of a central intersection and is a convenient spot for people-watching while consuming Molly Moon’s. The livable city is in such minutiae.

The goal of an urban diary, says Wolfe, isn’t to show beauty. In fact, often the most interesting details of what makes urban spaces work might focus on parked cars, sandwich boards, even garbage collection. Don’t leave out the grit, he suggests. I’m reminded of Victor Steinbrueck’s wonderful “diary” sketches of the Seattle cityscape from the 1960s. When Steinbrueck drew a lovely view of Puget Sound, he did not leave out the telephone wires.

The purpose of the diary isn’t fantasy, but what works in reality.

Why is keeping an urban diary worthwhile? Wolfe argues that it trains us to be better citizens, to care more and understand more about where we live. Therefore, we might be more motivated to attend meetings or offer insights and solutions into the planning process. In the early 1990s, when I was editor of an Eastside-based alternative weekly, my mission was to convince suburbanites they actually lived in a place, not a soulless no-place, so they might care about it more. In Seattle, caring isn’t the problem — it’s understanding what you’re seeing.

Wolfe’s book tells us urban diarists can also be useful to planners and policymakers. An urban diary “walk and talk” workshop in Redmond created diaries of the town’s historic core — and that then informed the planning process. Planners are often steeped in theory, policy and looking at things from 5,000 feet; Wolfe makes a case for citizen involvement and engagement. And suddenly, when we act like a Parisian flaneur, we’re no longer just being self-indulgent; we’re observing, critiquing, inspiring. When we all act like flaneurs, “trickle up” urban planning can result.

As I walk the city, I’m frequently surprised at what a poor or partial observer I am. I walk the streets near my apartment multiple times, and each time I see something new, a bungalow, a garden, a street end I never noticed before. Wolfe trains us to receive the city’s story. He encourages us to feel what writer Jonathan Raban has called the “soft city of illusion, myth, aspiration and nightmare.” We don’t need to travel the world to be an urban diarist. Our own stomping grounds offer an infinite opportunity to feel and observe.