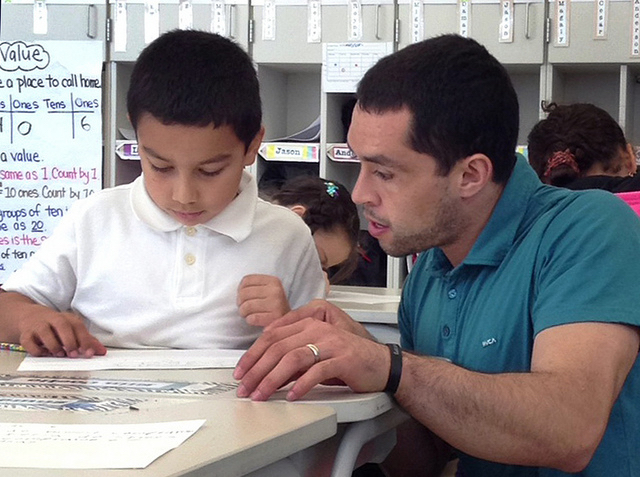 A recent grad working in a classroom as a Teach for America participant.

When I think about how teachers make a difference for students, I consider a fifth grader I taught in Atlanta during my second year in the classroom. I had this student for most of his core classes – but he was pulled out for special education instruction in writing.

I remember this student because he was incredibly bright, but he was everywhere. If I turned my back to write on the board, he’d be out the door. When I’d look for him at his desk, he’d come walking in from the store with a Slurpee. Despite the time I dedicated to building our relationship, he was definitely a challenge.

About two years later when he was in junior high, I was teaching in Seattle Public Schools. My phone rang at 5 a.m. I checked the message and it was my former student’s mother. She said, “I don’t know if you remember me, but you taught my son in the fifth grade. He just exited from special education, and he wanted you to be the first to know.”

This moment was made possible, in part, by AmeriCorps, a program that President Donald Trump’s administration wants to eliminate. Established in the early 1990s, AmeriCorps has allowed thousands of teachers and leaders like me to afford to teach at-risk students in under-resourced schools in Washington state and beyond. In this state, teachers serve in the Federal Way and Tukwila districts near Seattle and in several central Washington school systems.

The president’s budget proposal axes the Corporation for National and Community Service, which funds programs run by AmeriCorps. As a member of AmeriCorps and Teach For America, I was trained to find the potential in all kids while teaching in an urban public school. The program allowed me to have my federal student loans placed in forbearance, and the interest accrued on them paid, for two years. I also earned a nearly $11,000 stipend that I put toward my student loans.

As is the case with the vast majority of Teach For America teachers, this relief positioned me to take a relatively low-paying job in a high-poverty school and ignited my passion for serving students of all backgrounds, including those who share life experiences like my own.

When I was a young child, my father passed away while he was incarcerated, leaving my brother and me to be raised by a single mother with the help of family. We didn’t always have a reliable car, and I nearly failed out of high school before a counselor intervened and set me on a path to college. I earned a bachelor’s degree from Portland State University and a master’s degree from Lewis & Clark College before joining Teach For America in 2006. At $80,000, my higher education debt was twice my starting salary, but AmeriCorps provided some relief and validated my commitment to providing all students an excellent education.

Today, I am in my first year as a dean of students at ClevelandHigh. My main roles is to train teachers and students in a type of mediation – known as restorative justice – that cuts down the suspension and expulsion rates for students of color. AmeriCorps created a path for me to reach this point in my career and to intervene for teenagers the way a guidance counselor once intervened for me.

Our own U.S. Sen. Patty Murray, D-Washington, will play an important role in deciding where Trump’s budget ax falls. She has been a relentless champion for national service funding as well as children from all walks of life. We’re counting on her and her colleagues in Congress to reject cuts to AmeriCorps and to instead strengthen national service programs so that more young people have an opportunity to serve in communities across the country. 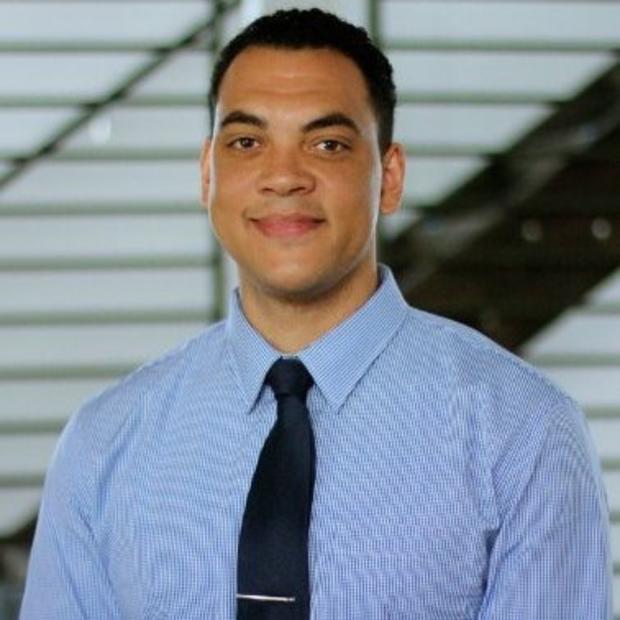 Caine Lowery is a dean at Cleveland High School in Seattle and 2006 alum of Teach For America-Atlanta.