Ed Murray vs. the media 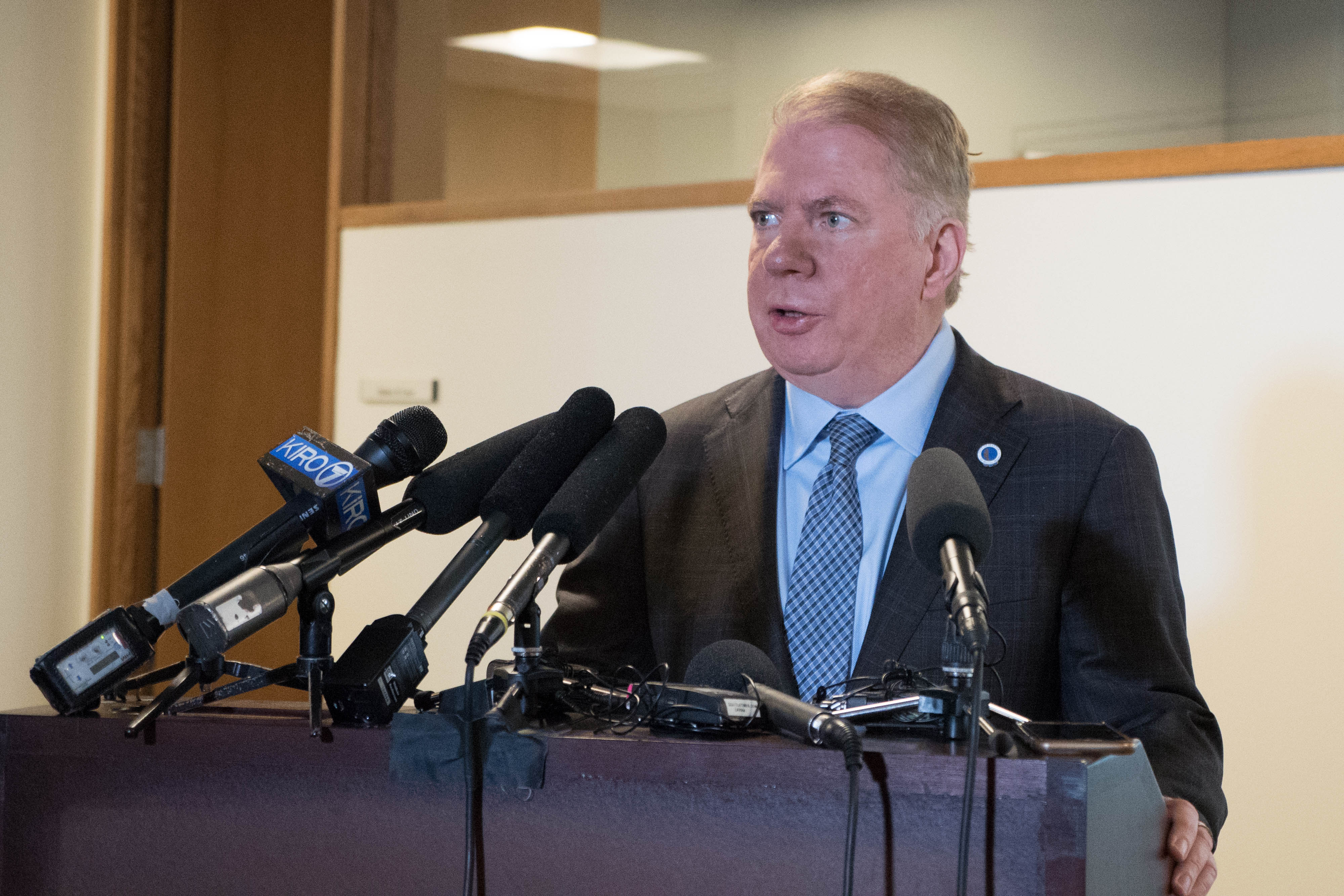 The Seattle Times is picking on me, says Mayor Ed Murray.

In an op-ed in The Stranger on Friday morning, Murray argued that the city’s paper of record unfairly targeted him with a story about a lawsuit alleging that he sexually abused a 15-year-old decades ago.

"I had no opportunity to present the Seattle Times with any information or evidence that might refute the accusation made against me,” he wrote, “or to demonstrate that the story was verifiably false and that i[t] should not, could not be printed."

We can come back to that "no opportunity" baloney in a minute. Isn’t it just a little bit hypocritical for the head of a City Hall that is standing up to the Trump administration's overreach to engage in the kind of press-baiting that has characterized The Donald?

The accusations come at a rather inopportune time for Murray: He is up for re-election this fall, and there is still a little time for opponents to jump into a race that, before this news broke, looked like it would be a cruise to victory. Now, the mayor and his advisers appear to be gearing up to run against The Seattle Times. That's a Trumpian formula, simply narrowed down from the wide-ranging denunciations of the New York Times, Washington Post and CNN.

Thank God we live in a country where lawsuits can be and are regularly reported on, even against temper-challenged billionaires and mayors.

The mayor may very well be innocent of the charges made in the lawsuit filed April 6 by a man so far identified only as "D.H." In the week-plus since then, the mayor, his spokespeople and his attorney, Robert Sulkin, have made some strong points.

They have raised a real question about the claim that there was something distinctive about Murray's anatomy that D.H. supposedly remembers. They have suggested that the timing of the new accusation is fishy, coming a little more than a month before the filing period for running for mayor. In the Stranger op-ed, the mayor notes that the head of a right-wing group called Faith & Freedom ("advancing Judeo Christian values in our culture") says that he personally took similar accusations against Murray (there are, all told, three accusers mentioned in the Times story) to the Times nine years ago.

The mayor has appeared impressively calm in public appearances. So, if you were to score the back-and-forth since the charges broke, the mayor has done reasonably well.

Yet, the mayor is hardly leaving it there. For one thing, he apparently could not restrain himself — surface placidity aside — from writing of one accuser with past run-ins with the law, "I would never suggest that those with criminal histories cannot be victims of abuse,” he wrote. “Rather, his criminal history proves he cannot be trusted."

That's a rather broad statement, as the mayor should know after being criticized for labeling another accuser as "troubled." It's the type of thing that comes so close to discouraging other victims — real victims, if you want to concede the mayor his innocence — that The Stranger editors could properly have asked for a revision, giving the mayor the option of saving his line for an after-midnight Twitter posting.

The mayor's main point in his op-ed, though, isn't just dubious, it's preposterous. The Times done me wrong. This story shouldn't be out there. None of us who live and vote in Seattle — except a few media folks, the mayor and his attorney, and maybe the court officials who did the intake on the lawsuit against the mayor — should even know about this.

As Murray puts it at one point, the whole public spectacle of discussions around the case "all could have been avoided."

To support the idea that the Seattle Times should have kept voters and readers in the dark, Murray notes that the Times, as it reported, had investigated two similar accusations against him almost a decade ago and decided against publishing anything. The Times — and other news organizations, apparently — didn't find enough documentation and corroboration to be convinced that the accusations were true.

There is a big difference between those accusations and the current one: The earlier ones never led to a lawsuit, which is a public document. That would have forced the accusations into the open and led to the kind of public airing of claims and counter-arguments that is occurring now.

This is a campaign to blame the Times for publishing, and Murray and team are together laying the groundwork.

In a perfect world, the original story might have had more of Murray's side. Sulkin has talked about a hurried process, and he might have a point. But Murray's op-ed actually undercuts that: He writes that the Times called him the night before it published. And the story didn't go online until around 3 p.m. the next day.

At least one other news outlet, KOMO TV, knew about the lawsuit as well. Minutes after the Times story went up, reporter Jennifer Sullivan tweeted about hearing of it from the law firm representing D.H. KOMO posted its own story online almost simultaneously; it was obviously in the works before the Times published. There was no way the story was going to be suppressed.

The mayor seems to have some strong ammunition to raise questions about whether there was a coordinated effort between the earlier accusers and the new one. The Times, in fact, tried to explore that for its first story, apparently on its own initiative before it contacted him.

This isn't the 1950s, when supposed gentlemen would — it's said, anyway — work out things themselves: either a resignation if warranted, or maybe a decision just to never publish a salacious story that could only disturb the city. But appealing to the electorate to turn back the clock could be a winning political strategy. Just ask Trump.