What's it like to be undocumented and in the public eye? 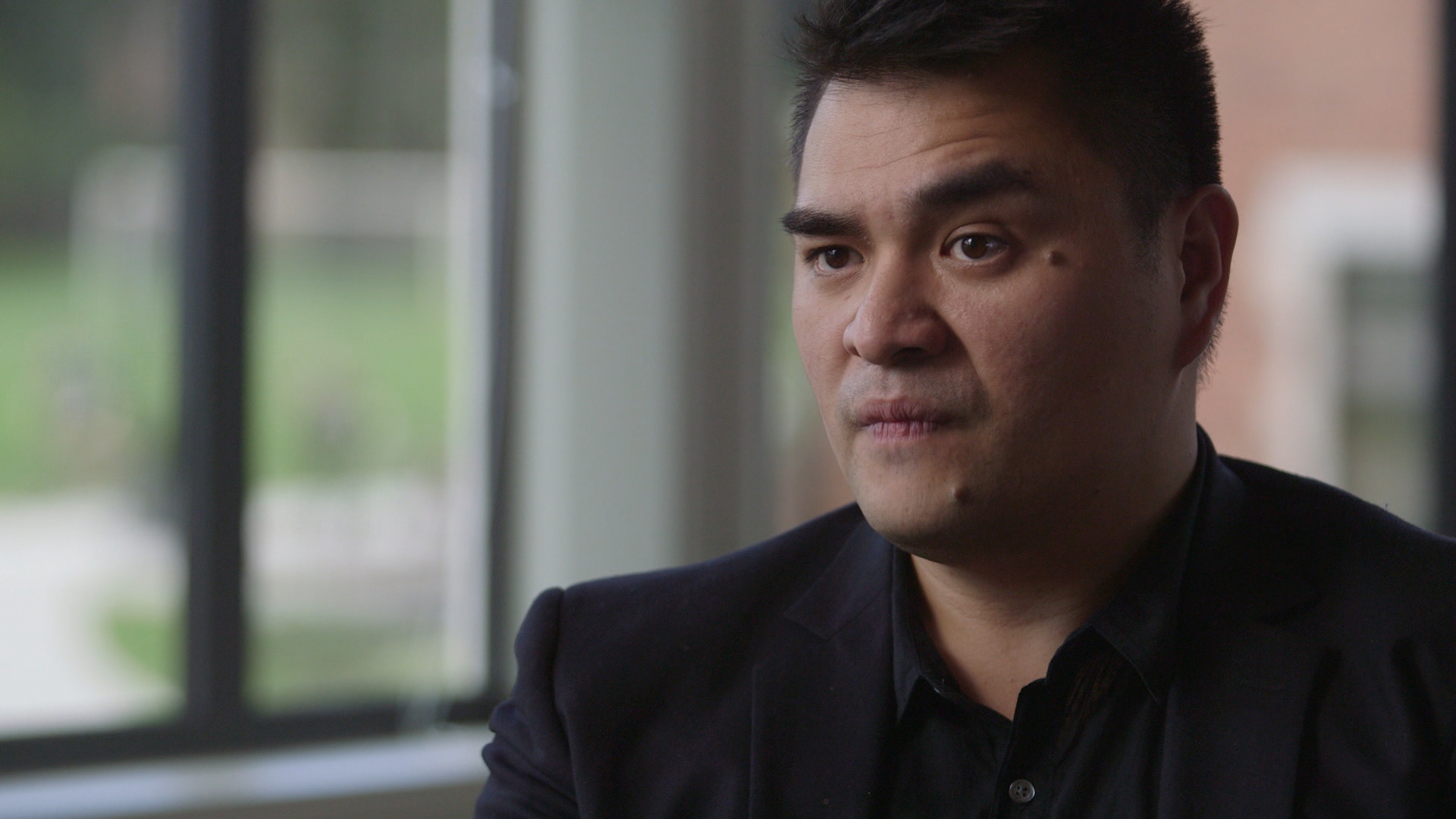 When Jose Antonio Vargas arrived in Tacoma recently for a speaking engagement at the University of Puget Sound, he realized how he was only miles away from the Northwest Detention Center. The privately run prison holds hundreds of undocumented detainees who recently went on a hunger strike protesting conditions at the facility.

“I’ve been detained before,” Vargas says. “It was for only eight hours. This time around, I don’t think I’m going to get out after eight hours.”

These days, Vargas is on the move and on guard. The 36-year-old is the most visible, vocal and well-known undocumented immigrant in the country.

Vargas is a Pulitzer Prize winner, a filmmaker and a founder of Define American, a nonprofit that uses storytelling to address immigration and immigrant issues. His resume, however, does not change the fact that he could be arrested and deported at any time.

In a 2011 New York Times magazine story, Vargas shared his status, revealing how he had been living in the country illegally since the age of 12 when his mother sent him from the Philippines to live with his grandparents in California. He discovered he was undocumented at age 16, living with a secret that he had only shared with a few people.

“I think I’ve been depressed since I found about,” he says. “But, thankfully, the depression led me to fight for existence.”

Under the Obama administration, Vargas did not fear arrest. But that changed with Donald Trump and his executive order cracking down on the undocumented.

Vargas’ prominence allows him to have attorneys on call in case he’s arrested. But despite his lawyers’ concerns about being so public, he has not stopped speaking out.

The following is an edited and condensed version of our conversation. To watch the full interview with Vargas go here.

Q: What is your status now?

A: I am here without authorization, here illegally. I’m not one of the 800,000 young people in their 20s and early 30s who have DACA, the Deferred Action for Childhood Arrivals program, the DREAMers. I don’t have protection in that way.

Q: Are you scared?

A: I think I’d be lying if I didn’t say that I was and that I am. I actually think that’s one of the things that we don’t really discuss is the mental health and the toll that it takes on people.

Q: These are uncertain times, even more so with the Trump administration crackdown.

A: The most anti-immigrant administration we’ve ever seen.

Q: And not just going after the bad hombres.

A: Good or bad. But let’s remember what we’re seeing started with Bill Clinton criminalizing immigrants back in the mid-‘90s. Bush continued it, although George W. Bush was on the right side of history on this, he tried to pass immigration reform. Barack Obama tried but Congress was never going to play ball. But Barack Obama: three million deportations, right? So Trump in many ways arrived at a moment where the foundation had been set for him to do exactly what he’s doing.

Q: What is your plan then, if you were arrested and detained?

A: Well, (laughs), the plan is to call my lawyer right away.  Calm my family down and tell them it’s going to be okay.

Q: What do you say to those people who say, You’re an illegal alien. You do not belong here?

Q: The first thing I tell people is to be [sic] in this country illegally is actually a civil offense and not a criminal one. I’m here illegally but I, as a person, am not illegal. It’s not an accident that President Trump and people who support him use that term: illegal criminals.

The second thing [I say] is, I would love to have a process to correct this. If there was a line for me to wait in the back of, please tell me where it is and I’ll camp out. I don’t care how long it takes.

It’s been incredibly frustrating how we in the news media have bought the framing and the narrative that has been sold to us about these illegal people. That they’re criminals. They don’t contribute to the economy. The fastest growing undocumented population is Asian immigrants, not Latinos and not Mexicans.

We’re not asking harder questions: Why are people coming? What are the root causes of migration? What does U.S. foreign policy and U.S. trade agreements…what have been their impact on why people move?

Q: You were a guest of House Minority Leader Nancy Pelosi at the President’s address to Congress.

A: Her invitation was a real turning point.

A: My first instinct was No, I can’t go. My lawyers were like, Oh no, are you kidding me? I was reading John Lewis’s book. I met him personally, four years ago and he goes, It looks like you got yourself in some good necessary trouble. So I was re-reading his memoir, and then I’m like, I think John Lewis would be embarrassed to know me if I didn’t show up. I wrote an essay in The Washington Post that was published an hour before I got there because there was some fear that if we had announced early that I would be showing arrested at the Capitol.

Q: What do you think of Seattle’s decision to sue on Trump’s crackdown on sanctuary cities?

A: A sanctuary city is a city in which all residents feel like they can go to law enforcement when they see a robbery happen or they see something happen in their own neighborhood. They should feel safe to go to a cop. But now immigrants don’t want to report that because they’re afraid that the cop might actually detain them and arrest them, right?

For me, a sanctuary city is a city that really values the protection of all of its residents. Now Attorney General Jeff Sessions, one of the strictest states’ rights senators in the history of the country, says the federal government is going to define what the City of Seattle and Washington as a state can do. Now you’re going to ask cops to do the job that immigration officials are supposed to do? For me, it’s how do we want to protect our communities, and when we say community, who’s included in that community?

Q: What would you say to other undocumented immigrants about how to cope?

A: You have to make the choices that are best for you. I had a woman email me, apologizing because she’s decided to self-deport. I said, Please don’t apologize. I’m not going to judge you. Because to me, giving people agency, giving people choices, is what freedom can look like even in the darkest, confusing times that we live in.