Lawyers to city: Hands off vehicles used as homes 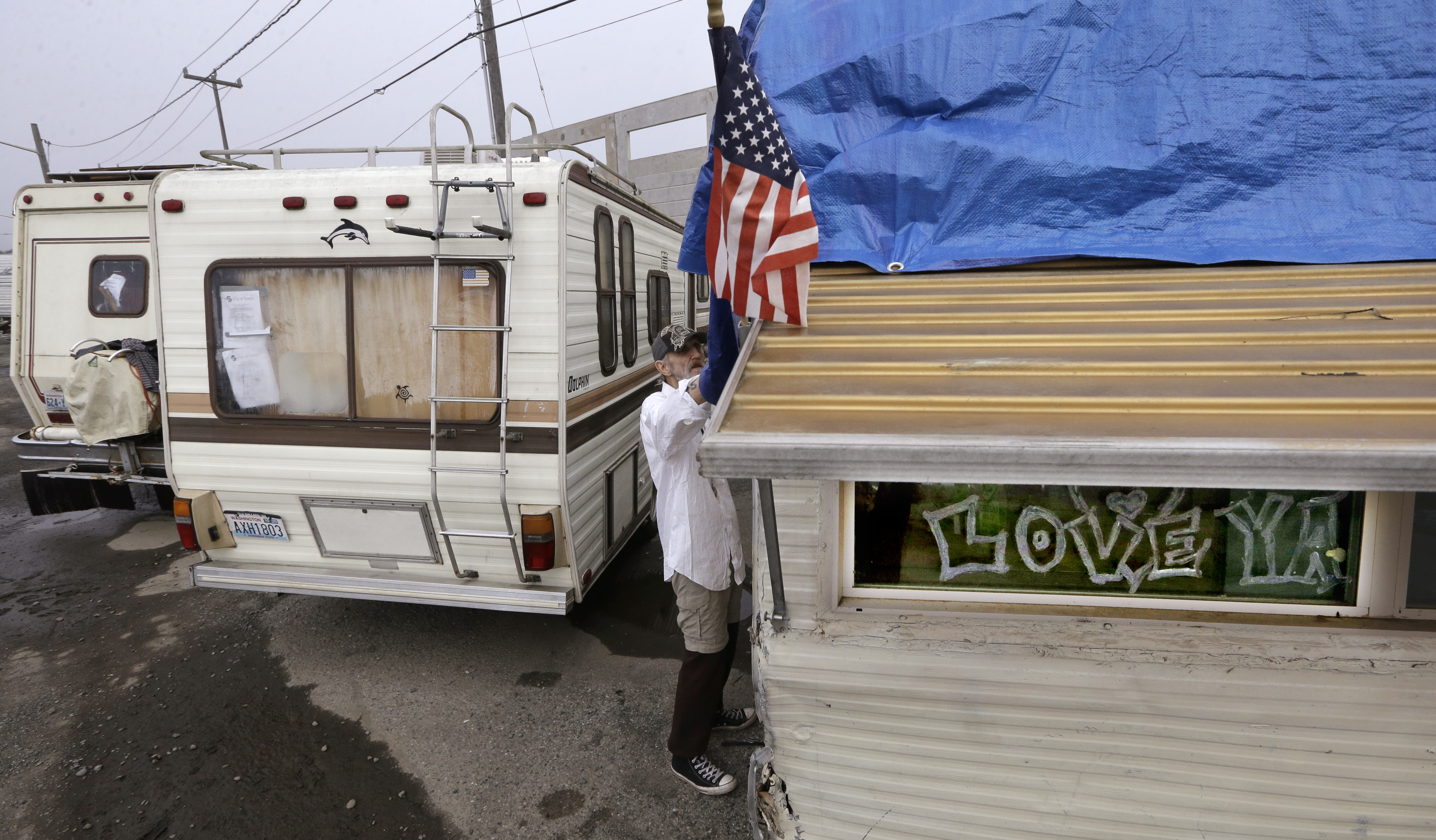 Vehicles in a temporary city-approved area for people living in their vehicles in February 2016. Many people also live in unapproved spots.

In a case that could provide new legal protections for people living in vehicles, a Seattle man is challenging the city’s decision to impound the truck in which he had been staying.

After 57-year-old Steven Long’s truck began acting up last summer, he eventually parked it on city-owned property close to I-5 and near Dearborn Street south of the International District. He lived there uneventfully for three months, until police investigating a nearby incident happened to talk to him.

When Long returned after a late-night janitorial shift at CenturyLink Field some days later, he found his vehicle was gone, and all that remained were some tarps and a few scattered personal items.

His attorneys with Columbia Legal Services are seeking to have a parking citation against Long dismissed, have all his towing fees and other payments returned, and establish that the city shouldn’t have towed the vehicle in which he was living.

According to a motion filed by Columbia Legal Services, Long spent several hours that mid-October night in the wind and rain trying to secure a tarp in place as shelter. Around 3 a.m., Long gave up, and managed to sleep soaking wet in a chair at a nearby shelter, reportedly getting the flu for a week.

During the 2016 One Night Count, 914 people were spotted living in a car or truck in the city of Seattle. A total of 1,608 were counted in vehicles in King County as a whole. This year’s count results haven’t been released yet, but the numbers are expected to rise.

Homeless residents’ vehicles are sometimes parked in unpermitted areas for extensive periods of time and subsequently impounded. When this happens, according to advocates and the homeless, the people often shift from car to street, leaving them more vulnerable to the outside elements, with less personal safety and without a place to store their belongings.

According to the King County Medical Examiner’s Office, 91 people presumed to be homeless died in the county in 2016. Five of them died of hypothermia.

A motion against the city claims that “deliberate indifference to the danger of exposing Long to the elements has subjected Long to serious harm. … By disregarding this known consequence and impounding Long’s truck regardless, the City violated Long’s substantive due process right in his own bodily security.”

In Seattle, if a vehicle is reported improperly parked and not moved within 72 hours, it is standard protocol to tow. Assistant City Attorney Michael Ryan said during a hearing on Thursday that Long was aware of the impending tow because a warning sticker had been posted on his truck. In fact, Ryan said, the police officer who gave Long the warning even provided him a few additional days to move his vehicle.

Ryan added that if Long had moved his vehicle just one city block, he could have prevented the towing altogether. Long says his vehicle was so out of shape that driving it any further might have increased the damage, and he feared it would break down on a street.

State laws mandate that any towed vehicle be put up for auction within 15 days. Initially, the tow company requested Long pay more than $500 in fees before they would return it, money which Long did not have. But after agreeing to a $50 a month payment plan, Long eventually got the vehicle back.

The city has since waived the original $44 parking ticket and a magistrate has agreed to waive a large portion of the tow fees, leaving a few hundred dollars for Long to pay off.

Long’s motion claims that the city’s intentions to auction his vehicle violate a homestead exemption law, whose intended purpose is to ensure each family or individual is sheltered, even during financial strife. Under this exemption, a homestead cannot be sold. Long’s attorneys suggest the term “homestead” be viewed liberally, and extended to non-traditional homes like vehicles, boats and even tents.

Considering the number of people living in vehicles in the city, Jim Lobsenz, an attorney from Carney, Badley, Spellman who is co-counsel for Long with Columbia Legal Services, said that “anyone who is homeless and living in their car in Seattle” will benefit if the judge rules in Long’s favor.

Columbia says that the towing caused Long considerable practical problems, including in his efforts to save enough money to get back into housing. Long kept his various work tools in his truck — used in some of the jobs he works — as well as a winter jacket, sleeping bag, air mattress, laptop, bus money, food and cooking utensils. His vehicle was held for 22 days, a period during which Long had, at best, limited access to these items. And legal papers say he has now parked his truck at a friend’s property in south Snohomish County, continuing the difficulties with getting tools and forcing him to turn down some work.

Attorney Yurij Rudensky from Columbia Legal Services said the case should be viewed in the greater context of the thousands of homeless individuals in Seattle, and the percentage that die from exposure to the elements.

“He was sick immediately after the deprivation of his truck,” Rudensky said, “and we thought it’s important for the court to understand that this isn’t just the inconvenience that someone who is housed may encounter by being deprived of their vehicle; this is a home, and everything that flows from that.

At the hearing Municipal Court Judge Karen Donohue said she will provide a ruling within about a month. It’s likely that her ruling will be appealed, whichever way it goes.