Why science is so white, and why it needs to change 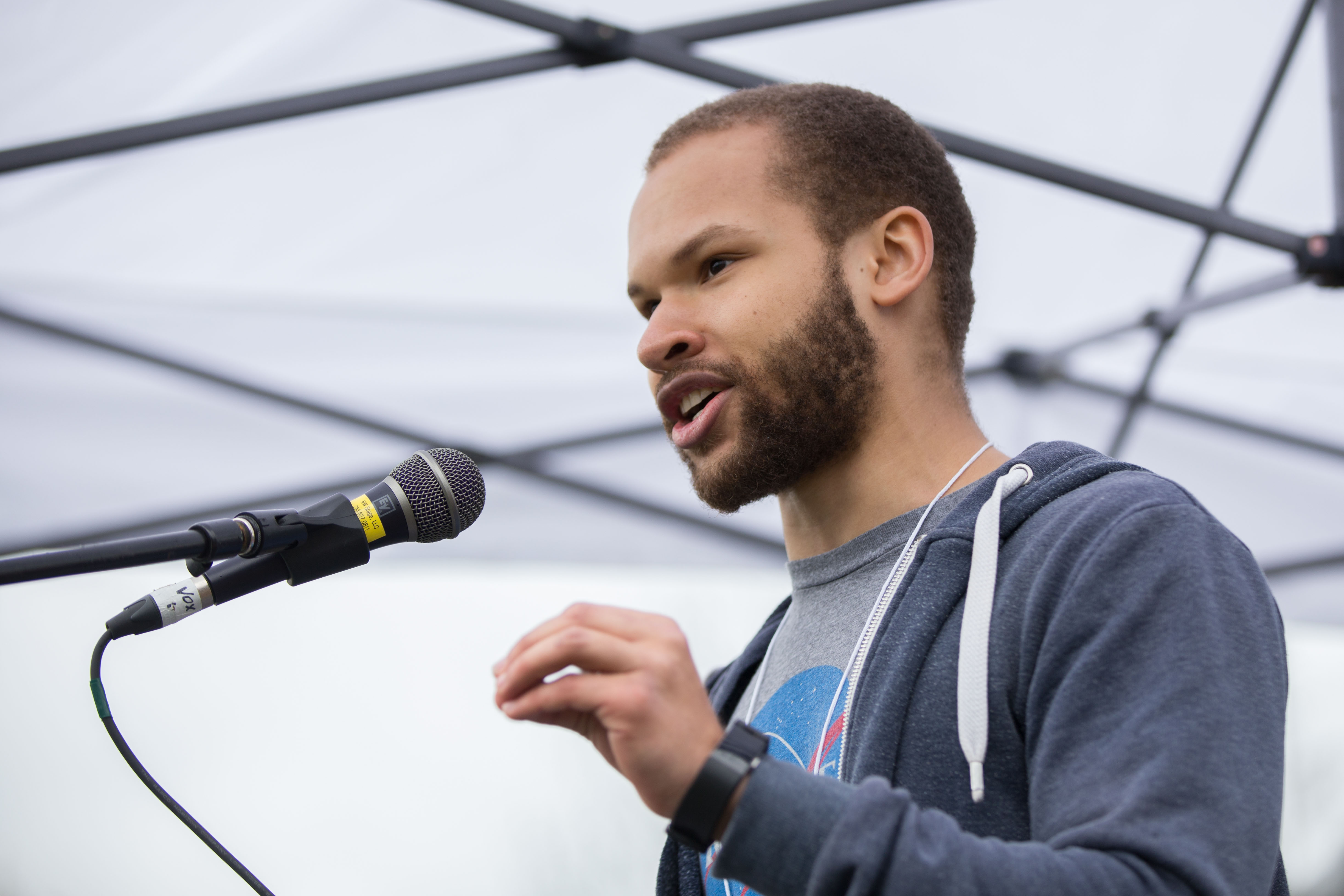 Tyler Valentine speaks to a large crowd at Cal Anderson Park during a March for Science in Seattle on Saturday, April 22.

The following has been adapted from a speech the writer delivered at Seattle's March for Science on April 22.

Throughout my entire life, I have been fascinated by science. But as a black student that spent middle school and high school straddling the poverty line, becoming a scientist seemed like something utterly out of reach. All of the scientists and engineers who you learn about in school are portrayed as these heroic, god-like figures with seemingly unattainable qualities. However, now that I’ve gone through a few years of college and have interned for a few months in the industry, I can tell you something a lot of scientists and engineers might not want you to know.

They. Aren’t. Special. At all.

There is not a special attribute or quality that scientists and engineers have that the average person lacks. All it takes to be a scientist or engineer is curiosity, access to resources and a belief in yourself.

But if that’s true, then why are so many people of color lost along the path to becoming a scientist or engineer? If that’s true, then why do I work at a company where only 2 percent of the employees are black, and that 2 percent is me? Do people of color lack curiosity? Do we lack access to resources? Do we not believe in ourselves? Or is it something even more than all of that? I want to address those questions one by one.

Now, it turns out that what makes us human is our shared sense of curiosity and wonder with the world. It is something that we are born with, but it is also something that we can very easily lose touch with. Every parent wants to give their child the best possible life, but in many families, parents aren’t sure how to encourage their child’s curiosity. In many communities, young people of color don’t have the privilege of exploring their curiosity and their world around them in their free time, as it’s occupied with other work and worries.

Many young people of color are too busy working to help support their families, too busy worrying if or when their family might be deported across an artificial border or too busy worrying about getting arrested or killed by police to even think about pursuing STEM. If a young person of color doesn’t get encouragement at home or isn’t able to pursue their curiosity on their own, then it falls on schools to be a source of encouragement.

However, due to implicit bias, teachers are far less likely to encourage — and more likely to punish — black and brown students when compared to their white peers. Beyond that, there are enormous flaws in our country’s education system that deny opportunities in countless underrepresented communities.

A lot of the flaws stem from the horrendous funding system constructed for our schools. This country decided to fund schools in a large portion off of the property taxes in the neighborhood surrounding the school. However, in low-income communities, families are far less likely to own homes, there are fewer businesses, and as a result, the schools have significantly less funding than middle and upper-class communities. This has the potential to affect almost anyone in the country, but it primarily affects underrepresented people.

Post-emancipation, banks were able to systematically deny home loans to Black and Brown folk across the nation, and if a person of color was able to own a home, the property value in the neighborhood would sharply decrease due to their “undesirable” presence. Because of this, we were forced into ghetto communities without hope of increasing our community’s property value or wealth. The civil rights movement eliminated segregation by law, but de facto segregation still exists, and we continue to suffer the consequences of a system that we did not create. All of these and other struggles increase the likelihood that people of color will deal with mental health problems.

The most common mental struggle that people of color face is our inability to believe in ourselves. Even for those of us who are fortunate enough to make it into and beyond college, we continuously struggle with impostor syndrome: the seemingly unshakeable belief that we aren’t supposed to be here, regardless of how hard we work or how much we achieve. This syndrome is magnified by microaggressions and when our white classmates and coworkers insinuate that we are only here because of affirmative action or that we’re simply a “diversity hire.” Impostor syndrome is like a second shadow that stalks us from one school or company to the next, feeding off representation in the media.

The media has no problem showcasing white male scientists but struggles to represent people of color as anything but criminals. The New Jim Crow feeds off of this representation to perpetuate its social control of black Americans and hide behind the so-called War on Drugs. This system of mass incarceration has made it so that Black men are twice as likely to end up with a felony on their record than with a bachelor’s degree on their resume.

Until Black Lives Matter, and until the New Jim Crow is dismantled piece by piece, we can’t hope to see any meaningful change in the racial and ethnic make-up of our scientists and engineers. Any change that does happen, or has happened, is purely superficial and is done in an effort to obscure the systems of racism and social control that continue to prevail in the United States and afford white Americans innumerable privileges.

Now, all of you have come out today because you believe, as do I, that scientific and technologic progress is the hallmark of modern society, and that it must continue to advance and evolve. However, for that advancement and evolution to occur, the narrative needs to change. The struggles I have described are not limited to people of color but are experienced by immigrants, transgender and queer folk, as well as women.

I urge each of you to return to your school, your lab, or your workplace and change the way you and those around you think about scientists and engineers. The era of the cis, hetero, white, male scientist is over. It is time for all of us to make a conscious effort to be inclusive of people from all backgrounds. 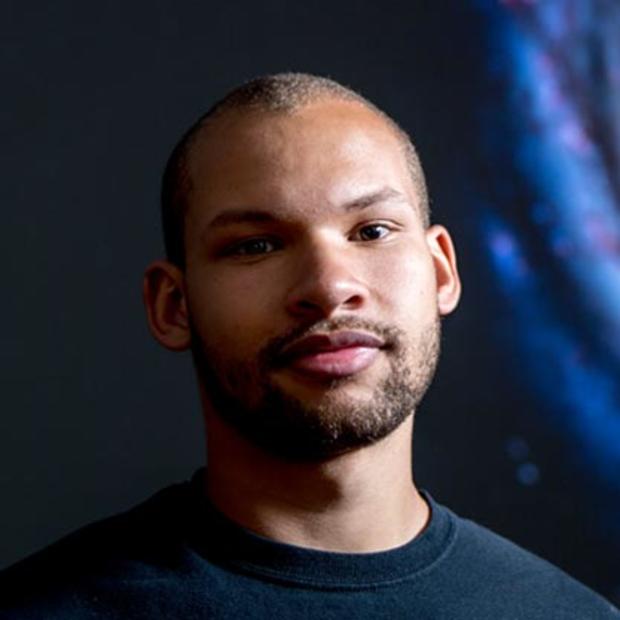 Tyler Valentine is a student at the University of Washington, triple majoring in Astronomy, Physics, and Earth and Space Sciences. Outside of class, he works in the UW's Advanced Propulsion Laboratory and started a student organization for the Washington NASA Space Grant Consortium. He was born in the Spokane Valley.