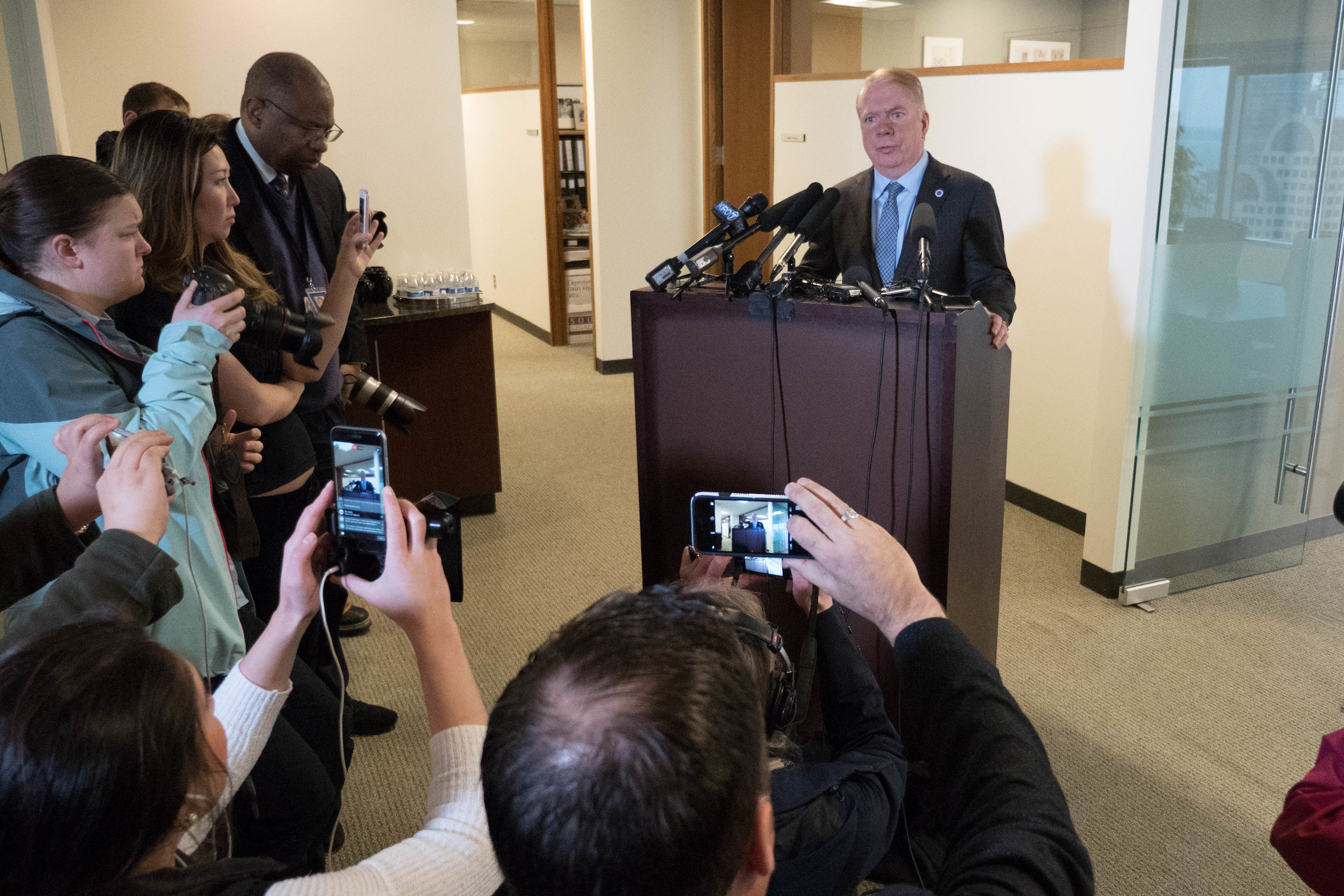 In perhaps the strangest press conference in Seattle history, Mayor Ed Murray's attorney on Tuesday revealed what he called "game-changing" information in the sexual abuse lawsuit against his client: A doctor has confirmed that the mayor does not have a mole on his genitalia.

The mole was a key piece of evidence corroborating allegations, reported last week by the Seattle Times, that Murray had sexually abused three underage boys in the 1980s. One of the alleged victims filed a lawsuit against the mayor on Thursday in King County Superior Court.

The news upended city politics, setting off a rush of rumors about Murray's future and the state of City Hall.

At the press conference, Murray's attorney, Robert Sulkin, called the accusers' anatomical descriptions "the heart of the allegation." Other details that the accusers recalled from the time of the alleged crimes don't hold up to scrutiny, he said. “Addresses and phone numbers are publicly available and not important.”

In light of the new information, Sulkin said, the accuser, who filed the suit under the initials D.H., should drop the case.

Several details in the lawsuit seemed to corroborate the accounts from Murray's other two accusers. Most damning among them were intimate details of his genitals, including a mole. One accuser said it was on his penis, the other on his scrotum.

The mayor now holds a note from his doctor, Dr. Craig Pepin, a gastroenterologist from the Polyclinic, that there is no mole.

Although Murray’s team clearly sees the revelation as a win, it’s unclear what this means moving forward.

From the moment the story broke, Sulkin and Murray spokesperson Jeff Reading have called the accusations a political hit job, landing just weeks before the filing deadline for new mayoral candidates.

Murray himself denied the accusations the day after the story ran. In a crowded news conference in Sulkin's office, he called the accusations "painful" and "simply not true,” speaking for less than two minutes before embracing his husband and refusing to take questions.

Although Murray was not present at Tuesday’s press conference, Sulkin took questions from reporters for the first time since the accusations became public. Asked if he would consider settling the case, Sulkin simply repeated that he thought the accusers should drop it.

D.H.'s lawyer, Lincoln Beauregard, responded that the revelation was inappropriate and that the public had no way to verify the doctor's findings. "We look forward to fighting the merits of this lawsuit in the appropriate venue and exploring the need for an independent medical exam as ordered by the court," he said in a statement.

There are several key schedule points in the next month, including potential depositions. But looming largest over city politics is the filing deadline for new mayoral candidates, on May 19. While no new opponents have declared their candidacy since the story broke, the rumored list is near endless.