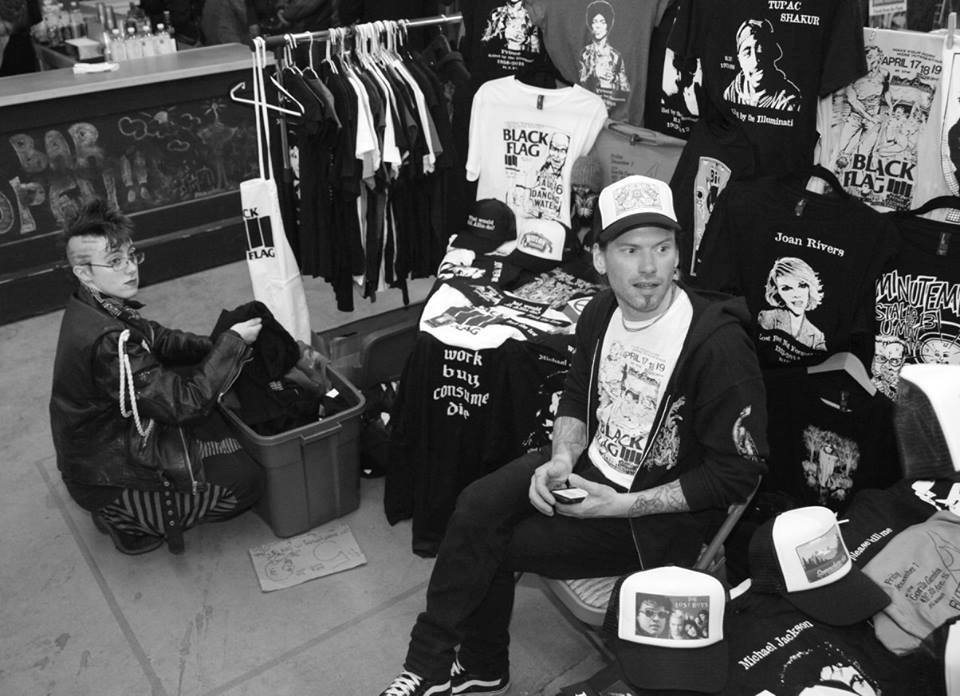 Not that we need to prove it, but instead, prove that Seattle is still SO punk rock. Head to Seattle Center for the Punk Rock Flea Market, described as “a combination police auction and neighborhood swap meet in Andy Warhol's garage.” There will be over 200 vendors selling their arts, crafts and goods. Plus, the six food trucks and band performances and DJ sets mean it's sure to be a good time. Also, enjoy beer from Rainier Beer and Georgetown Brewing Company, knowing that all proceeds benefit the Low Incoming Housing Initiative.

A theatrical gamble by the Seattle Rep (its most expensive production ever) is also a wowzer of a musical that chronicles the rise of Imelda Marcos from poor peasant girl in the Phillippines to self-centered, glam and power-hungry First Lady. No, actually, there is not any discussion of her massive shoe collection. Yes, in fact, there is a giant disco ball and this show, billed as an immersive experience, deserves to be viewed (if you can afford it) from floor level. Poignant in parts, wildly fun in others, the ending packs a punch about the power of people to change history. And it needs to be pointed out: this cast is mostly/nearly all Asian/Asian-American, which is a rare and most welcomed sight.

What are little girls made of? You've heard the nursery rhyme, "Sugar, spice and everything nice." Now a new exhibit by Michelle de la Vega delves into the theme many women have been taught since they were young — the notion of women as commodities. "The Sugar Project" is a multi-disciplinary installation with sugar being used as a medium and as a metaphor to represent women as sweet commodities that exist to be consumed. The artist has held seven different sugar writing events throughout Seattle, where she asked the question, "What would the world feel like if women didn't experience violence?" Look for their answers on the floor of de la Vega's exhibit written in sugar. The installation will be exhibited through a two-gallery partnership between Oxbow Installation Gallery (April 8-May 13) and Bridge Productions (April 6-29) in the Georgetown neighborhood of Seattle.

If you go: The Sugar Project, Oxbow and Bridge Productions, through May 13 (Free)—C.R.

I have the Langston Hughes African American Film Festival to thank for introducing me to the work of Ava Duvernay — back in 2011, years before she was being nominated for Oscars or was a known name or gracing TIME’s 100 list. That’s how smart this festival is in introducing the public to all facets of Black cinema. This year’s lineup includes 90 Days, a film about life with HIV, directed by Nathan Hale Williams and Jennia Fredrique Aponte; the Stephanie Johnes documentary about double dutch called DOUBLETIME; and a 360-degree video of the world by filmmaker Paul Jackson. Screenings often include talkbacks with the filmmakers.

Residential Architecture in Seattle and Environs, 1880-2000

It’s been nearly seven years since I first went to a lecture at Seattle Public Library by UW Professor and architectural historian Jeffrey Karl Ochsner. I still think about what I learned all the time (each time I go past the Fremont Library, I remember the batch of Seattle libraries of the same era) but more than that, I gained a new way of looking at my city. I’ve always been curious but Ochsner’s lectures, which are well-paced, funny, and engaging, gave me tools to look at a building and ask the question “But what does it mean?” Sometimes I knew the answer (from Ochsner’s lectures) but if not, I had the confidence to try to find out. I recommend that EVERYONE go to this lecture and refresh their appreciation for the architecture of Seattle, and the many stories it can tell us.